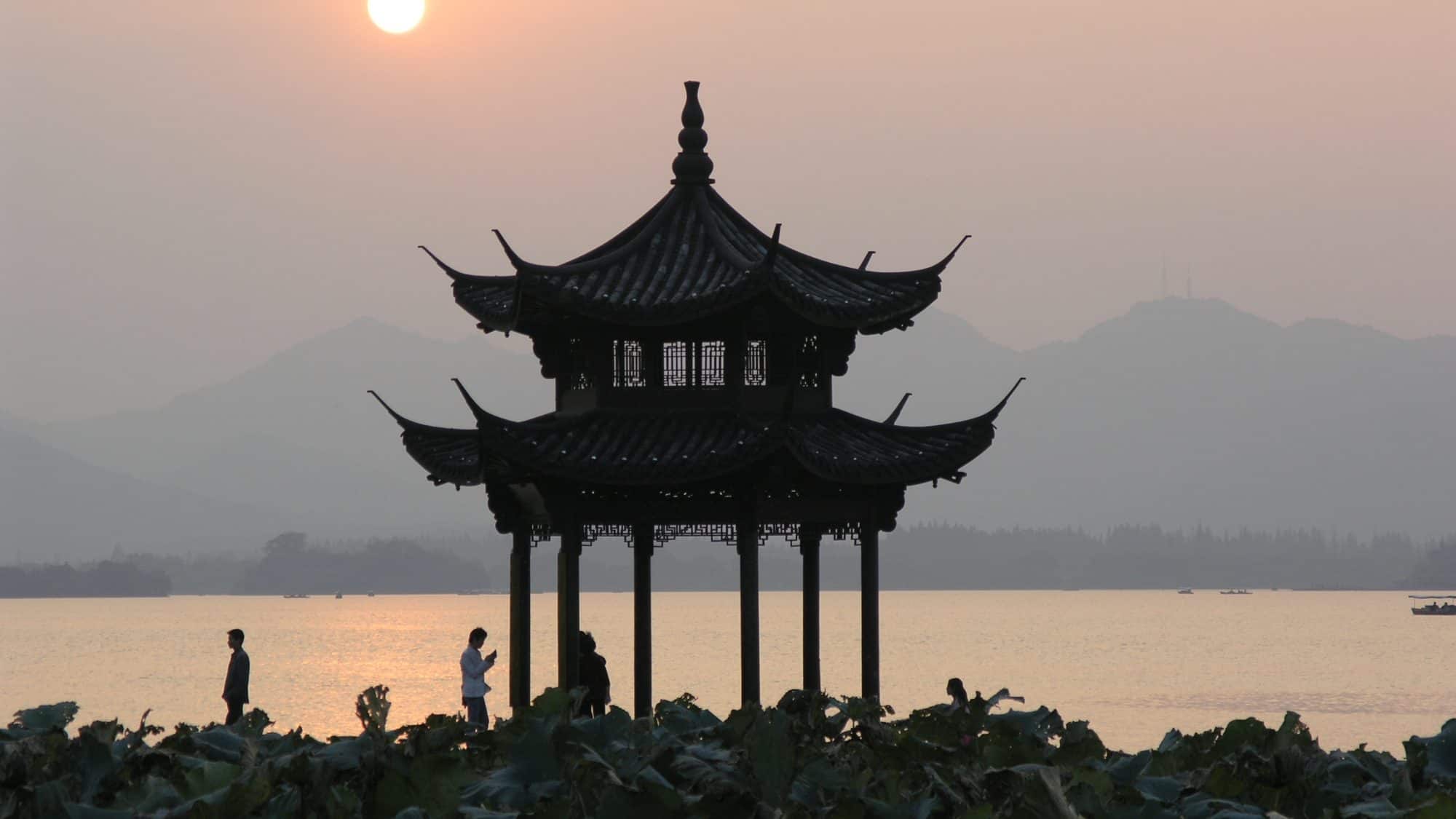 We woke early, breakfasted and were ready in the lobby of the hotel at 8am, ready for the big day – visiting Daji’s home for the first 3 years of his life, the Yiwu SWI. Our guide for the day, Lili, was waiting for us and we left with the driver in a small bus. Yiwu is 100 km south of Hangzhou and is the home of the worlds largest small commodities market, where you can buy almost anything (as long as you need 100+ of them!). It is also the sock capital of the world producing a reported 3 billion pairs of socks yearly and the fashion jewelry capital of China.

It took a little less than 2,5 hours to get to Yiwu along the Hangzhou-Jinhua Expressway, an hour of which was just to get out of Hangzhou. The Expressway seemed to follow a valley with small mountains on either side. The countryside was green, with the odd factory and small town along the way – becoming more numerous as we got closer to Yiwu.

From the little we saw of Yiwu it looked the clean and prosperous town it is supposed to be. The SWI seemed to be more or less in the centre of town. We arrived and were met by the Director and one of the nannies/assistants. They took us to a meeting room with a massive TV. October 15th was the opening day of the National Congress (held every 5 years) and the speech made by Hu Jintao (the General Secretary) was blasting out, and was not switched off – being only held every 5th year and not wanting to upset our hosts, we didn’t say anything – but it was distracting.

We asked a number of questions about Daji, but didn’t learn anything new. The Director was new since the time Daji had stayed there, and the nanny didn’t recall Daji. The deputy Director, one of the men who brought Daji to Hangzhou five years earlier was unfortunately out of town – at hospital with one of the children – and he was the only person with the keys to the cupboard with Daji’s file, so we couldn’t even see that. It was all very disappointing.

We made a tour of the SWI. The babies were together in one room on the first floor, the older children slept in a separate room – which we didn’t see. Whilst we were there, all the children lay in their cots, apart from a few older children – the rest of the older children were probably in school. There were 31 cots crammed into one fairly dark and uninviting room without anywhere for the babies to crawl. I don’t think there was any point whilst we were in the room, where there wasn’t at least one baby crying. Most of the cots were occupied by children ranging from a few days old to 18 months. Many had some kind of physical disorder, and the director told us that many of the others had mental disorders. He also told us that most of the children were now adopted by Chinese families, and given the prosperity of Yiwu, almost all the children that were abandoned had some kind of disorder and that fewer and fewer children were being abandoned. There were four nannies looking after the children. We were asked not to take pictures inside the rooms.

It was difficult not to compare Yiwu with Jinchang, which we had visited 18 months earlier – to be truthful we were a bit shocked by the conditions in Yiwu, which seemed run down. In Jinchang, the rooms were light with large windows and the children were split up after their age with ca. 12 children per room, and a playpen in the middle of each room. There seemed little to stimulate the children at Yiwu.

Perhaps the conditions explained some of the problems Daji had when he first came to Denmark, where he woke 10 times per night, at the slightest sound. The nannies we met didn’t show any interest in Daji – not helped by the fact that we’d left his pictures at home, and the SWI couldn’t get his dossier. Lene recognised one of the nannies who had looked after Daji, from some pictures we’d been given when Daji was handed over. She told us that Daji could not speak clearly at the SWI – so his speech problem was a problem that had already existed whilst he was at the SWI – but did not appear on the medical papers that were sent to us. One of the babies had a fairly large cleft and we asked the nannie how this compared to Daji’s cleft. She told us, to our surprise, that Daji’s cleft had been even bigger.

After the tour of the SWI we were invited for lunch. We drove a few blocks to a restaurant on the top floor of a high-rise building. The restaurant was massive; I think the Director told us that more than 1.000 people could eat here in one sitting. As so often in China we were shown into a small private room. We enjoyed a delicious meal of various Chinese dishes.

After lunch we went back to the SWI, took some photos outside the SWI, gave the Director our presents and a donation to the SWI – although the Director assured us that it wasn’t necessary. The Director presented Daji with a box of very fine chopsticks. We said our goodbyes and thanked the Director for his hospitality. Daji hadn’t reacted to anything, didn’t recognise anything and wasn’t at all interested – apart from the playground. But at least we’ve seen it now – and it does make you wonder about the conditions at some of the other SWI’s in China that aren’t yet open for adoption.

As with the Jinchang SWI, there was an old peoples home on the grounds of the SWI, and some of the elders were outside enjoying the warm weather.

Whilst we were in Yiwu, we wanted to see the Small Commodities market. In 2007, the market earned a AAAA rating from the China National Tourism Administration – a distinction that ranks it alongside the Great Wall, the Terra Cotta Warriors, and the Forbidden City and clearly a sign of what’s important in China just now. Yiwu’s slogan is “a sea of commodities, a paradise for shoppers.” Although in the middle of nowhere, traders come from all over the world to buy goods in bulk. There’s a scarf district, a plastic bag market, an avenue where every shop sells elastic, for buttons one takes a stroll down Binwang Zipper Professional Street, 80% of the worlds Christmas decorations pass via Yiwu, and so on and so on. The market has more than 30,000 stalls, covering the equivalent of 175 football fields — if you spent one minute at each shop, eight hours a day, you’ll leave two months later – and that is in 2007. It continuers to grow.

We ended up in the toys area, seeing shops that just sold helicopters, Father Christmas’s, plastic balls, dolls etc. etc. You truly get an idea of the size of the place. In one of the shops we asked about the minimum number of items one could purchase and were told 100 -1.000 depending on what it was, preferably 10.000.

We left the market and drove back to Hangzhou arriving in the late afternoon. We said goodbye to the guide and the driver offloaded our things and went for a walk by the West Lake. The weather was pleasant and we stopped for coffee and candy floss, saw the music-light-fountain show and ending up shopping in Carrefour (a French supermarket chain) where we bought food for a light dinner in our hotel room. Although it wasn’t a comparable experience to our trip to Jinchang, it was good hat we’d seen the SWI and we were all a bit tired after the experience. Daji hasn’t mentioned it since!