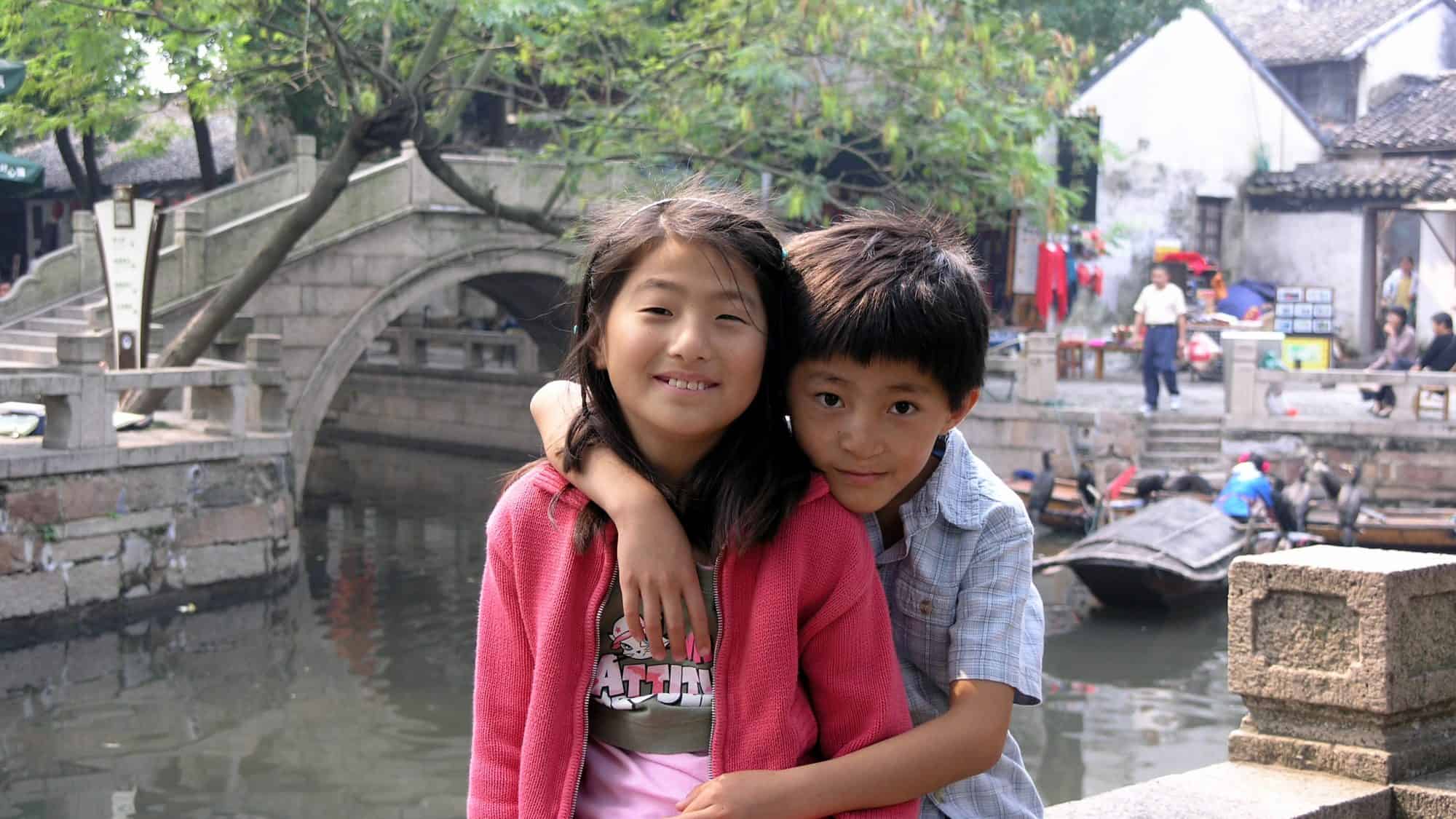 We woke fairly early and went down for breakfast. The breakfast room was large and there was a chef making noodles, which made Yanmei happy – as she even likes noodles for breakfast – and intrigued Daji as he just couldn’t understand how long noodles could be transformed from a clump of dough.

We took a taxi to the southern bus station and arrived 10 minutes before the hourly bus to Tongli – which just gave us time to buy tickets – 8RMB for adults and 4RMB for children. Tongli is one of the many ancient water towns in the south of the Yangtze River Delta, which are famous for their canals, ancient bridges and house complexes. Tongli is separated by 15 canals into seven islands, which are connected through 49 ancient bridges. Tongli was established in the Song Dynasty and has over 1000 years of history, with many houses and temples from the Ming and Qing dynasties, as well as traditional gardens.

The bus trip took an hour and was pretty uneventful; there were a couple of other “foreigners” on the bus, which was full. From the bus station in Tongli we walked along a cobbled street with shops on both sides before arriving at the entrance to the historic town and purchased tickets -80RMB each.

We spent a pleasant few hours wandering around the village, following the canals, walking across the bridges and visiting the gardens, the most beautiful of which was Tuisi Garden – meaning Retreat and Reflect. The host of the garden had been an army officer and wanted a garden designed on the phrase “Forward to be fully loyal, and retreat to reflect fault”. Half the garden is covered by water and the other half by differing landscapes and houses. The garden is very elegant and varied, and it is quite amazing that so many landscapes can be fitted into such a small garden.

Lene was feeling under the weather, perhaps because of the meal the day before, and had to have a number of toilet stops throughout the day. I can imagine that Tongli is packed with tourists during the summer, but in October, despite the very pleasant weather, it was quiet and enjoyable.

Around 2pm we walked back towards the bus station, passing the three-wheeled taxis and buying a few local snacks on the way. We were all a bit tired and napped on and off on the way back. The bus took us to the bus station next to the train station which was miles from the hotel. We walked back towards town, visiting the North Temple Pagoda, evidently one of Suzhou’s less restored and therefore more authentic, temple attractions. Built in the 3rd century, and rebuilt in the Ming Dynasty, North Temple Pagoda (Beisi Ta) towers over Suzhou with some great views of the city. It was a bit hazy when we were there, Yanmei, Daji and Steven climbing the very steep stairs to the top. Lene was still feeling ill, so she stayed in the gardens.

We walked back into town, but took a taxi back to the hotel. Lene rested and Yanmei and Daji started watching a film where the children locked their parents in the cellar as they had talked about getting divorced. They loved it, so Steven went out to find some food – which was easier said than done – eventually returning with some yoghurt, fruit, bread and snacks. We went to bed fairly early!