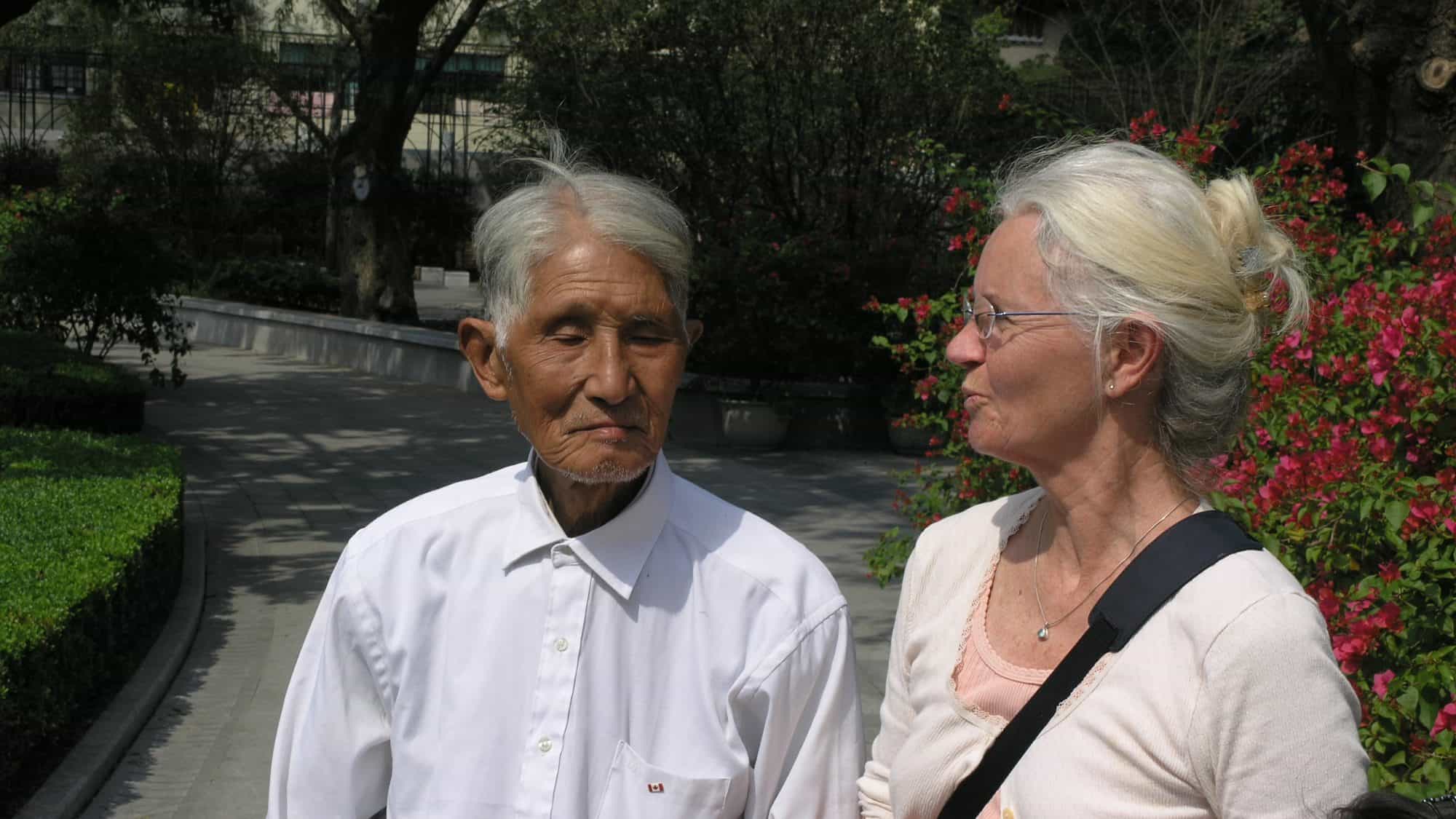 Happy Birthday Yanmei! Yanmei celebrated her 10th birthday in Shanghai – the 3rd time she celebrated her birthday in China (although we have no idea whether her first 2 were celebrated or not!) and the 6th time outside Denmark. We’d already given her a present, an iPod she could use on the trip, before leaving Denmark, so she started the day opening a few small presents before going for breakfast.

The weather was beautiful, the sun was shining from a clear blue sky – in fact the next grey day we experienced, was when we were back in Denmark. We walked through a park with bushes cut as dolphins, exercise frames and a sculpture of two people and a bike. As in each and every park we have been in, in China, older people were enjoying the good weather playing Chinese chess or similar.

Today we planned to take in the French Concession. The French arrived in 1846 and in their part of town the streets were lined with trees and the shuttered houses resembled small French towns of the time. Even today many remain intact, but as with everywhere in China, the construction boom is taking its toll. Typically French, they refused to join the International Concession formed in 1863, so they had their own power, bus and legal systems – in their 10 square kilometre quarter.

Soon crooks, gangsters, refugees, communist revolutionaries, adventurers and whores outnumbered the French – but there is no doubt that the French have left a lasting mark, and from what we saw of Shanghai, the French Concession is Shanghai’s most charming neighbourhood. Today the French Concession houses Shanghai’s hippest bars and in-restaurants, as well as pedestrian streets, malls and cafes – including Xintianda an area of mostly new, but also some restored, traditional stone-gate houses, housing some of Shanghai’s most expensive restaurants and bars.

We reached the French Concession and started by visiting the Memorial for the site of the First National Congress of the Communist Party of China, where the first congress of the Chinese Communist Party was held on July 23, 1921. In 1952, the meeting place was turned into a memorial hall with exhibition halls recreating the days of history. The exhibits contain relics of the congress and its participants including a very realistic wax figure scene showing young Mao Ze Dong in discussion with his comrades.

We spent a pleasant morning walking the streets, visiting the French Park with its statues of Karl Marx and Friedrich Engels, the former residence’s of Sun Yat-sen (founder of the Chinese Republic) and Zhou Enlai (#2 to Mao), strolling the gardens of Ruijin Hotel, formerly the estate of the owner of the North China Daily News, with wide lawns and villa’s with stained glass windows, relics of the privilliged life of the wealthy foreigners led in Shanghai.

In the French Park we met an elderly gentleman, well educated, speaking perfect English even though he’d never been outside China. He told us he was a victim of the Cultural Revolution, imprisoned for a number of years. He knew about Denmark: the Little Mermaid, HC Anderson and that Denmark historically relied on fishing and agriculture, as well as pinpointing Denmark on a map he carried around.

We made our way back to the hotel, stopping on the way to admire a couple of Shanghai’s most exclusive hotels. Steven was sent out to find cakes and we duly celebrated Yanmei’s birthday. The cakes looked better than they tasted, most Chinese cakes seem to be of sponge and whipped cream.

Yanmei wanted noodles, so we eat at the same restaurant we’d eaten a couple of days earlier, and then walked towards the Bund to see the skyline by night. The Bund was packed with people enjoying the view and there’s no doubt that it’s a spectacular sight at night. We made our way back to the hotel, tired and a bit cold, and started packing, ready for the next step of our journey. 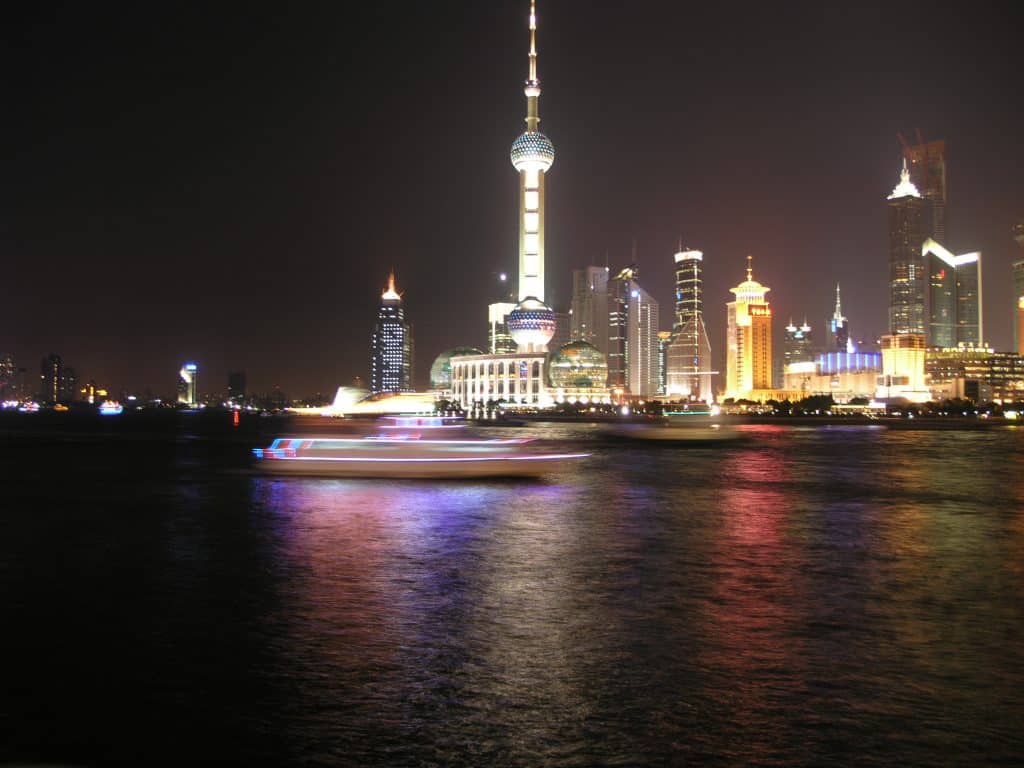