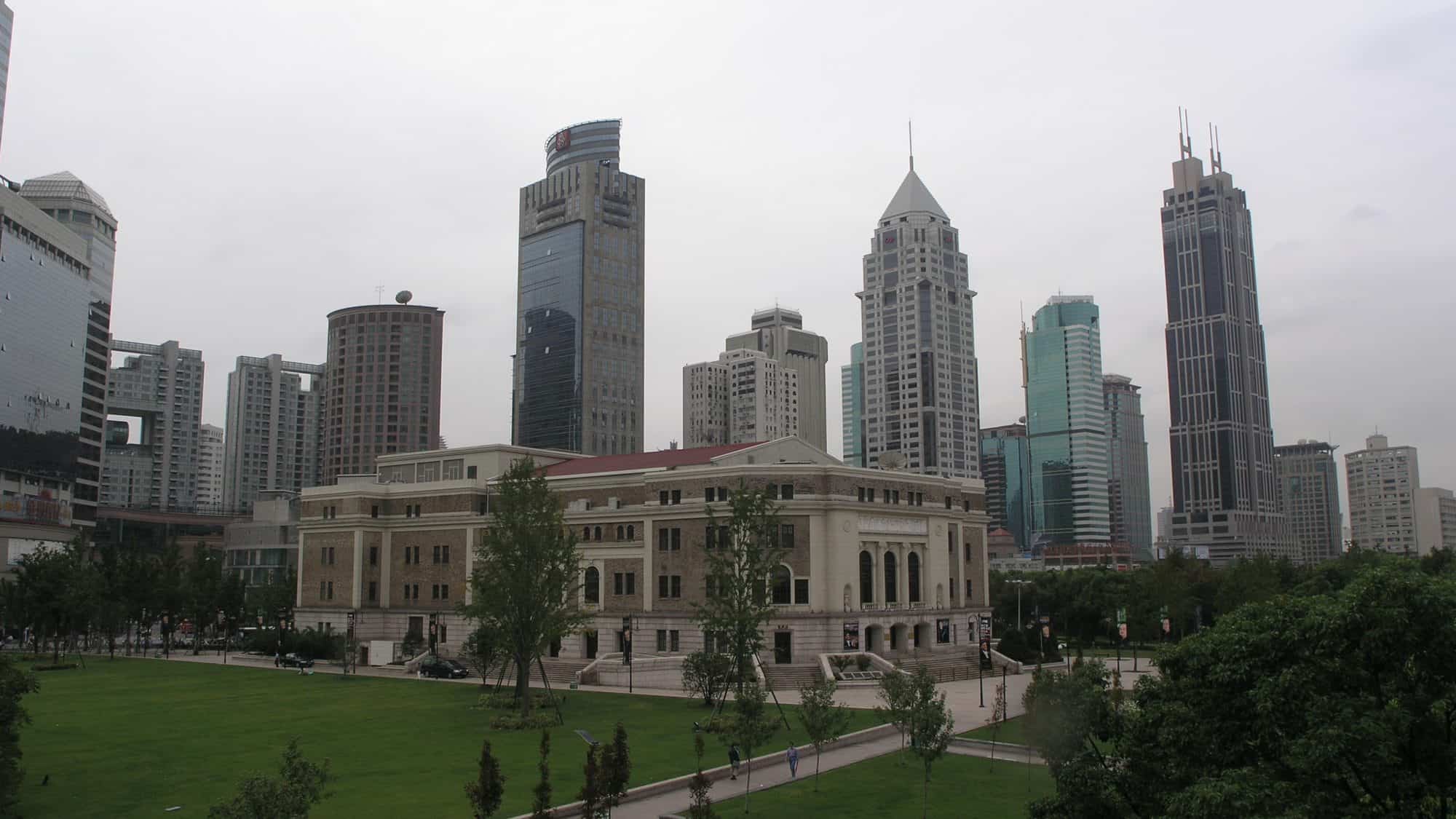 We slept well, woke around 8am and looked out at grey clouds and rain – not drizzle, but fairly heavy rain. Even worse, it looked like it was going to rain all day – and it did. We breakfasted and hung out, but wanted to get out and see Shanghai – we should have stayed in!

We left the hotel and asked for a taxi to be dropped off at one end of Nanjing Lu, the most famous shopping street in China. The receptionist at the hotel must of thought we were going to the Special Olympic Games that were taking place in Shanghai, so that’s where the taxi ended up taking us. We’d paid and got out before we realised the mistake and were already wet by the time we’d hailed another taxi, which took us to the western end, Nanjing Xi Lu.

Nanjing Lu is celebrated for its large department stores, silk shops and fashionable clothing stores. In colonial Shanghai it was the main thoroughfare running through the International settlement and beyond to the horse-race tracks. Today at the western end are the fashionable department stores, in the middle of the People’s Park and to the east the pedestrian shopping street and the Bund.

We walked for an hour, in and out of the department stores and shops, concentrating more on not getting wet than actually seeing anything, and certainly not buying anything. In Plazza 66 – the most upscale department store – we managed to get told off for not putting our umbrella in a plastic bag before entering! Given the floors are marble, a puddle of water does make them extremely slippery.

After an hour or so we were soaked, the umbrellas were no longer of any use, the wind between the high-rise building turning them inside out. We hailed a taxi and went back to the hotel to dry out. We stayed at the hotel during the afternoon watching the rain pelt down and the traffic stand still. As it started to turn dark, the rain seemed to subside a bit so we decided to walk back to the pedestrian street to find a place to eat.

It continued to rain off and on (more on than off), but we made it to the pedestrian street more or less dry, diving into a covered passageway or shop whenever it started to rain. There were broken umbrella’s everywhere. We were a bit concerned whether the rain would continue the coming days, and the children were a bit tired of the whole thing. So we bought some peace and quiet by eating at Burger King and buying cakes before rushing back to the hotel to dry out yet again.