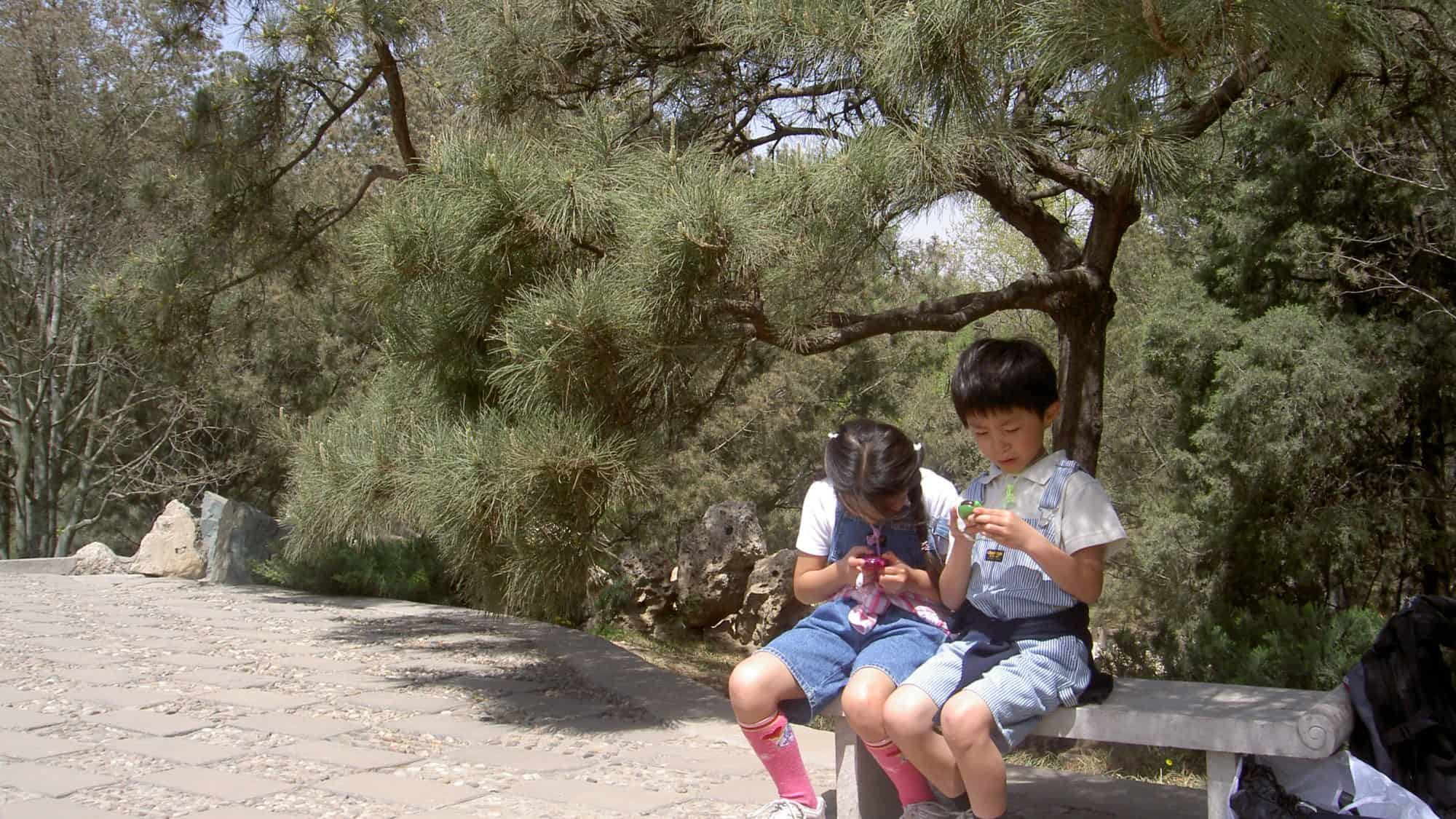 Another beautiful sunny day awaited us. We slept until around 8am and breakfasted. It was wonderful to have a varied breakfast again – cereal, omelette, toast and marmalade. Today was going to be shopping day, so we took a taxi to the new Silk Alley – now indoors – 5 floors, plus three more underground.

We arrived at around 10am and it wasn’t too full. We walked the floors and bought a dress for Yanmei, jumper for Daji and some T-shirts for Thomas and the children. Yanmei and Daji bought a couple of Japanese electronic tamagoti’s. Steven negotiated down to about 25-30% of the initial price – but probably still too much. Lene and Steven didn’t buy anything – the haggling gets too much too quickly, and as it turned out we bought far more, for far less in the traditional shops later in the day. 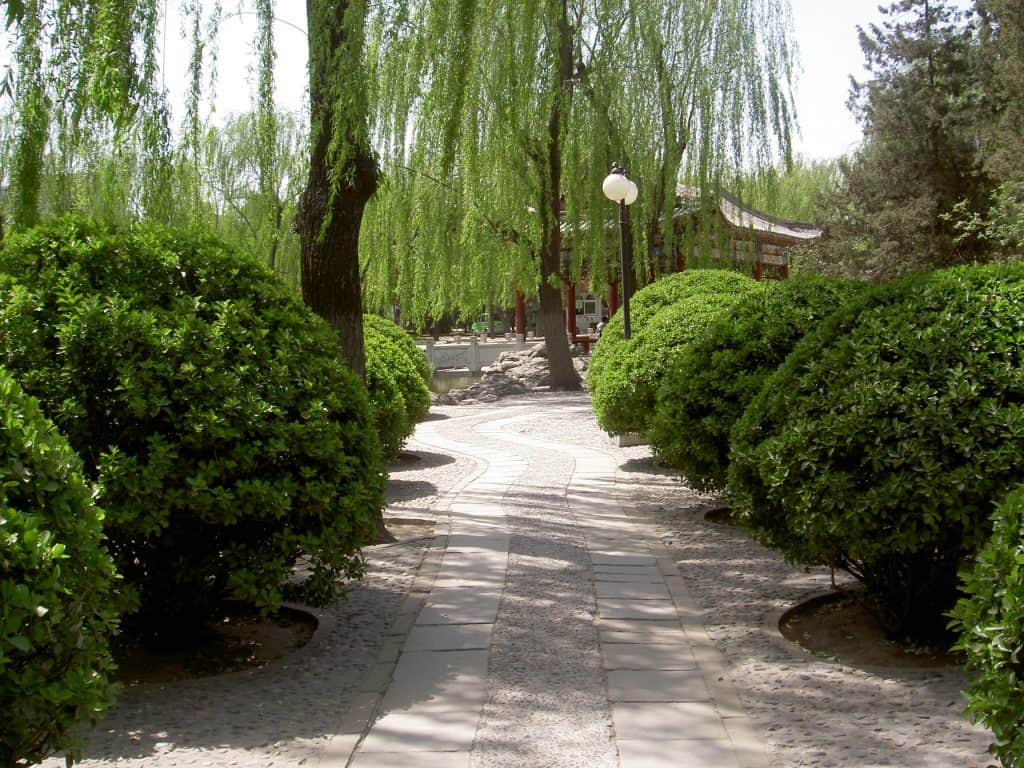 We walked through the embassy area and visited Ritan Part, built in 1530 as an alter for sacrifice to the sun. Supposedly there are normally lots of kite flyers here, but today there was a multi-cultural presentation arranged by some of the expatriates in Beijing in the alter area. Yanmei and Daji played with their new tamagoti’s and spent sometime in the playground. It was easy to see that this is part of the richer Beijing, lots of foreigners and well dressed Chinese, some even with nannies to look after their child!

We walked back towards the centre of town – through the Russian part of town, where everything was in Russian and evidently where Russians arrive by train with empty bags and return home with tens of bags packed with all sorts of things that are difficult to get in Russia. Whether this is history, or still the case I don’t know, but the area was packed. 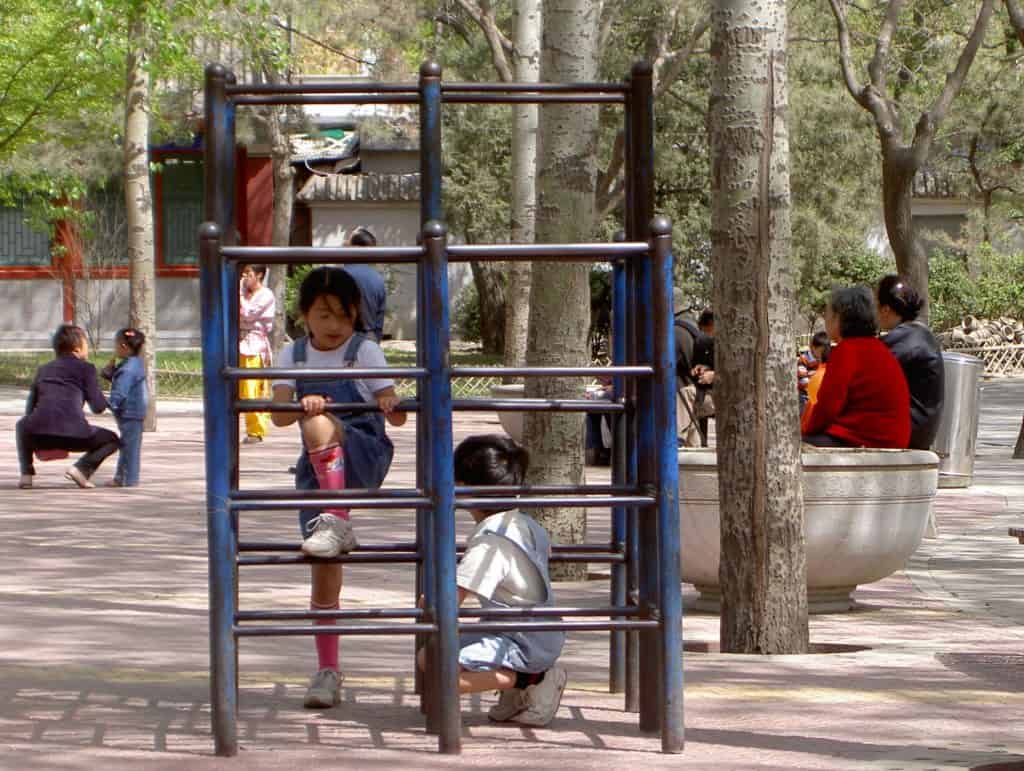 We walked towards the centre of town buying Beijing Pizza on the way and stopping for coffee and tea. It rained for a few minutes and we walked around the basement of Oriental Plaza (Asia’s biggest Shopping Mall). Whilst Lene was buying cakes, Steven noticed a large record shop and went shopping for CD’s – and finding two more CD’s with Beijing’s Angelic Choir (Yanmei’s favourite Chinese CD with a boy’s choir singing traditional Chinese songs) amongst others. 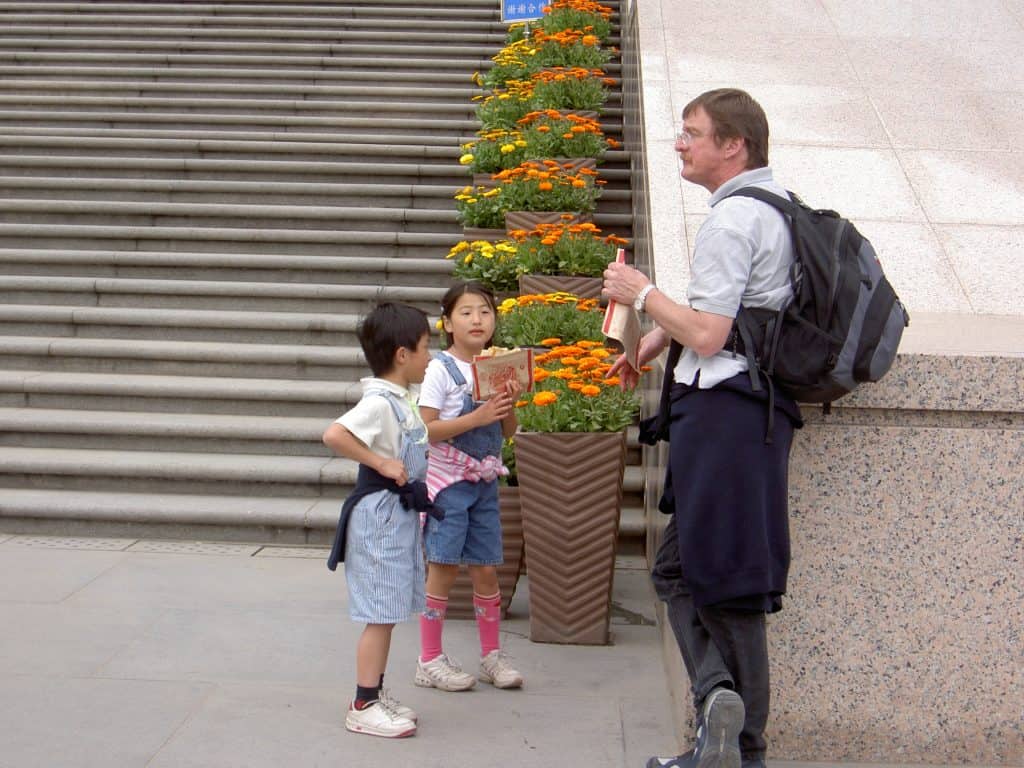 We walked up Wangfujing and into one of the large department stores. It was here we realised what a waste of time and effort the Silk Alley was when looking for normal clothes, not least for children. We ended up buying lots of clothes for Yanmei and Daji – in fact we barely spent more that we’d spent on the Silk market, but bought shoes, dresses, trousers, a jacket, t-shirts and more – there were bargain boxes everywhere, often to 30-50% of the original price.

We walked back to the hotel. The children watched TV, Lene looking through all the clothes and shoes we’d managed to buy, whilst Steven checked the Internet and mails from Thomas before taking a walk around the local neighbourhood. The main road the went east-west past the hotel had new tarmac during the 10 days were were away from the hotel. On the smaller streets everything was dusty and covered in sand – the first sign that the sandstorm which was the reason we had to leave Jinchang, had existed and dropped 330.000 tons of sand on Beijing. 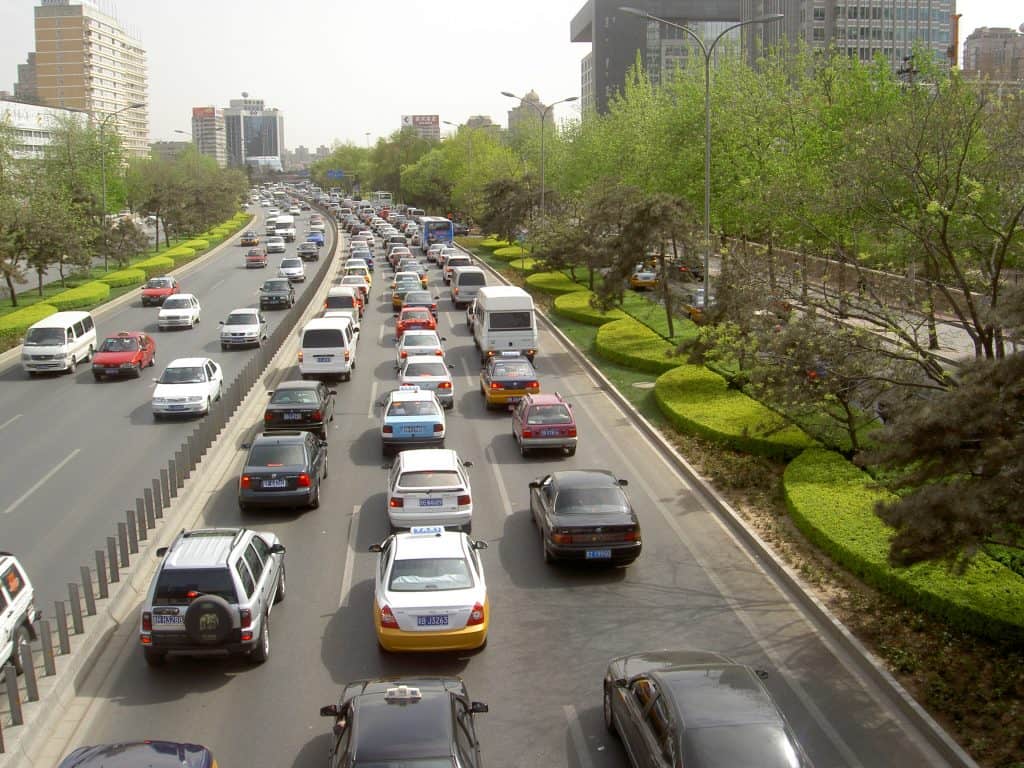 In the evening we eat at the restaurant around the corner from the hotel – next to the theatre – where we’d eaten during our first days in Beijing. Again the food was excellent and cheap (150RMB).