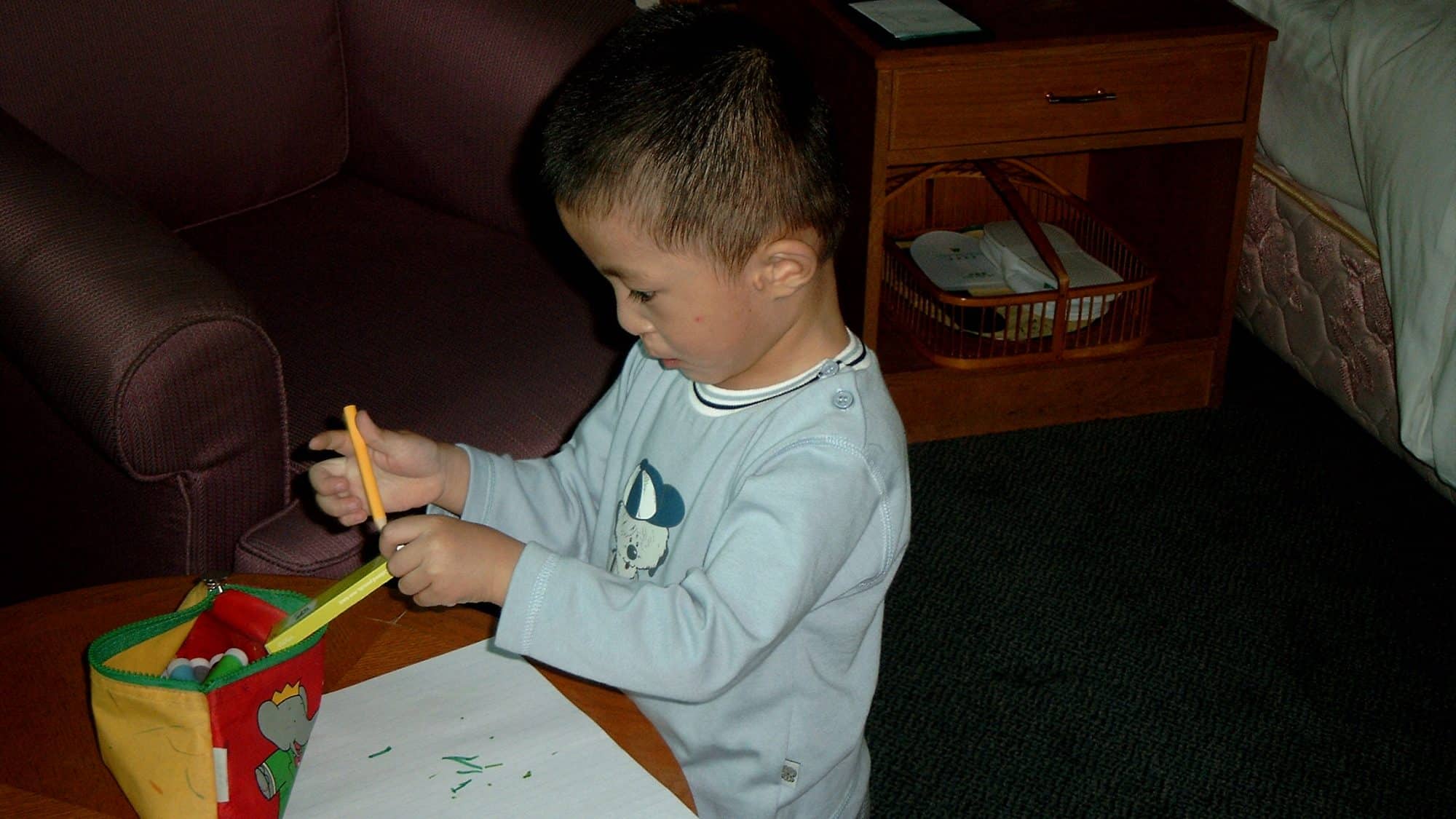 Another good nights sleep, no nightmares or waking up during the night. Daji must sleep fairly lightly, because as soon as there’s any movement in the morning, he’s awake. Of course he was used to getting up early at the orphanage – or perhaps he can see through his open eyes whilst he’s asleep 🙂

Today there were no official meetings planned. It was still raining. Nancy wanted us to visit the National Tea Museum, which partly took place outside; but the group wanted to do something drier. Instead we visited a local department store – one where “normal” Chinese people shop. It was certainly packed and we didn’t meet any other foreigners. 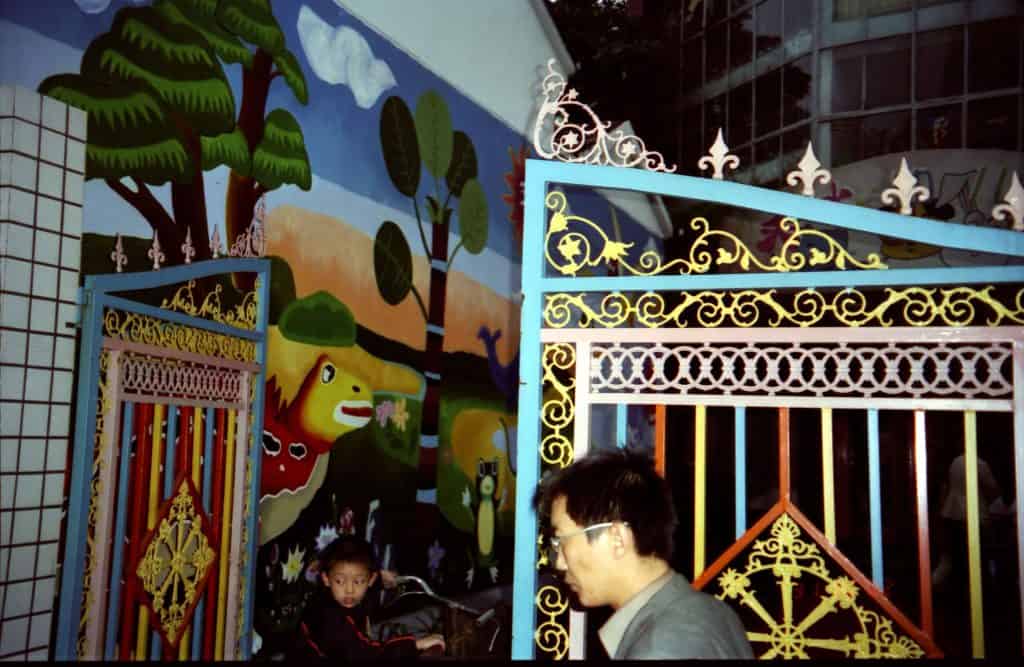 Whilst shopping, we were stopped by a number of Chinese, who were interested in why we had Chinese children. One young lady thanked us for adopting Daji – on behalf of the people of the Republic of China. When she asked him whether he was happy, he looked up at us and smiled to us – we assume that he must have understood what she said to him. We spent the morning in the store, buying a few things for Daji and Yanmei, as well as groceries. One lady, seeing that Yanmei was sucking her finger, asked her whether she wasn’t too old to be doing that. Unfortunately, it didn’t have any great affect on Yanmei. Usually one person stopped us and then a crowd would gather – the person speaking English translating for the crowd.

Daji’s laughing continued throughout the day. Again he was close to tears when he didn’t get his own way. We wanted him to cry, for him to understand that it is a natural reaction – at least better than the unnatural laughing. However we couldn’t just make him cry. 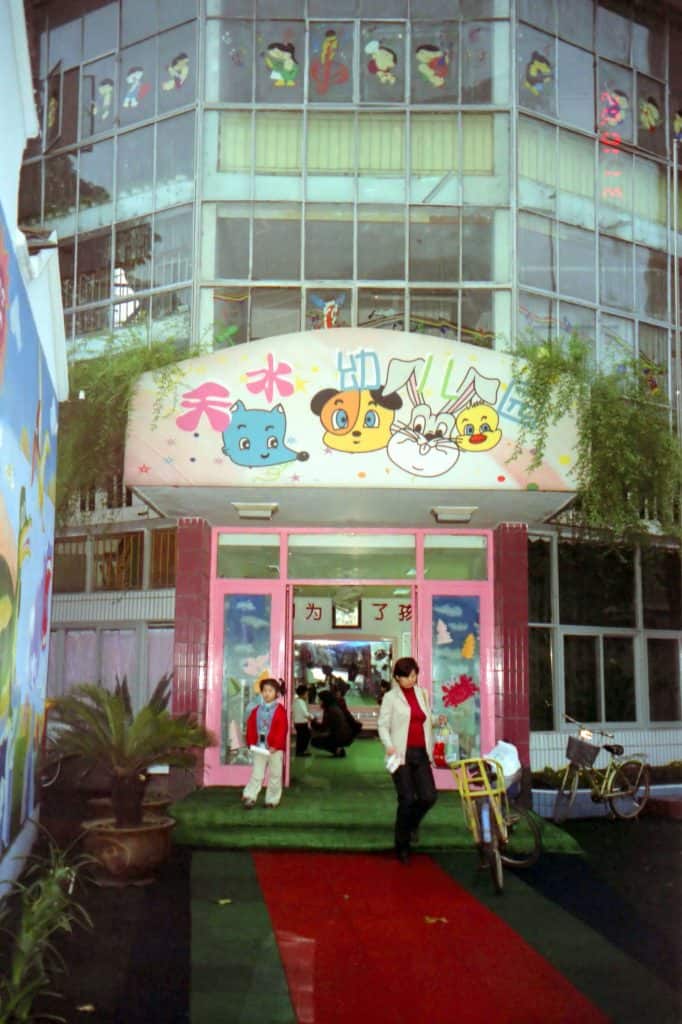 Back at the hotel, Steven unintentionally flushed the toilet – which was one of Daji’s rituals. Daji had a tantrum and hit out at Steven, who caught his arm and kept hold of it. Daji started to laugh and the tears started to well up in his eyes. Steven kept hold of his arm and told him that he shouldn’t try and hit people (even though we knew he had no chance of understanding it). He laughed more and more, but was also closer and closer to tears. Eventually Daji started to cry! Steven lay with him in his arms and Daji fell asleep – still whimpering. But we hoped that Daji now understood that it was OK to cry and that we’d still love and take care of him even if he cried.

The effect was immediate, Daji began to cry when he was unhappy – unfortunately most often because he wasn’t getting his own way (but at least we felt that it was a more “natural” reaction!). The laughing was still there, but it was less and less pronounced over the next few days.

Beyond the laughing and hysterics, we were also unprepared for the need to set limits for Daji – at such an early stage. With Yanmei months passed before this was seriously necessary. However Daji was almost a complete opposite to Yanmei. He was highly mobile and everything happened at 200 mph – at times he was a danger unto himself. When he fell, ran into walls, doors etc. he never showed any pain (this isn’t uncommon for adopted children), so whilst living in a confined space, we had to calm him down and try and explain, as best we could, what was and wasn’t allowed. He quickly learnt what ‘Yes’ and ‘No’ meant – but would often totally ignore a ‘No’. It was also necessary to limit his intake of food – he got plenty to eat, both at mealtimes and between meals; but seemingly wanted to eat non-stop (again not uncommon for adopted children). He had a strong will and knew what he wanted – if he didn’t get what he wanted, his reaction could be anger, hysterics or just doing it anyway.

The next few days were largely spent trying to ‘help’ him behave naturally and properly; at the same time showing him that we loved and cared for him. It was tough going, but day by day, the results were clear to see. 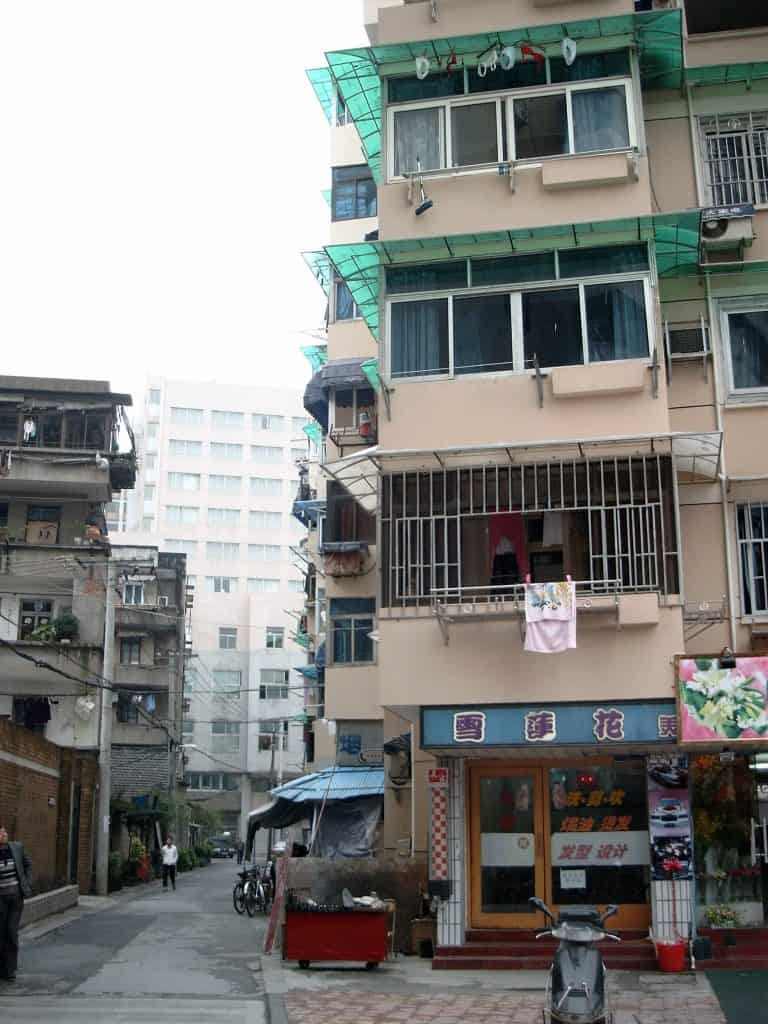 The weather cleared up a little in the afternoon, and we went for a long walk with Daji. Yanmei stayed and played with the other girls. We ended up in some small streets in a residential area where school had just finished. It was fun to see all the children leaving school in their uniforms, still others sitting in their parents shops doing their homework. We found a CD shop with CD’s at 8RMB (8DKR/1USD), and the worlds largest (?) shoe shop – 4 floors of shoes, shoes and more shoes. The Chinese must really love shoes. Daji generated great interest here. Unfortunately, of the 1000’s of shoes only a few were for children, but Lene returned on two occasions, buying shoes for both Yanmei and Daji. We don’t need to worry about shoes for them, at least through 2003! 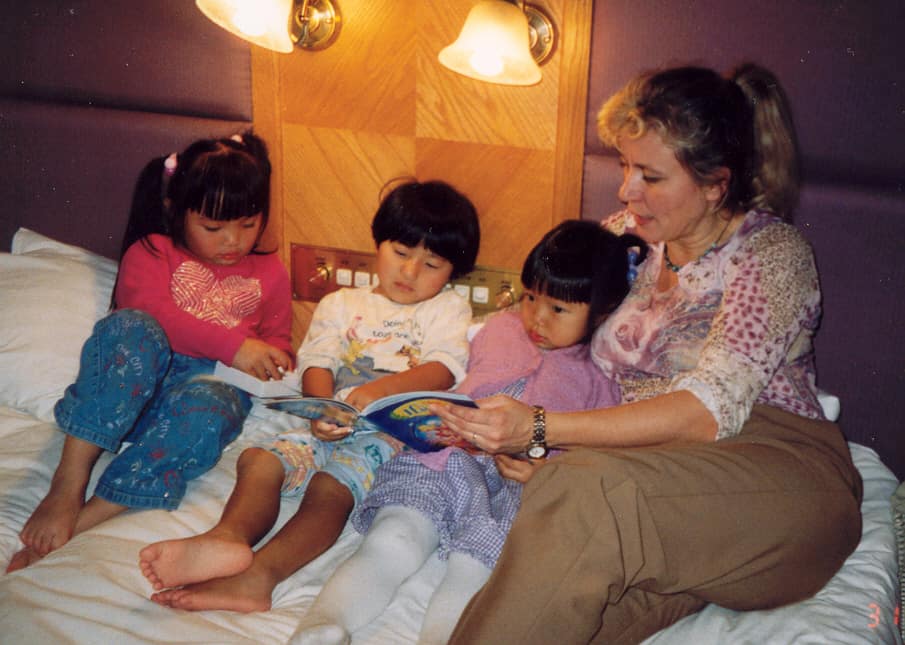 Back at the hotel, we ate at the Chinese restaurant, and afterwards the children played together in the lobby. Steven still has to lie down and pretend to sleep to get Daji to fall sleep. It’s impossible to tell whether he’s actually asleep or not as his eyes are always open. A couple of times Steven was on his way up, thinking that Daji was asleep – but no! In return he sleeps all night, although he’s all over the bed whilst he sleeps.

As we relaxed at the end of an emotionally tiring day, we were far more optimistic – but still concerned. We called friends in Denmark that are Doctors – they weren’t home. We watched TV and fell asleep.

There are hundreds of TV channels in China. In Hangzhou there are at least 12 national channels, 5 channels for Zhejiang province, 4 more for Hangzhou, a couple of Beijing channels plus all the foreign channels that we know from Europe. One of the channels is a military channel, where all programs have something to do with the Chinese military – military films, talk shows, military music etc.. When we zapped by this channel, if Daji saw a man in uniform, he would salute. He repeated this several times whilst we were in China and still does it in Denmark, if he for example puts a hat on.