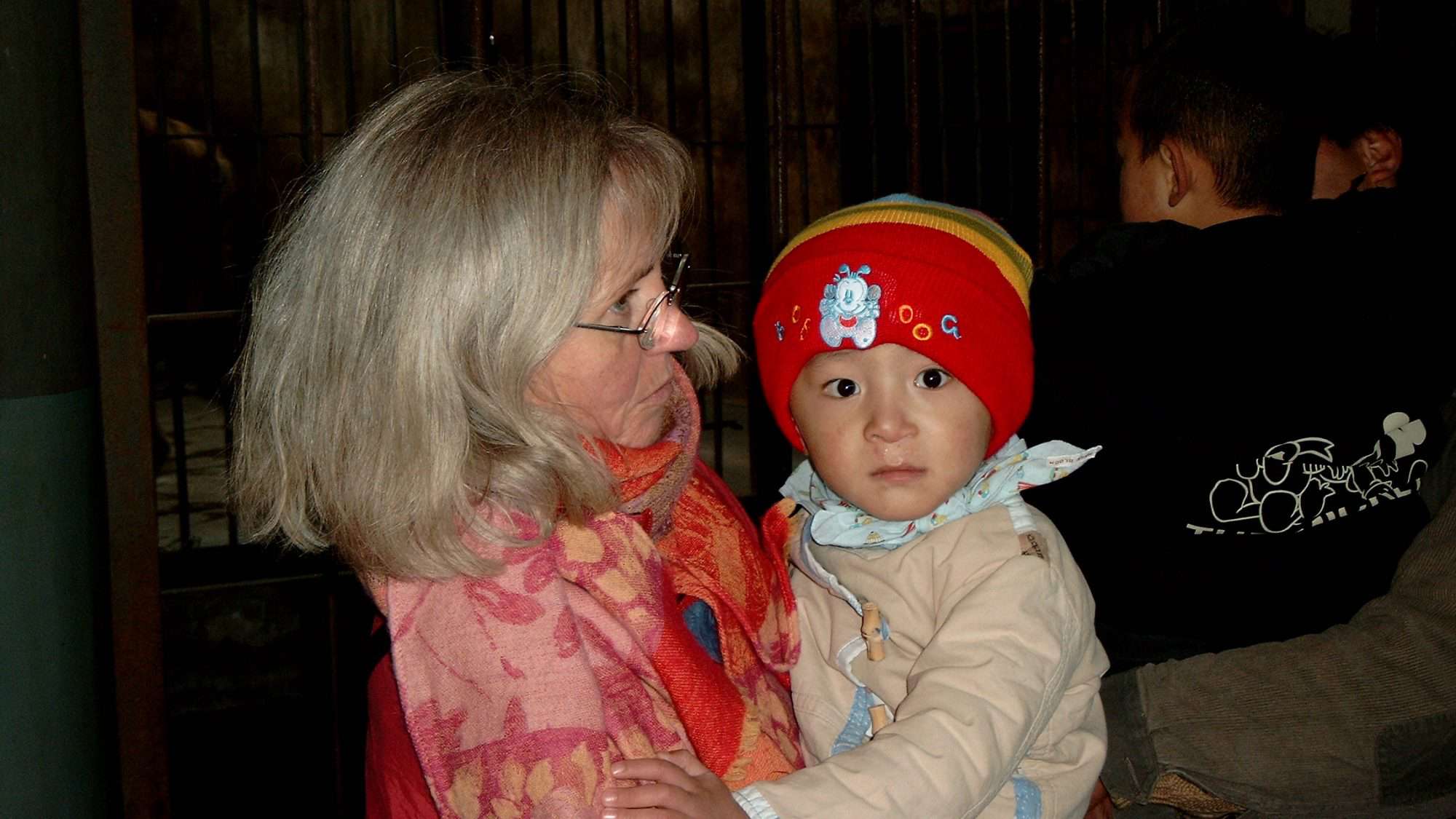 Another early start! Daji had slept well and seemed to be in a good mood at breakfast. In the bus he took his normal seat and we were off to the Beijing Zoo and the Summer Palace. It was another sunny but fairly cold day. 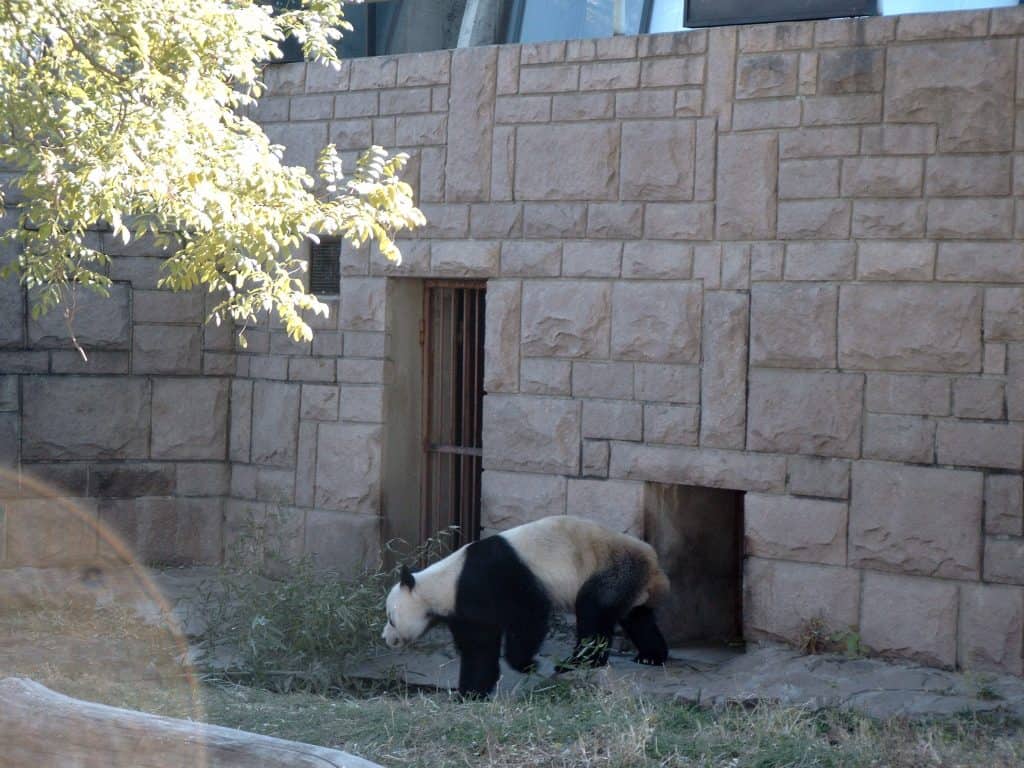 We didn’t spend too much time at the Zoo, just enough to see the Panda’s and a few other animals. It was great to see the Panda’s. They are really amazing animals, not least when you see them in real-life. They are the centre-piece at the Zoo. They have plenty of room to move around, whilst many of the other animals aren’t so lucky, especially the tigers don’t seem to have too much room. We also saw some small brown bears that were having a lot of fun – they were great fun to watch. Daji was very interested in the animals. 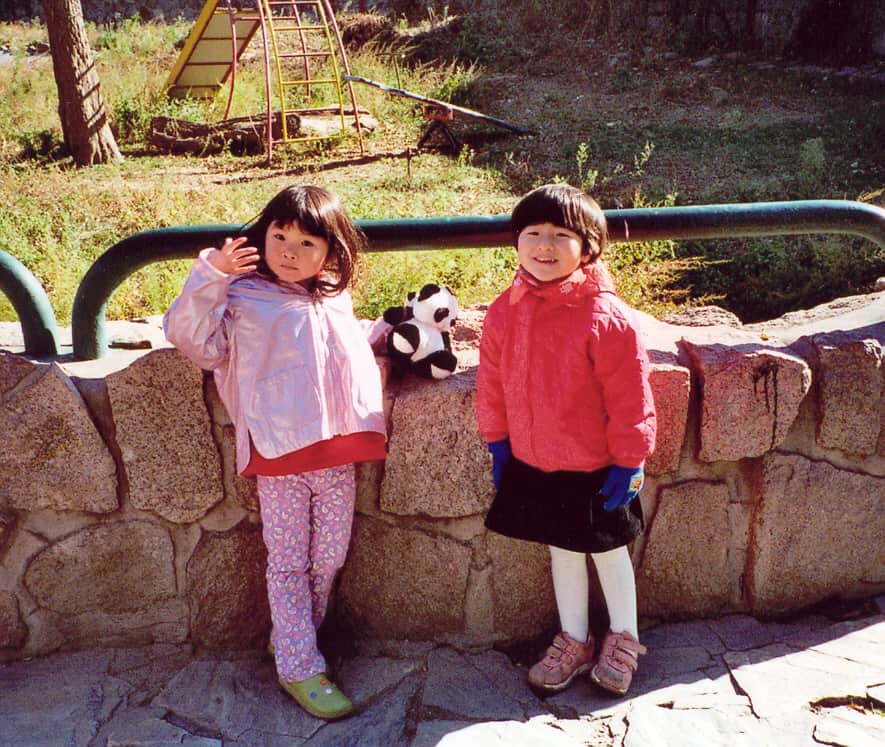 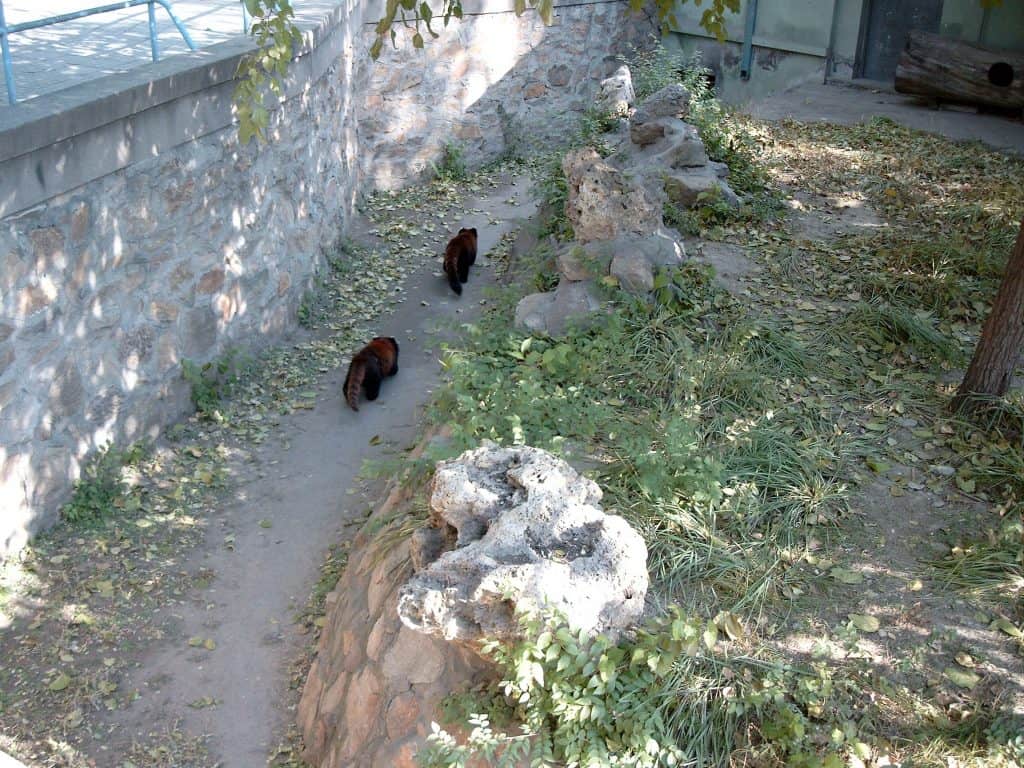 Daji’s mood had changed, and he was unhappy for much of the trip around the zoo, but calmed down when he saw the tigers with Lene. 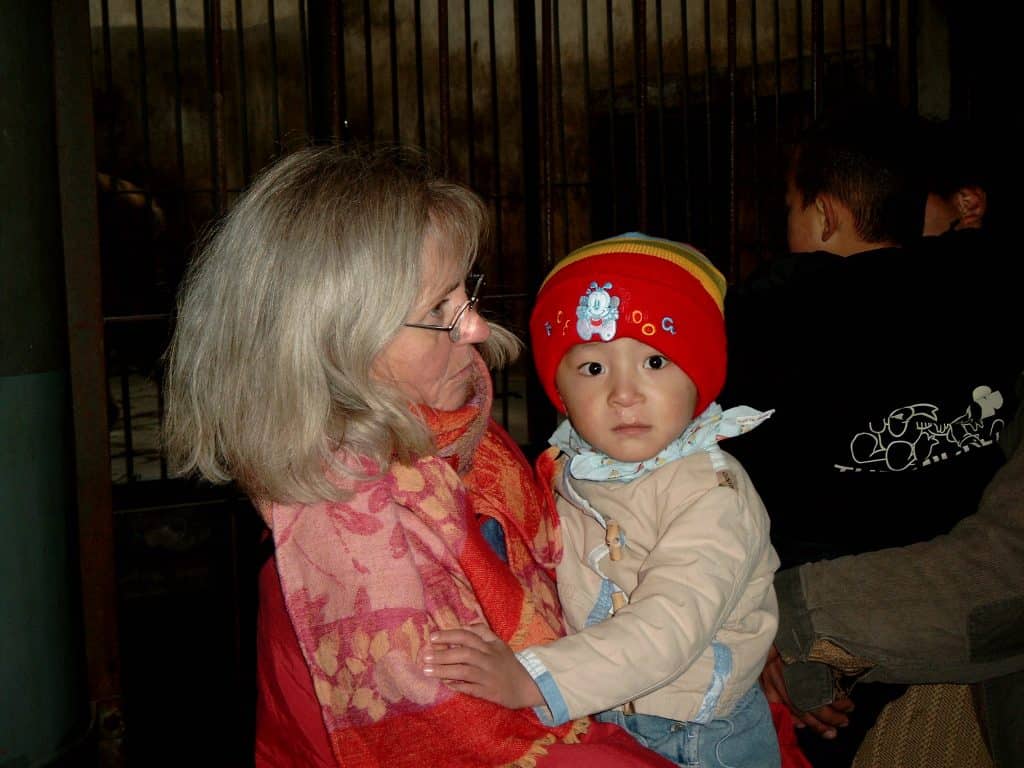 From the Zoo the next stop was the Summer Palace, also known as Yiheyhun. The Qing Dynasty transformed a large area north west of Beijing into a series of pleasure parks (summer gardens), that are often called “the three mountains and the five parks”. One of these is the Summer Palace built by Kaiser Qianlong between 1751 and 1764. 75% of the park, which covers 290 hectares, is covered by water which was diverted from Beijing in the 13th Century. 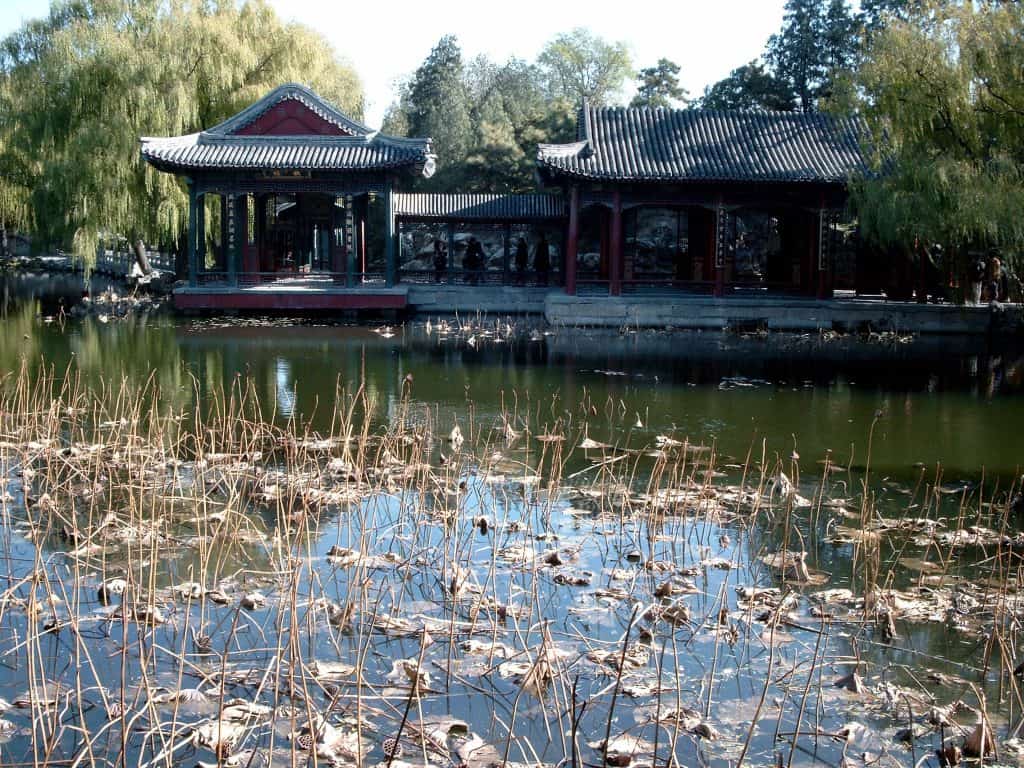 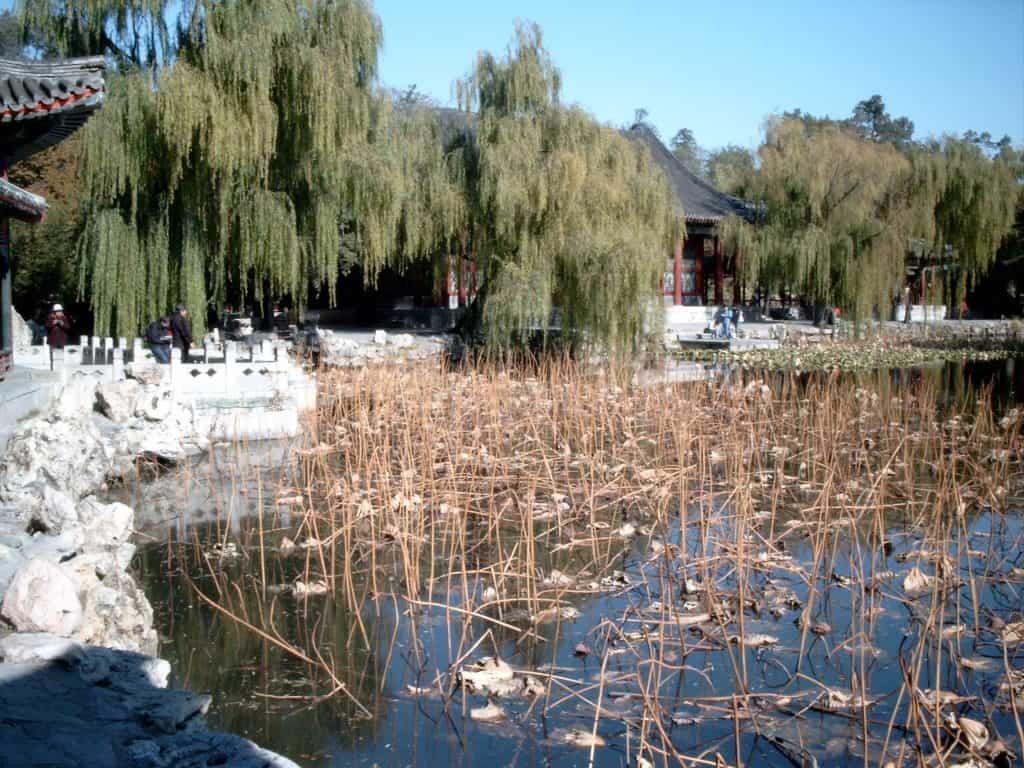 The so called “Long Corridor”, a corridor built of wood, is 728m long and follows the lake. It has a painting on each beam and was built so that one could go for a walk along the lake without getting wet. The gardens were partly destroyed during the Opium Wars, but were rebuilt in even greater splendour by Empress Cixi at the end of the 19th Century – including the Marble Boat, which as the name suggests, is a boat made of marble – using money that was intended for the Chinese Navy. 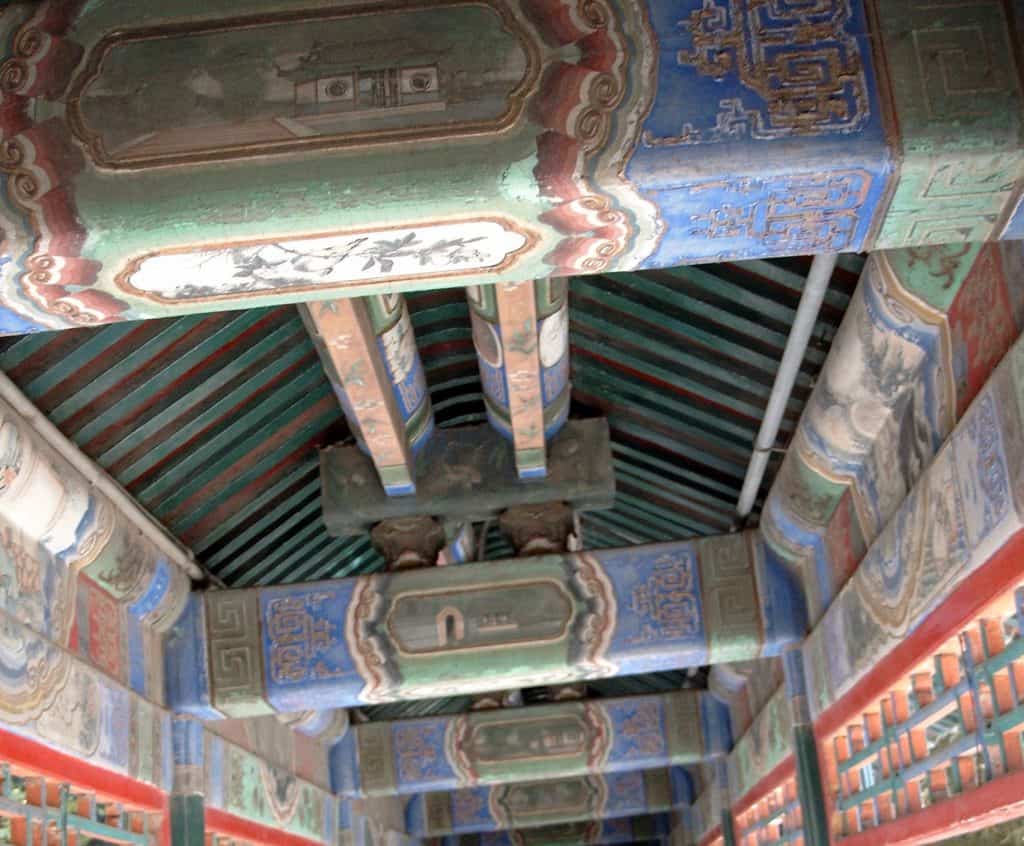 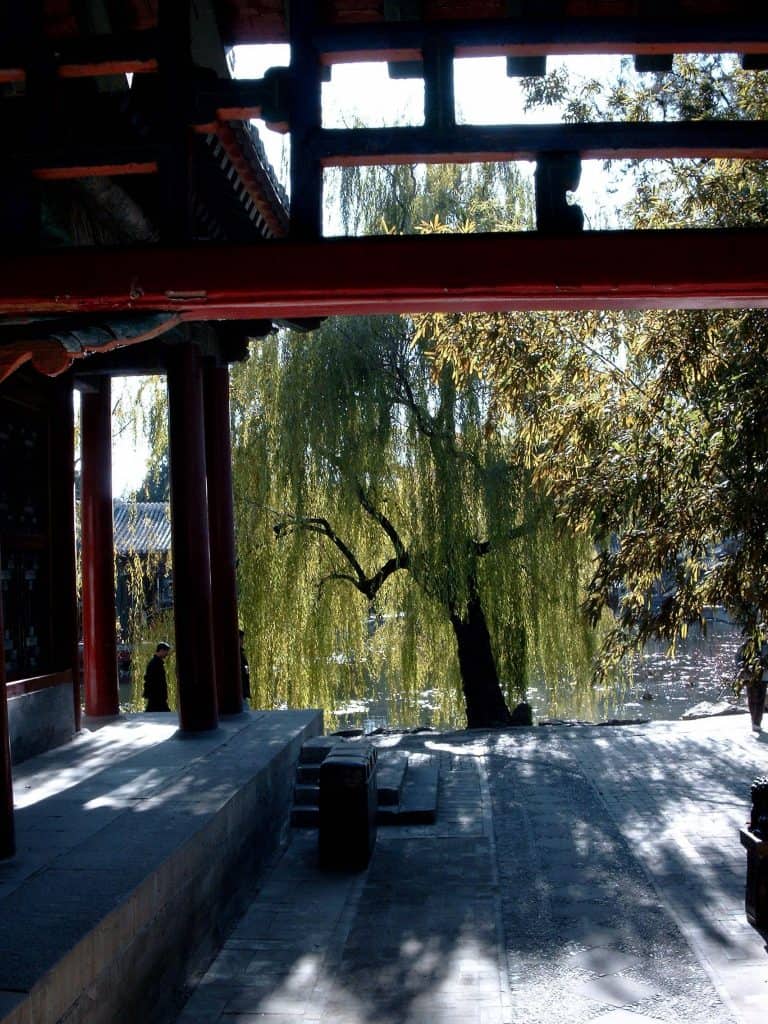 This is a great place to visit with lots to see. This is the kind of place you just wander around, but not with very small children in strollers. The guide had planned an extensive trip, which wasn’t suited to an adoption group. However this is really worth going back to visit, with beautiful gardens and buildings, and a peaceful atmosphere. 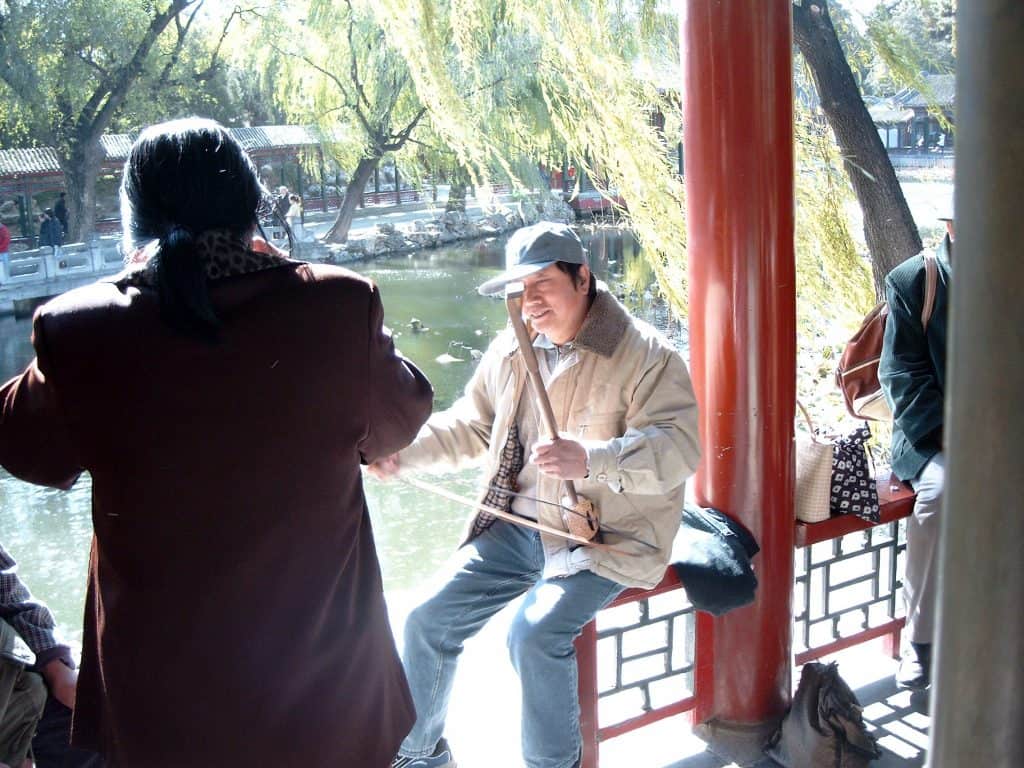 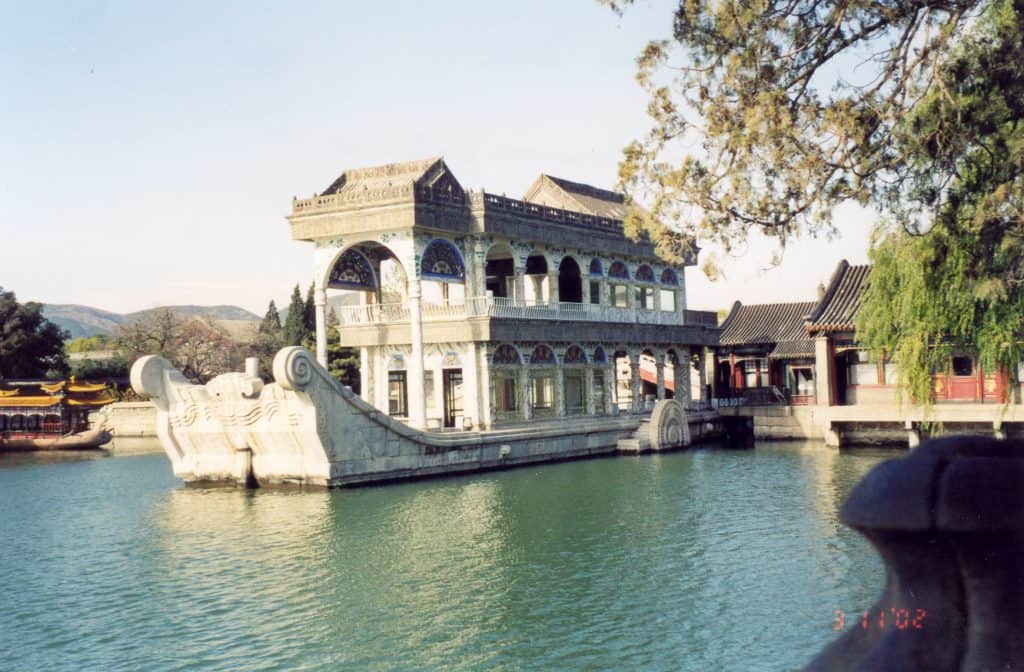 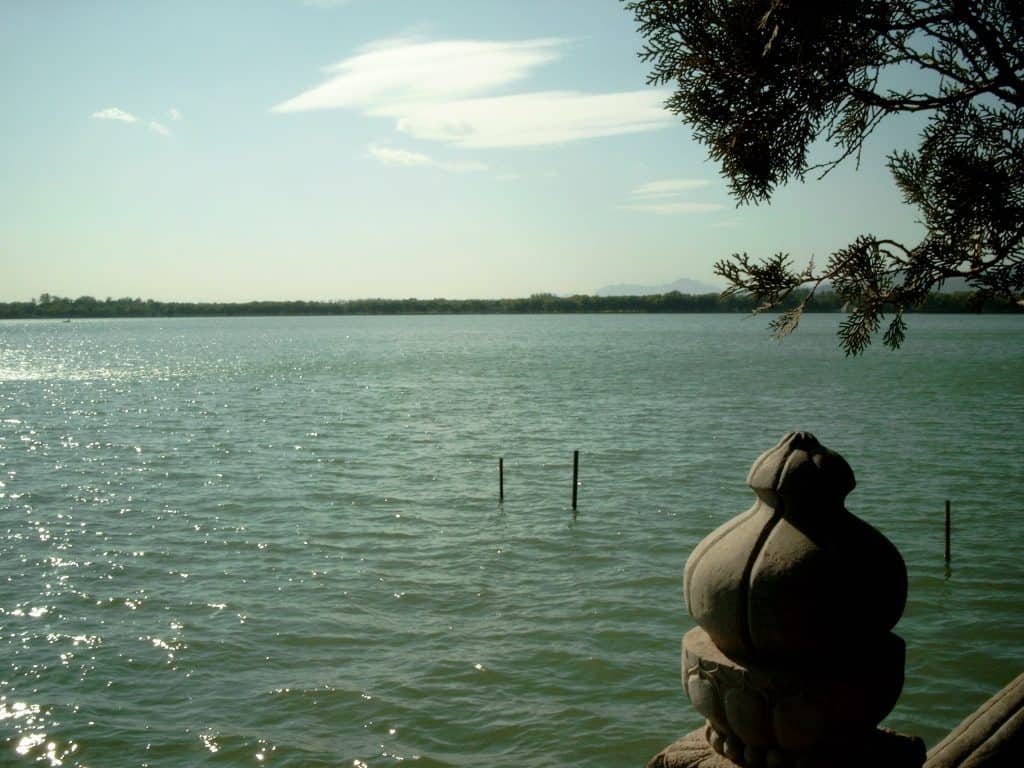 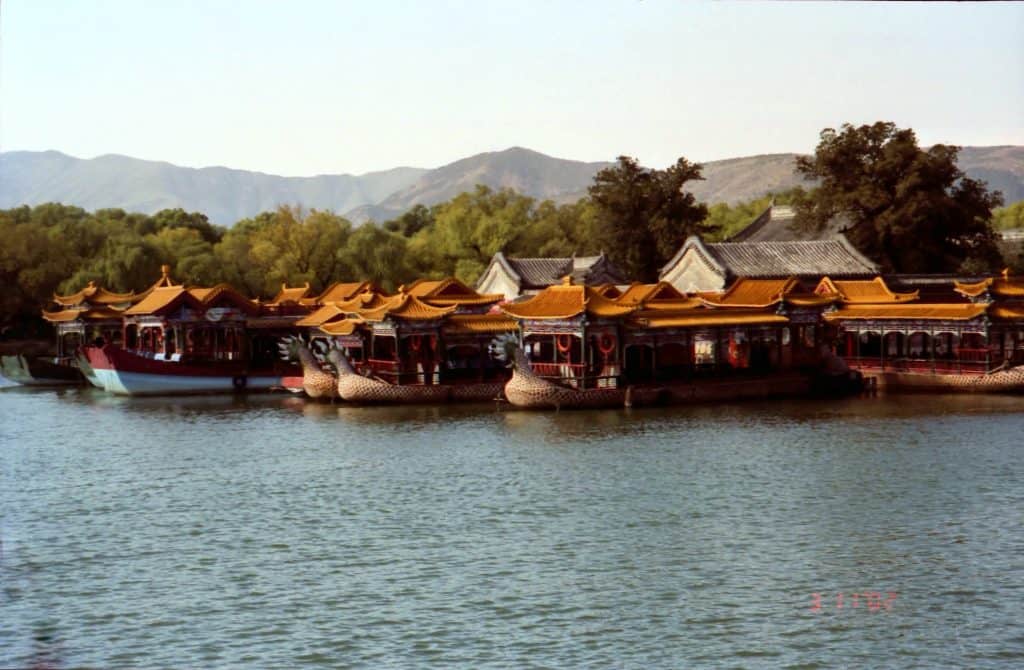 Daji certainly wasn’t on his best behaviour. Getting off the bus after the trip from the Zoo he went down the steps first – as he’d done before. But instead of waiting at the bottom as he usually did, he ran straight across the road – as luck would have it, it was ‘only’ a cyclist that needed to swerve to avoid him. The hysterics started when Steven lifted him over a high step, he’d evidently decided he was going to climb over it himself. It went on from one thing to the other and continued more or less through the whole trip to Summer Palace. He’d stop for 5 minutes then something else annoyed him that would trigger off more hysterics, crying and whimpering. 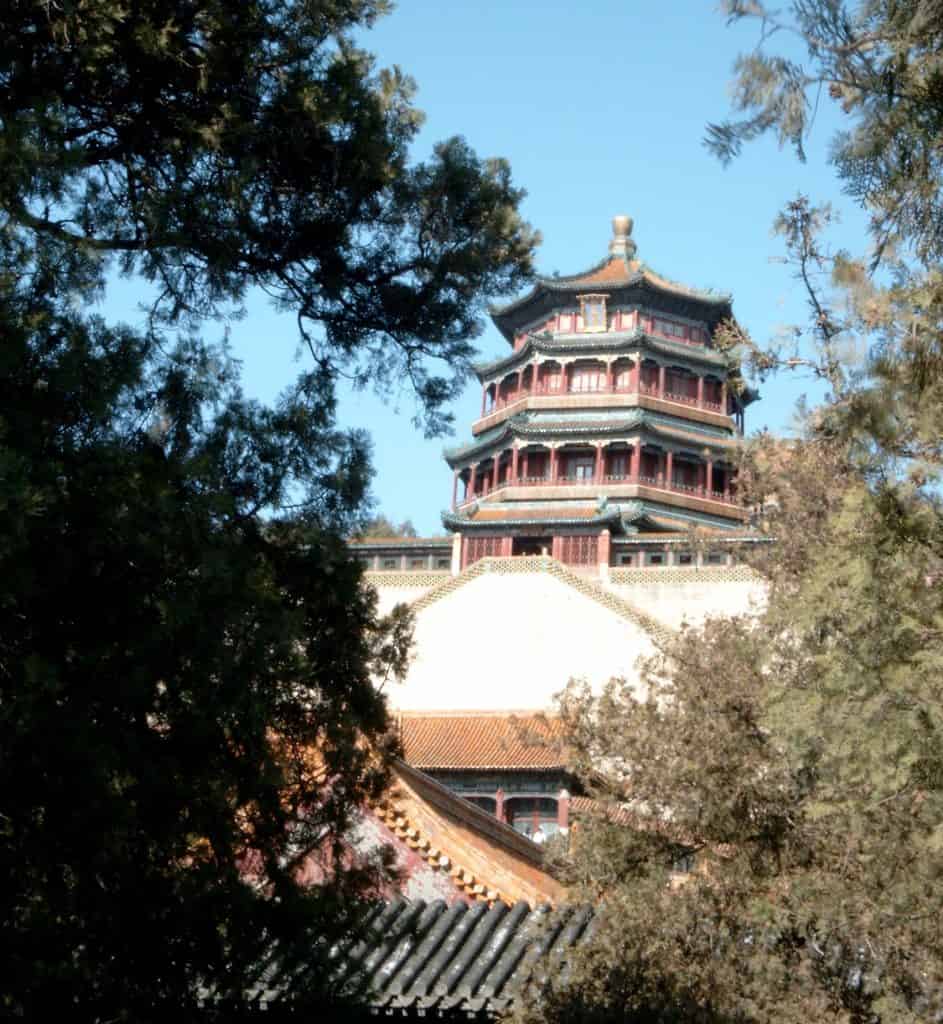 We had lunch at the same hotel that we’d eaten at after the Wall, it was again just as mediocre. 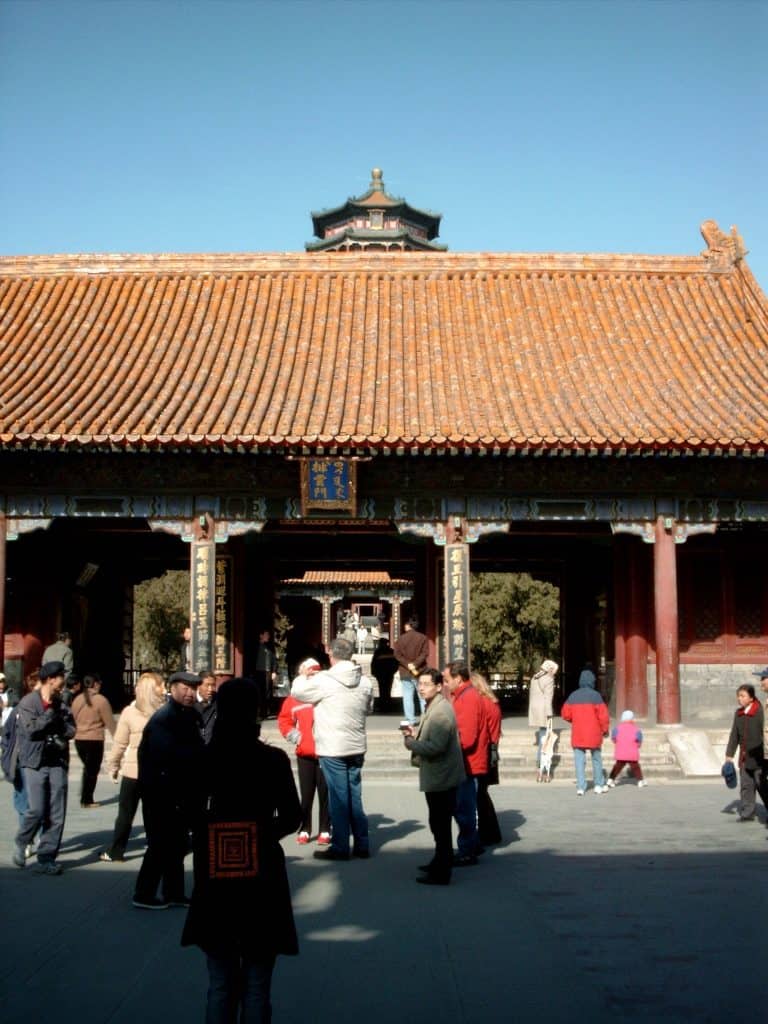 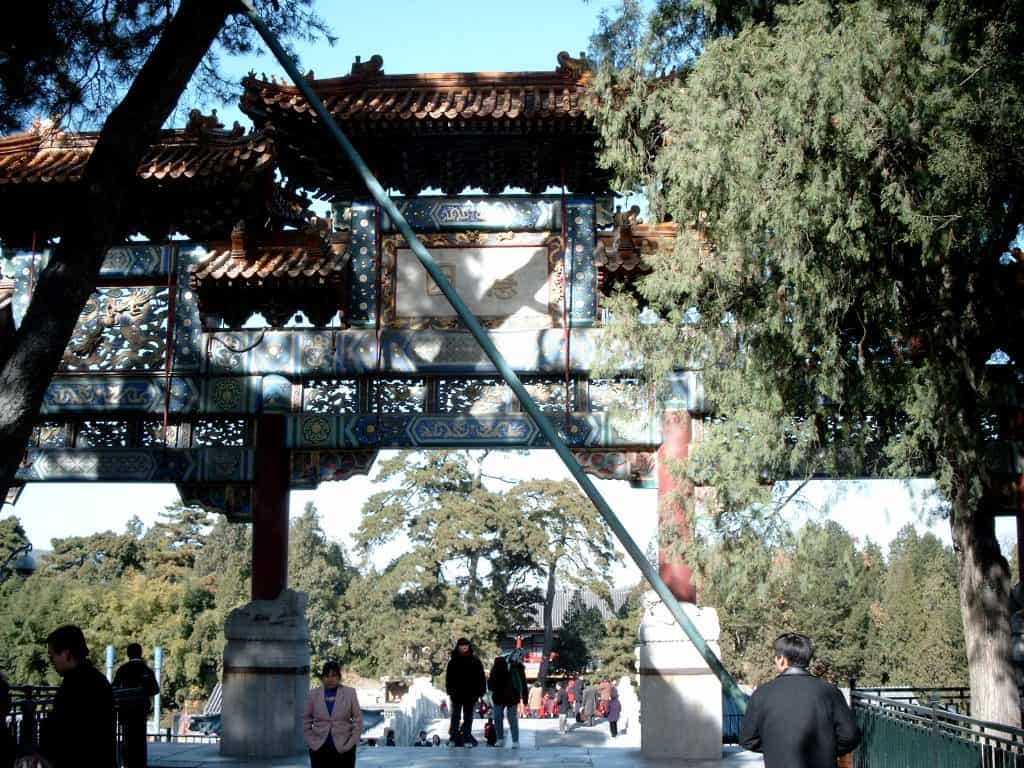 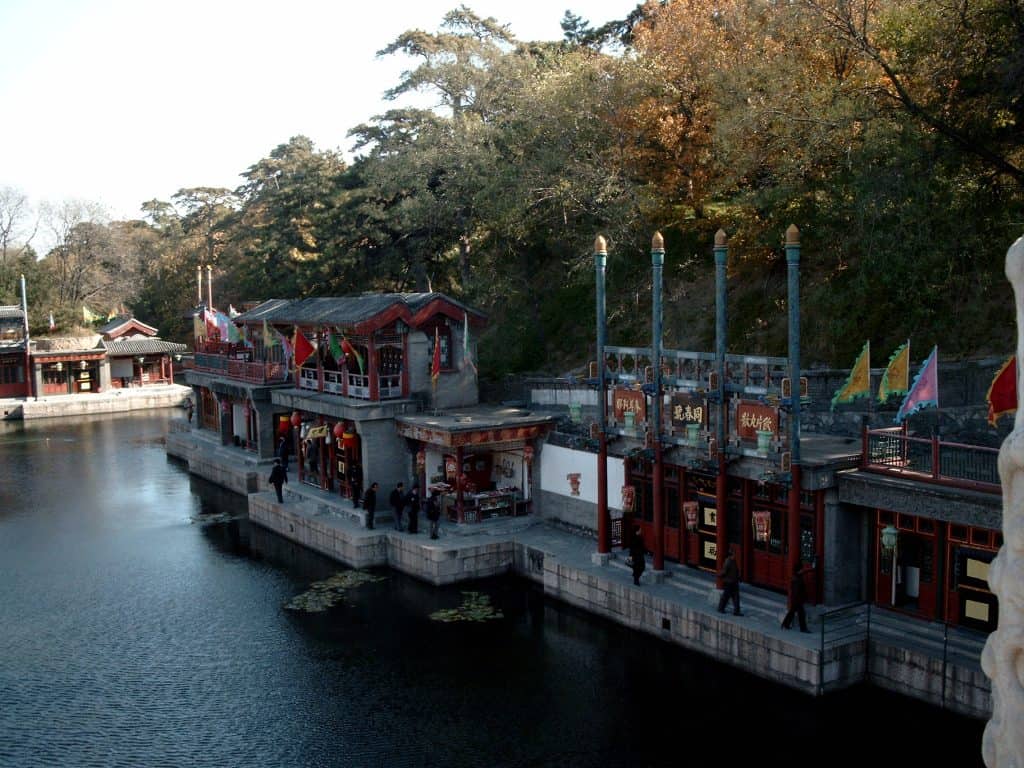 Back at the hotel we decided to call some very good friends, who both are doctors in Denmark – one of them a neurologist. On the one hand we didn’t feel that there was anything wrong with Daji, but on the other hand we wanted to be sure. This time they were home and we had a long talk about Daji’s ‘symptoms’ and their experience. Of course it was an impossible task for them, but given all the positive factors, not least Daji’s motor abilities, inquisitiveness and wish to learn, they didn’t feel that there were any particular symptoms that we should worry about. Their parting comments were that we’d had it so easy with both Thomas and Yanmei, that it now was our turn to get a “problem” child 🙂

It’s always good to get other opinions. Although our concerns would remain at the back of our minds for some time to come, speaking to them helped us focus solely on getting Daji to function properly in his day to day activities.