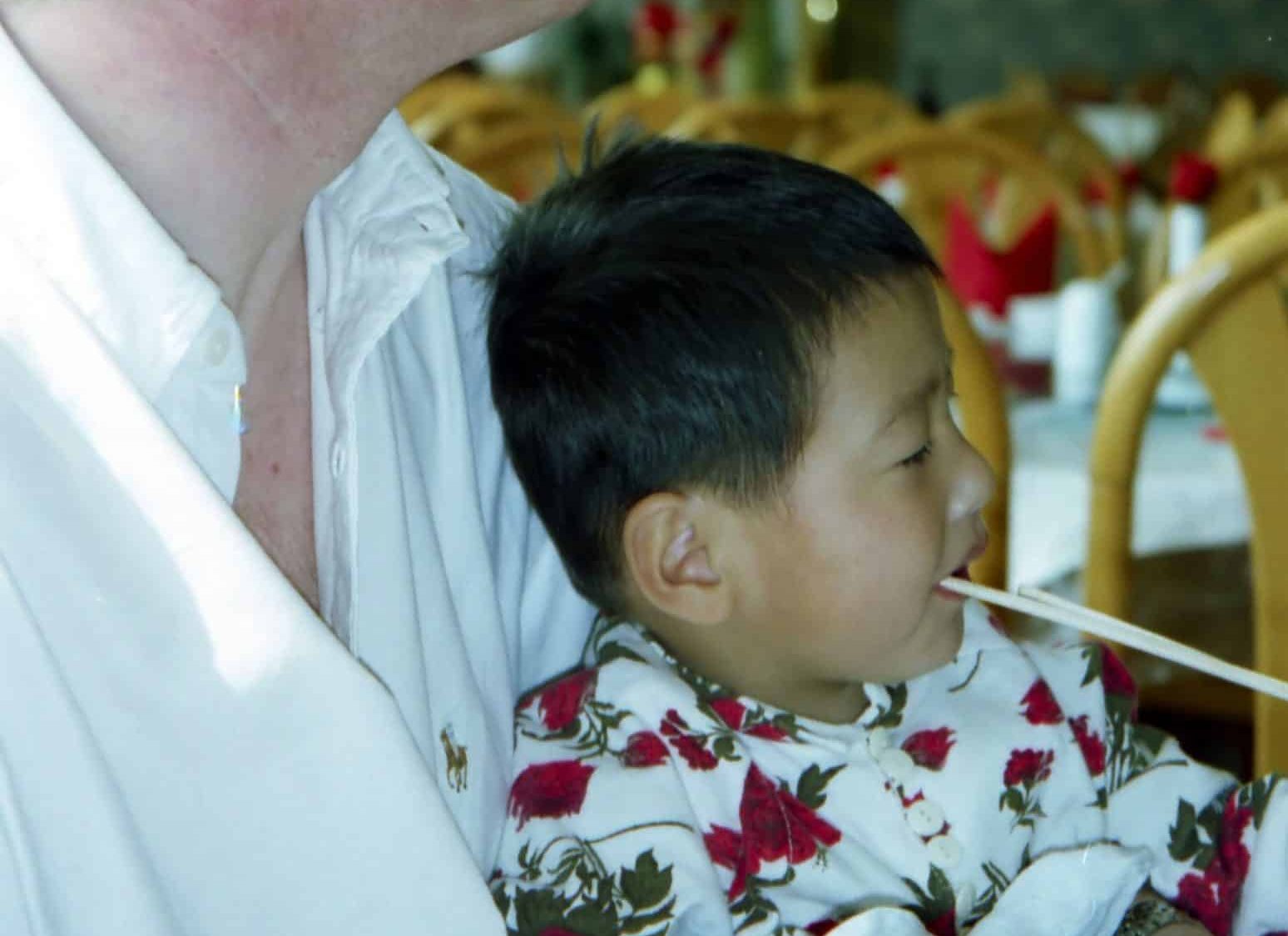 We woke early on Tuesday morning. We hadn’t expected such a peaceful night’s sleep. Yanmei was still asleep; we didn’t wake her; but we were all eagerly waiting for her to wake up. When she finally woke up she took one look at us and covered both her eyes with her hands – probably hoping that we’d go away! We dressed and ate breakfast. She had rice porridge (conge) and omelet – she also liked dried orange flakes. This time she ate everything and nothing was left in her mouth. She was occupied with what was going on around her and was a slow eater.

During the morning we took a few more trips up and down the lobby. Thomas did some of the homework he had taken with him, whilst Yanmei sat on the bed and played with duplo and chopsticks. She didn’t say anything, but didn’t look as sad, as she had done yesterday. We left to see the sites of Lanzhou, crossing the Yellow River. We ate lunch at a very good restaurant – the food was excellent. Yanmei played with the chopsticks, ate (mostly rice), sat happily in our laps, watched the people and other things that were going on around her. She was still neither particularly happy nor sad – but no smiles. 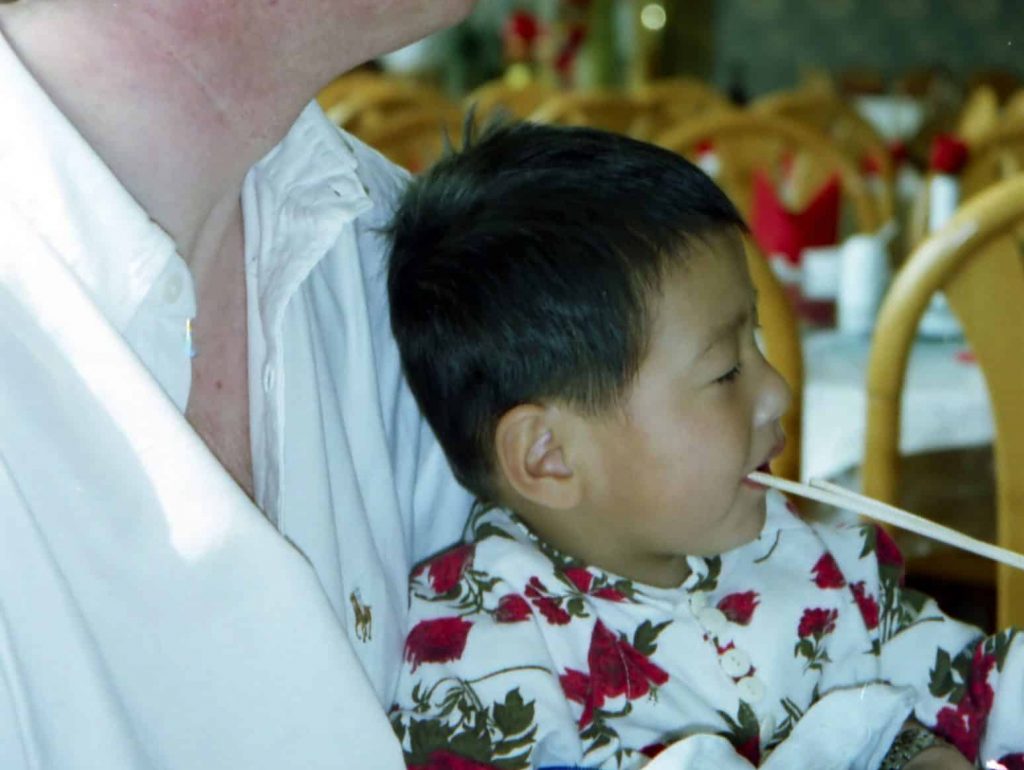 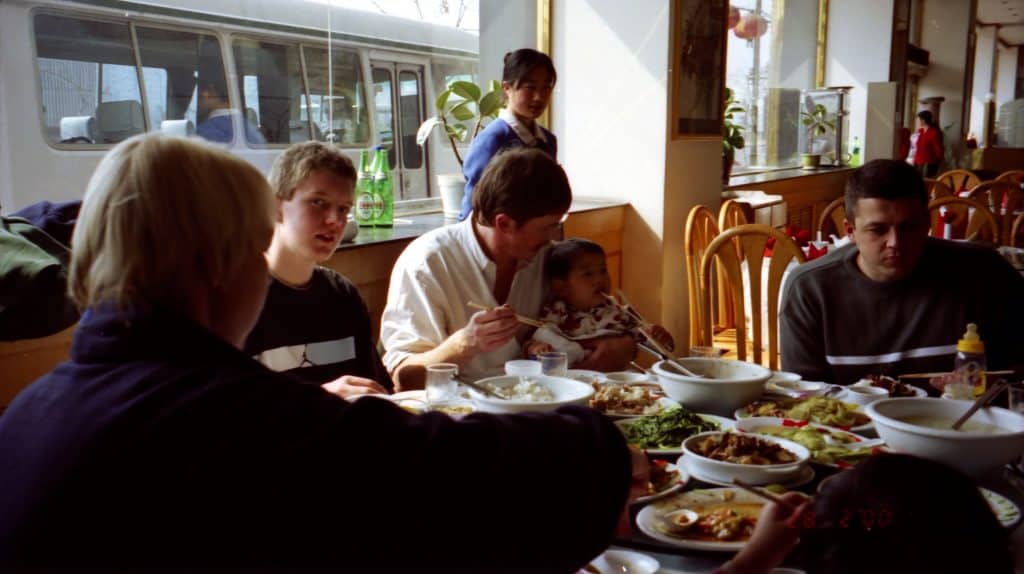 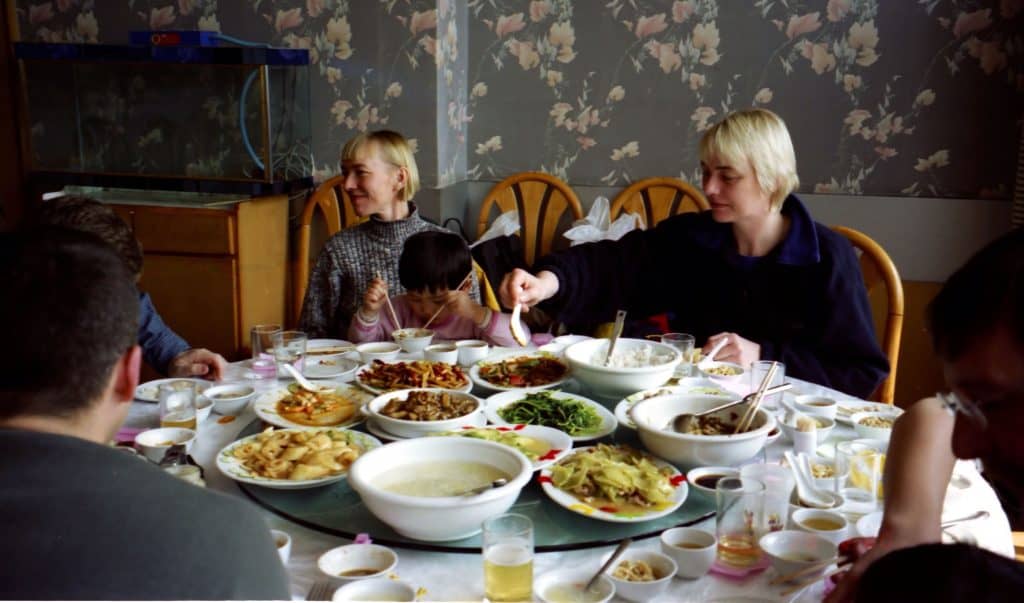 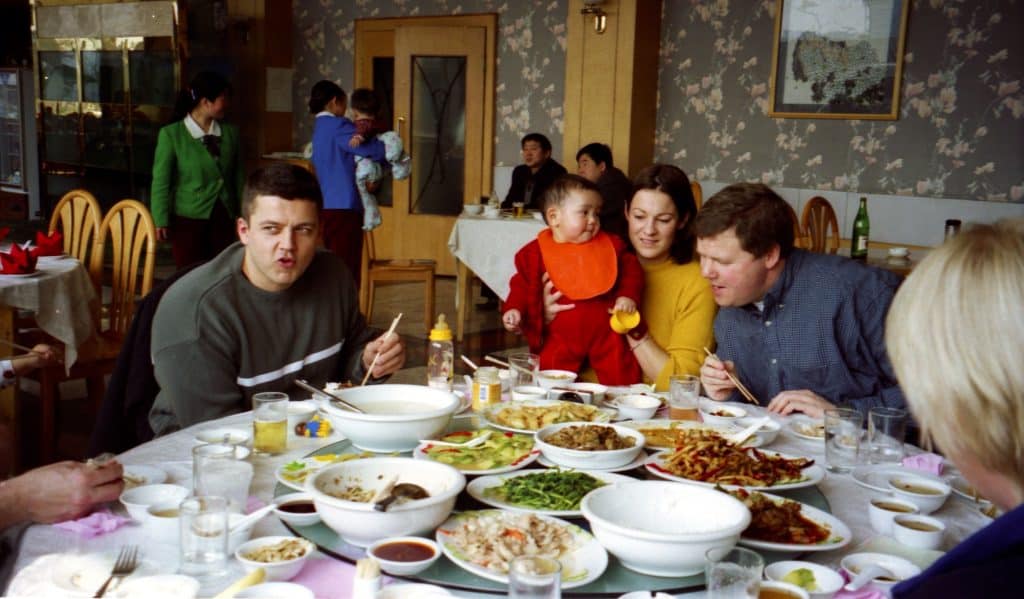 We left the restaurant and drove in the bus to the White Pagoda Park. We walked up to a museum containing rocks and stones that had been found in the Yellow River and that looked like real life items – animals, birds, people (De Gaulle) etc. 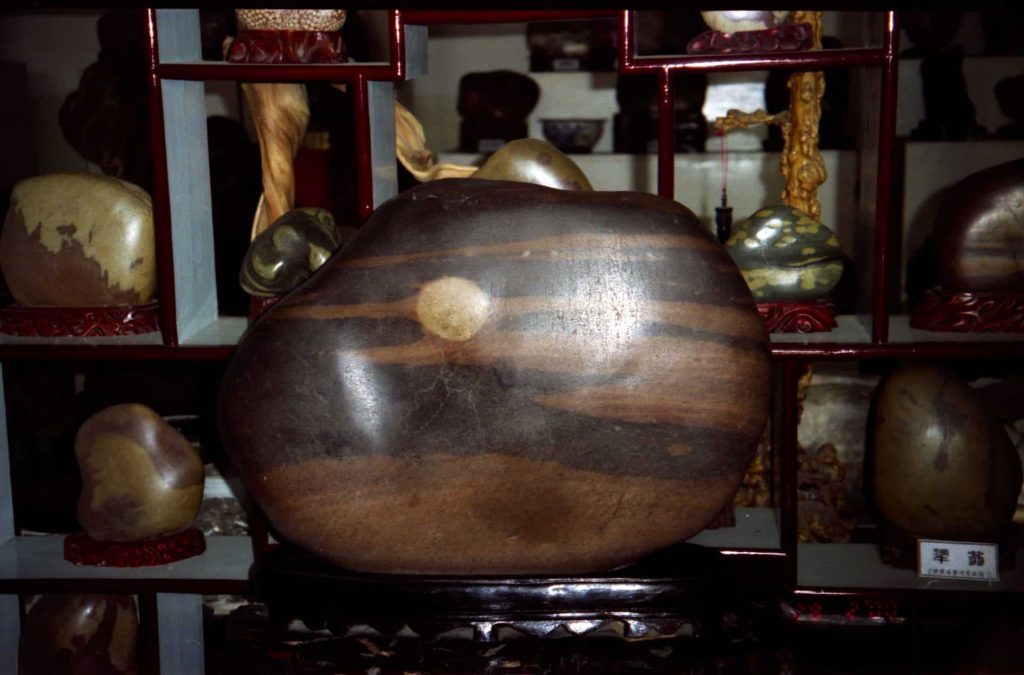 Thomas and I continued up the hill to the seven story Pagoda, originally built during the Yuan dynasty (1271-1368) and restored during the Ming dynasty (1368-1644). Lene stayed with Yanmei at the bottom of the hill, whilst Yanmei took a nap. 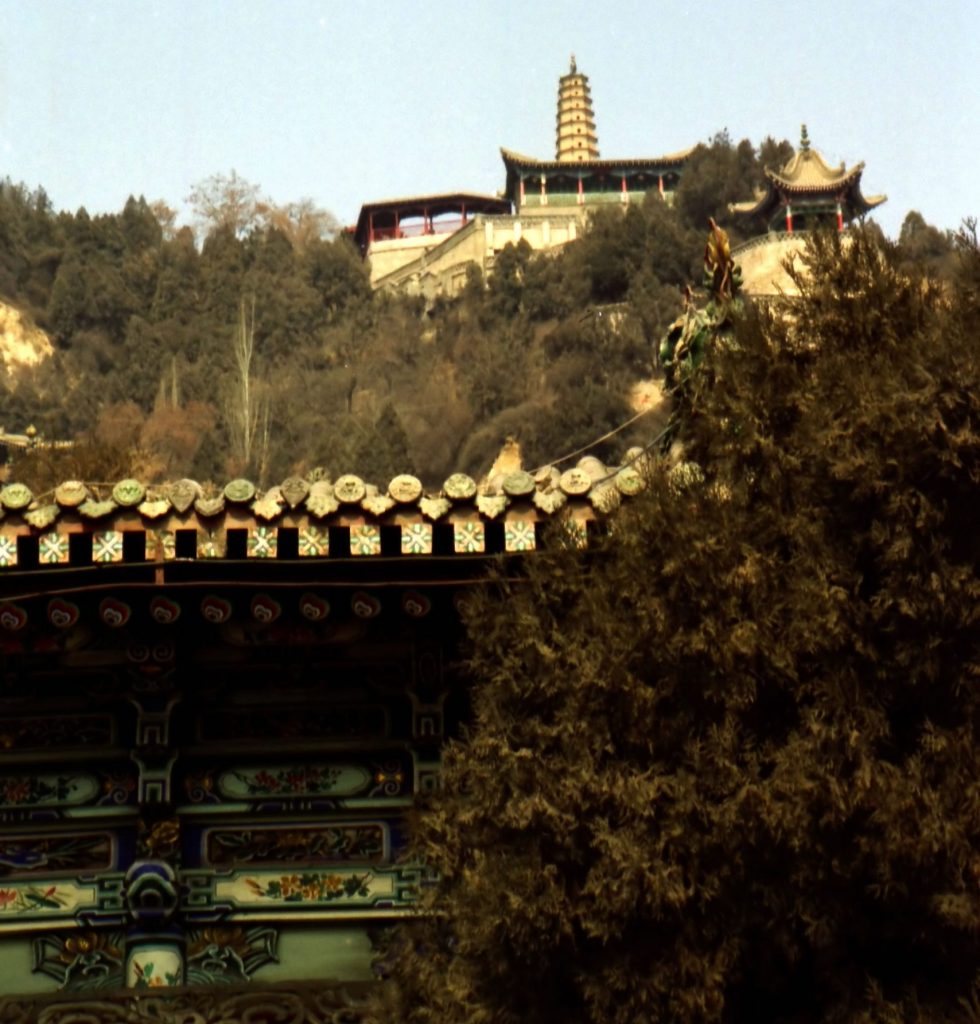 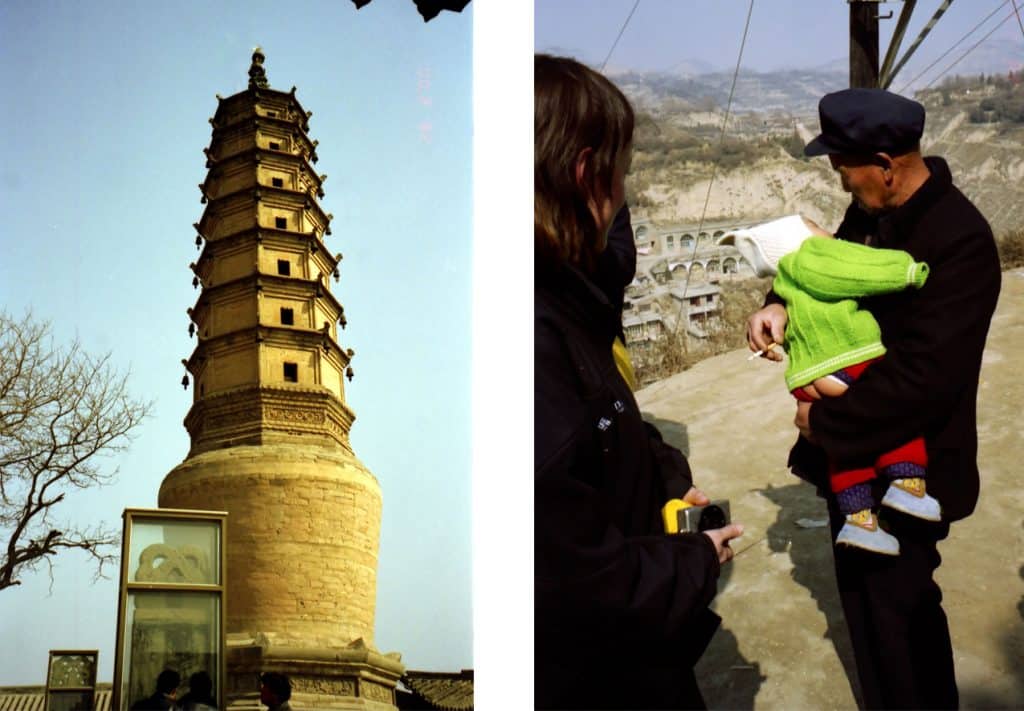 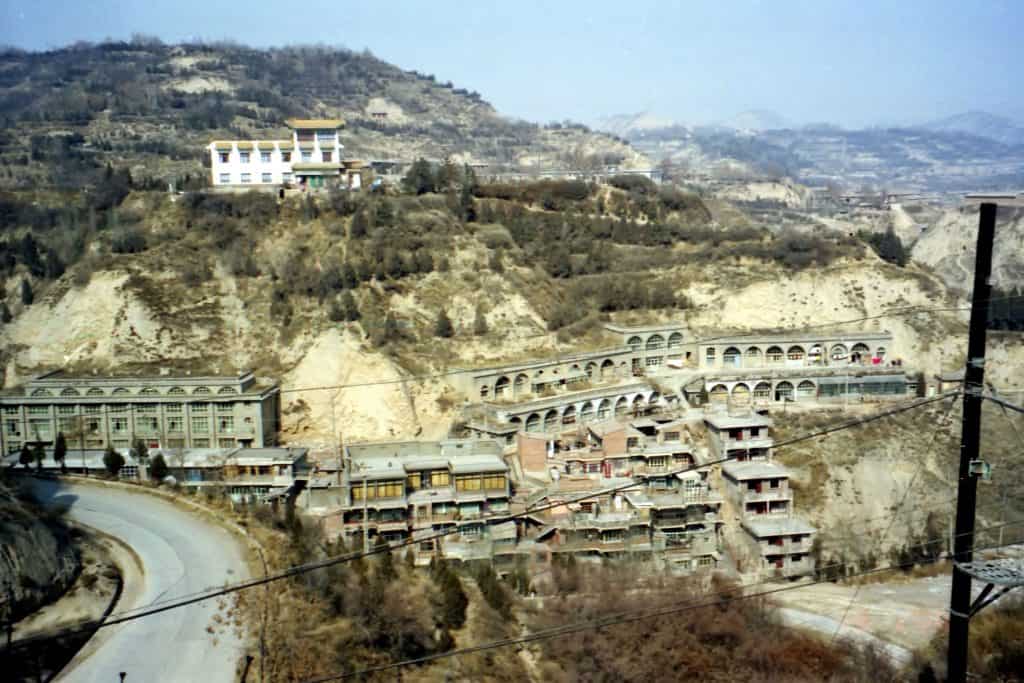 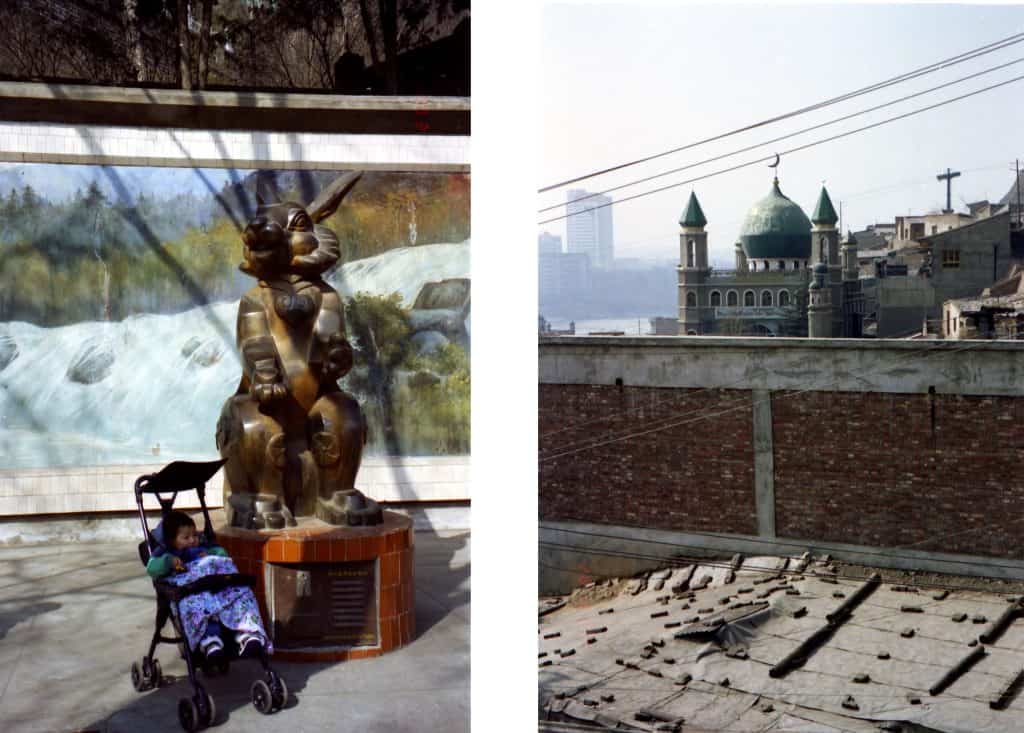 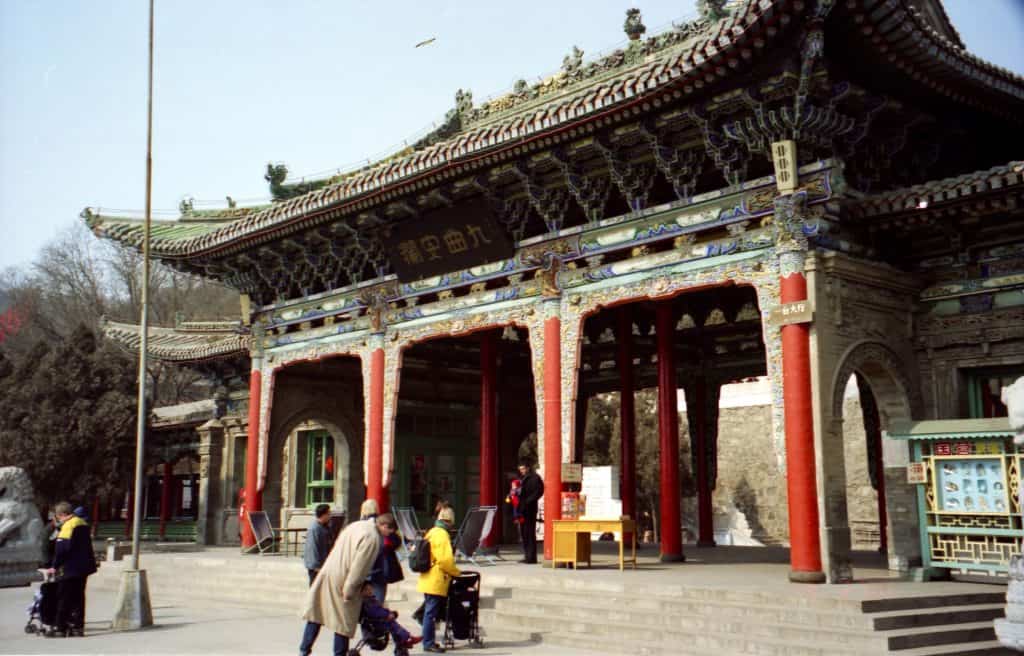 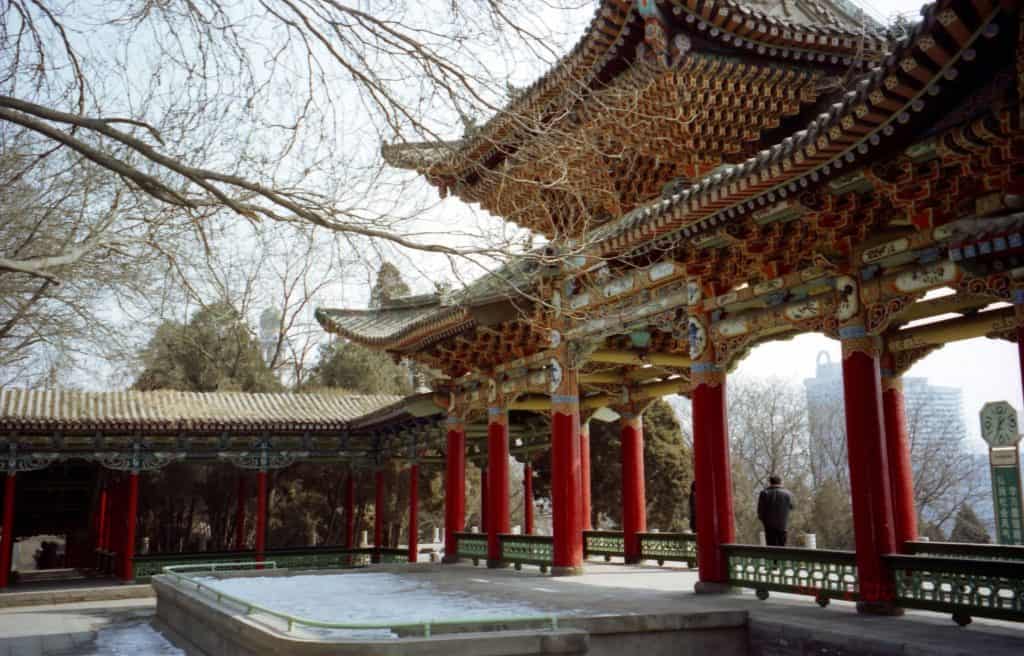 Next stop was the first water wheel built on the Yellow River – on the south side of the river. It was no longer in use, but still functioned as a museum. As we got off the bus Steven threw Yanmei up in the air – just as you do with small babies. She started to smile, then laugh – the more Steven threw her up, the more she laughed. We’d finally broken through the barrier. Gone was the unhappy face and a scared Yanmei – we were finally accepted. The change was immediate – she smiled, started to make different sounds and make contact with us. We’ll never forget that first smile. 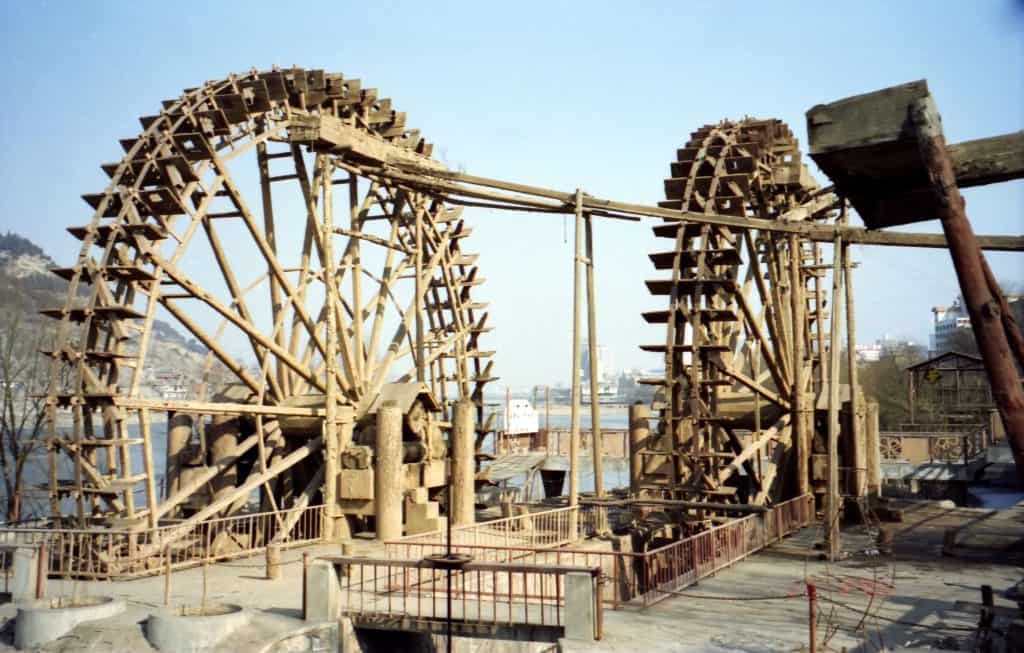 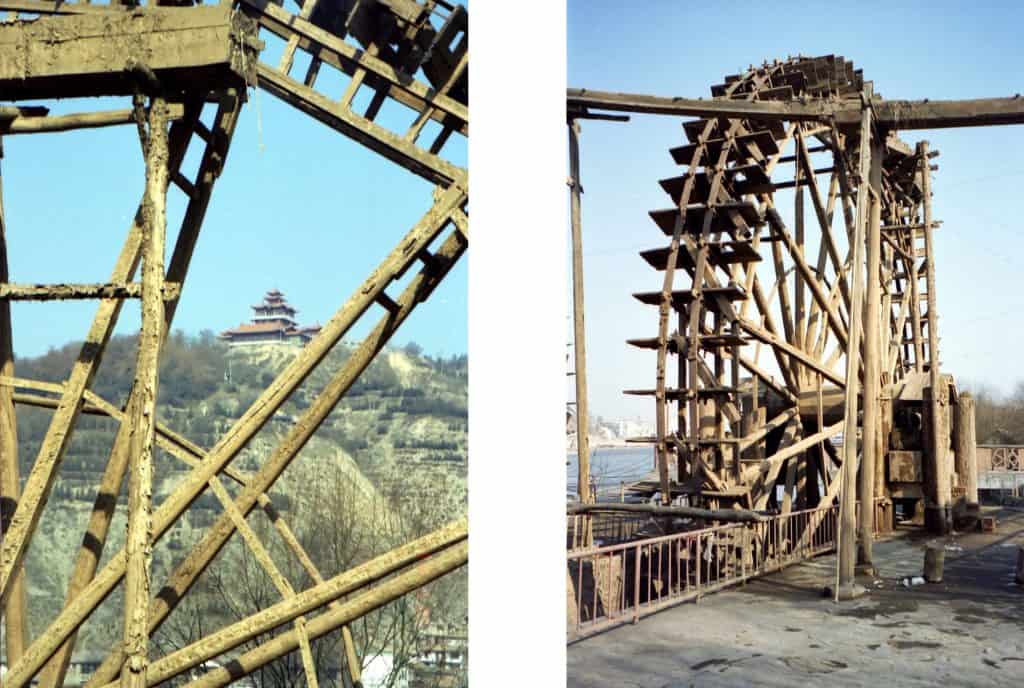 Back at the hotel we checked the papers from the Notary to make sure that the information was correct. Everything checked, Lene and Steven went to Pakson’s with Yanmei, to buy her some shoes. We bought a pair of red boots and blue sandals. Several Chinese mothers shook their heads at us, indicating that we shouldn’t buy shoes with a hard sole.

We walked back to the hotel – too late to buy any food at grocery store, and not willing to take a chance at a restaurant – so we had to make do with some bread, fruit, jam and biscuits, that we had in the room. Yanmei tried on her new red boots and she was so proud – she shone. This was almost certainly the first pair of shoes she’d had that were hers. We continued the trips up and down the lobby. She didn’t want to take her boots off again – she’d have slept in them if we’d have let her.

In the space of a few hours after her first laugh, Yanmei had become a lot more open – she recognised us, smiled at us and was generally happy. She could sit and play alone, but couldn’t crawl or raise herself. She loved to walk up and down the lobby, but still needed support. What a day!