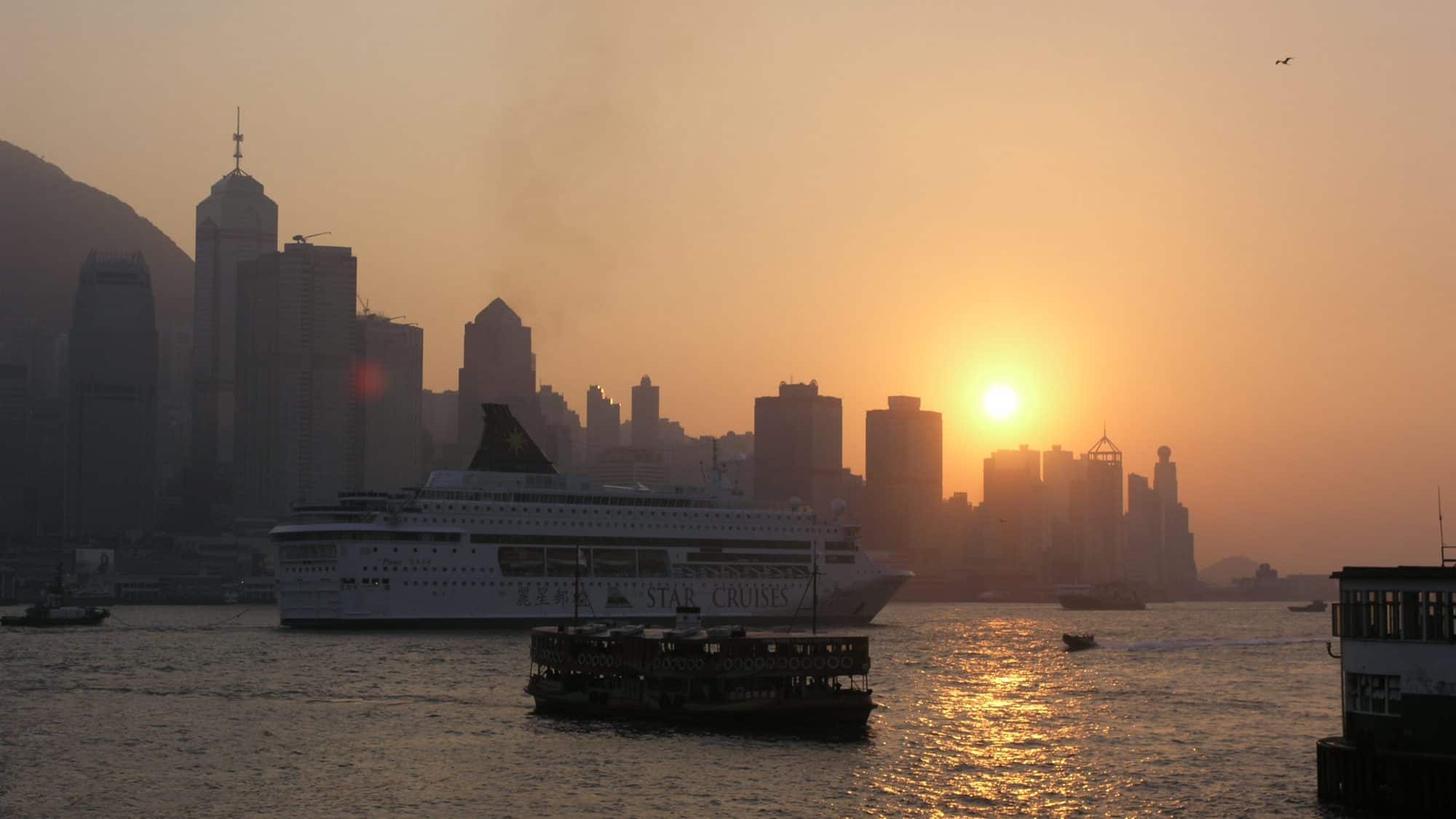 The T40 from Guilin to Shenzhen arrived about 1 hour late at around 11:30. Most people got off in Guangzhou (Canton), probably to take the high speed Guangzhou to Shenzhen train, a couple passed us as we crawled towards Shenzhen – well at least that’s how it felt. At Shenzhen one passes through customs to leave China and enter Hong Kong, filling out visa application and exit and entry forms. It took 30 minutes all told.

We bought tickets to take the East Line from Lo Wu to Mong Kok, crossing the strip of no-man’s land between Hong Kong and China (which contains a number of small villages for which you need permission to enter) and then a taxi along Nathan Road to our hotel, aptly named the Nathan Hotel. Our room was large for Hong Kong standards, with two double beds. We showered and went out for a walk along the main shopping street in Kowloon (the mainland part of Hong Kong). The first thing that hit us was the noise (largely due to the busses air conditioners), followed by the amount of traffic and the amount of people. After peaceful Yangshou, Hong Kong was a real shock.

Not finding anywhere to eat, and not having eaten anything in particular since the evening before, we took a quick lunch in McDonalds before continuing down Nathan Road. We passed through the Kowloon Park and through the aviary, saw the flamingo’s, walked through the sculpture park and relaxed with an ice cream.

We carried on down Nathan Road and ended up at the Star Ferry Terminal with a view over Victoria Harbour and the Clock Tower, the last remaining part of the Hong Kong train station. We were just in time to see the sun set over the Hong Kong skyline.

We met a Danish girl with her mother; she’d been working in Suzhou and taking a last trip to Hong Kong before travelling home. We took a quick look in Harbour City, Hong Kong’s largest shopping mall with more than 700 shops, stretching almost 1km from end to end – but it was just like any other mall and we quickly left again.

We made our way back along Nathan Road and cut inland to find a small restaurant where we eat dinner before returning to the hotel for an early night. We were surprised that there were very few restaurants and we didn’t see a single supermarket – first a couple of days later did we realise that these were almost always on the first floor!