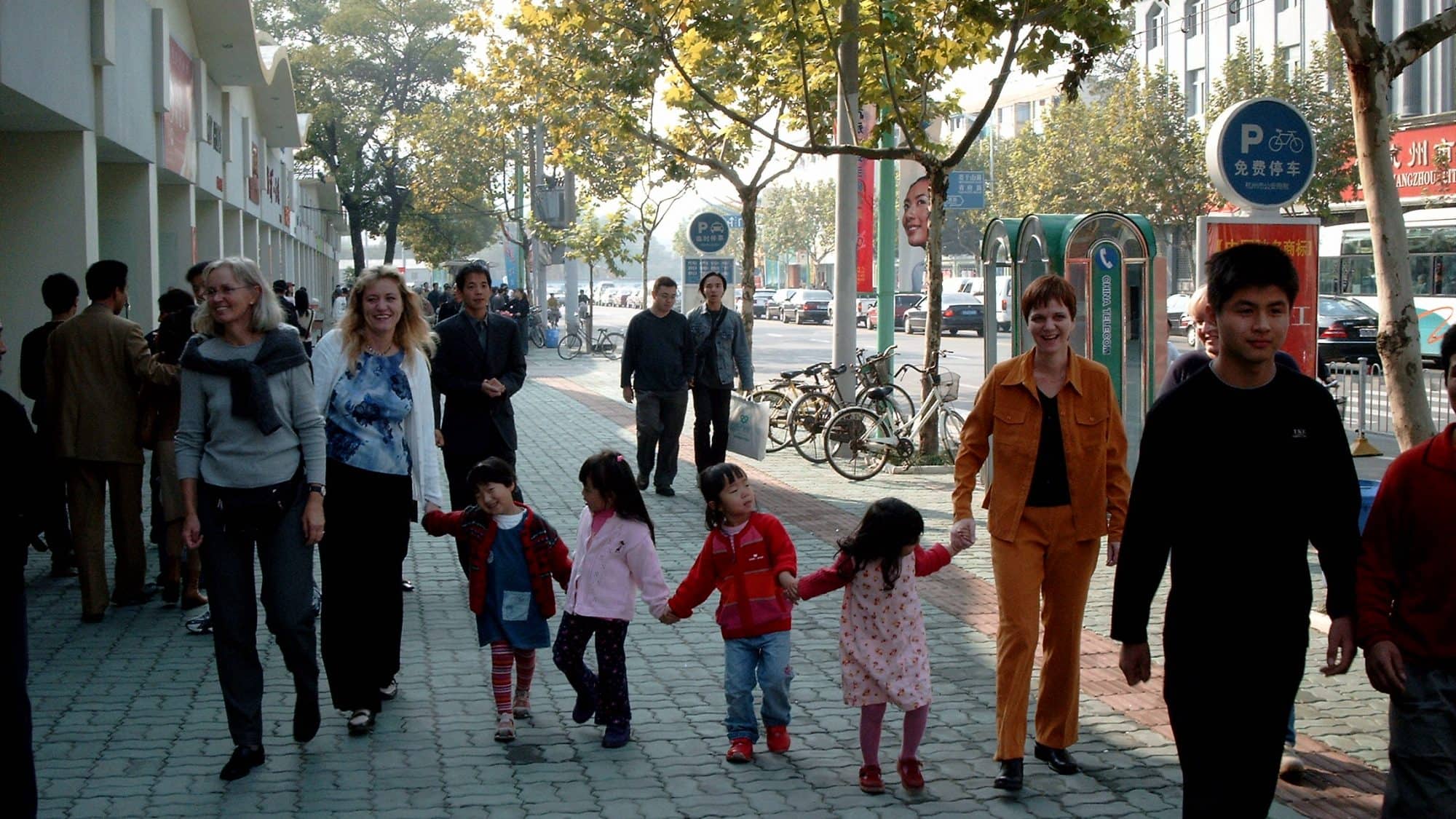 Another early start. We’d breakfasted, packed and were ready to leave for Hangzhou by 8:00. We all piled into the mini bus and left for the airport. The flight for Hangzhou, MU5146 took off on time at 9:35 from Beijing International Airport, arriving at a very new and very modern airport just outside Hangzhou a couple of hours later. 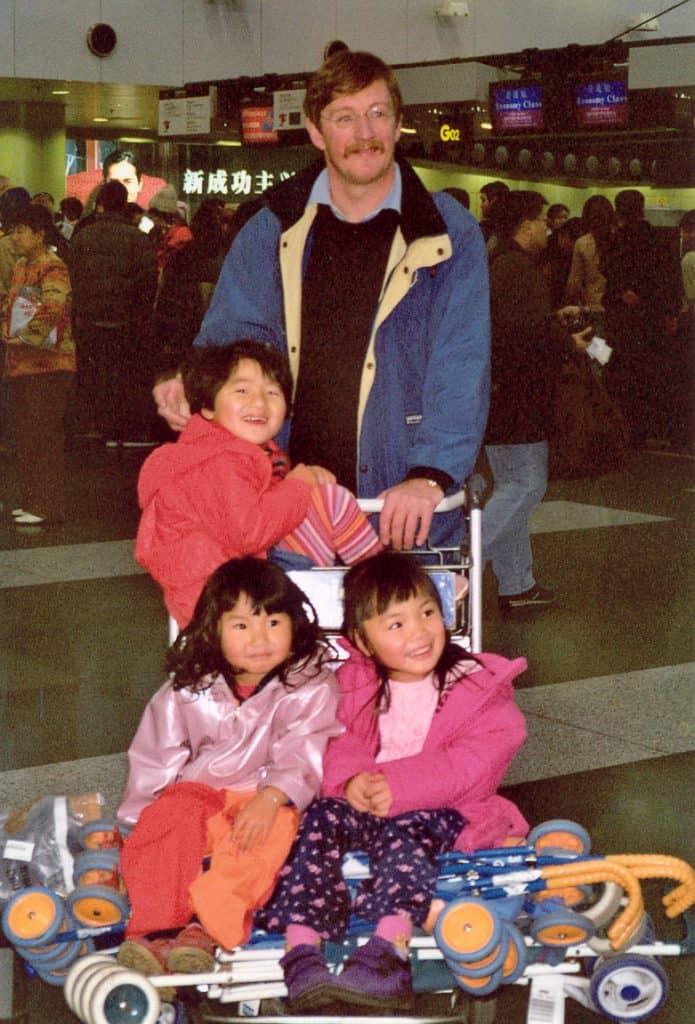 We collected our luggage, and somehow got both the luggage and all of us into the awaiting bus for the 30 minute trip to Hangzhou together with Jenny (our guide in Beijing) and Nancy (our local guide). Hangzhou is approximately 2000km south of Beijing, situated in the highly fertile Yangtze River delta. The former large state-owned farms have been broken down into thousands of large, long and thin allotments, each with it’s own multi-storey house – often with an antenna on top, looking like a replica of the Eiffel Tour!

We arrived at the Lake View hotel to learn that the Hangzhou carnival had just ended (bad timing) – and it seemed that the whole of Hangzhou were out on the streets around its famed West Lake (probably not as the population is 5 million). 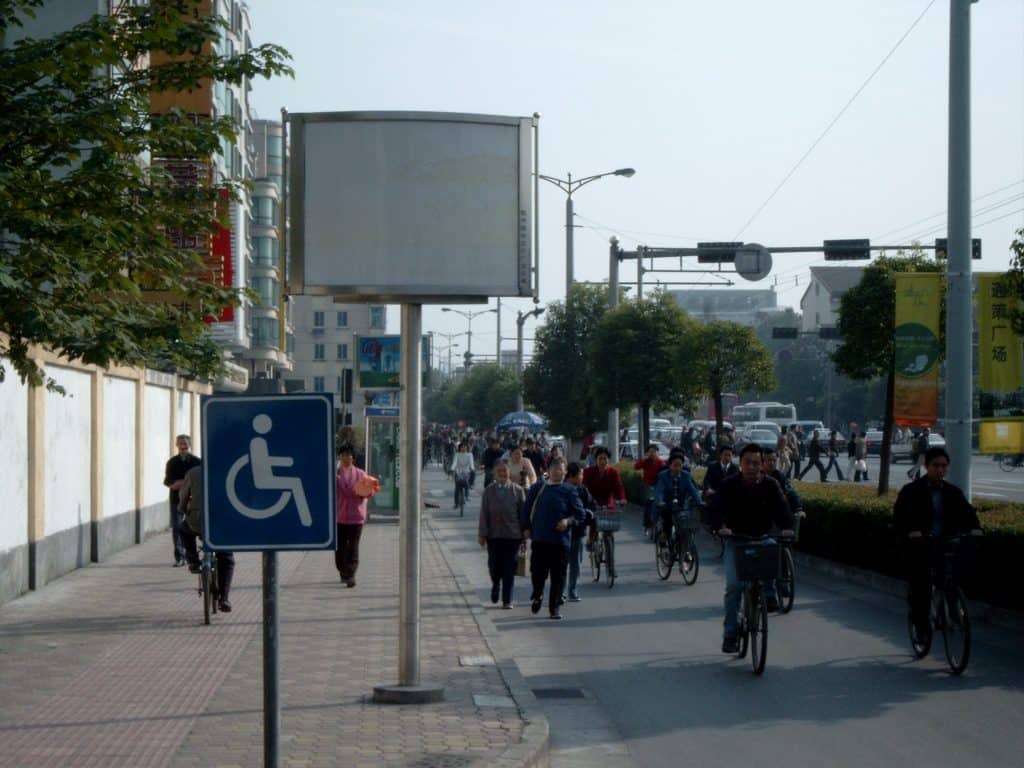 The rooms were a lot smaller than in Beijing, and on top of that, they wanted to fit in a baby bed for Daji – we decided it was probably better to put the two double beds together into one big bed for the four of us! We met Lars, Dorthe and Caroline – who’d visited Caroline’s orphanage in Hunan province – and had had a very good and positive trip. 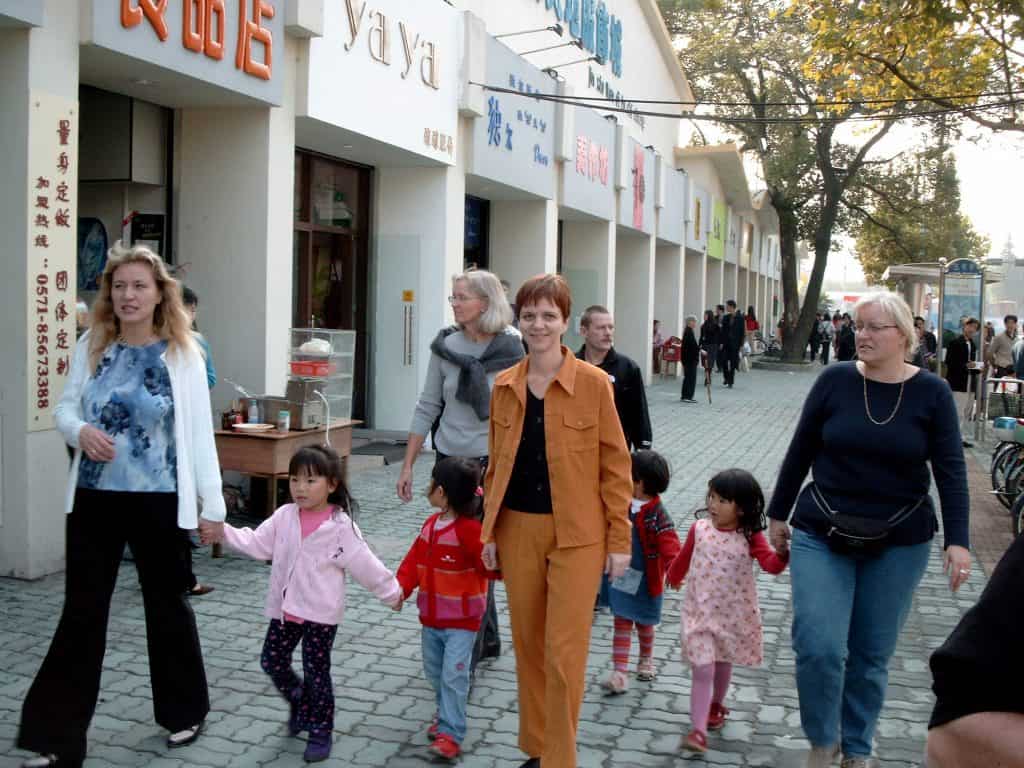 The weather was warm and sunny, and we went for an afternoon trip to the nearest supermarket in preparation of the next day. We generated a vast amount of interest – 7 westerners with 4 Chinese girls. One family gave Yanmei a balloon. 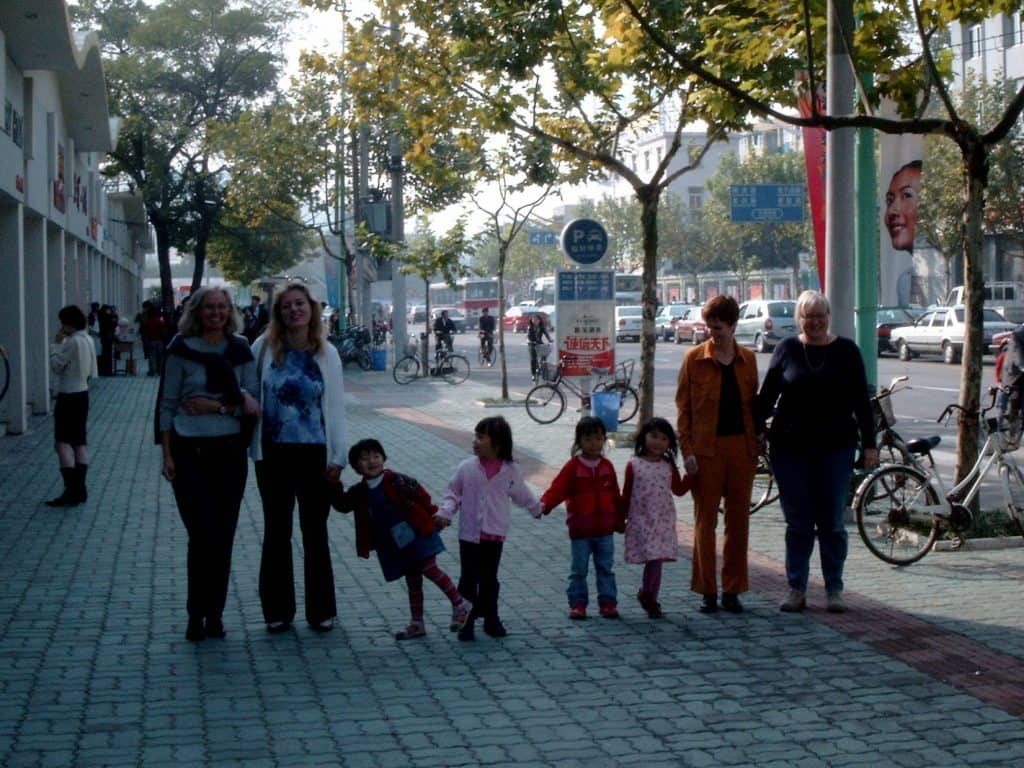 After deciding that the swimming pool wasn’t fit to swim in – resulting in four very disappointed little girls; the three of us went for our first walk along the lake – to the “lovers-bridge” and back. It was fun to see all the Chinese out for their Sunday evening strolls – and yet again Yanmei generated a lot of attention. The hotel was hosting a wedding ball and the bride and groom were waiting in the lobby as we returned. They agreed to pose for a picture. 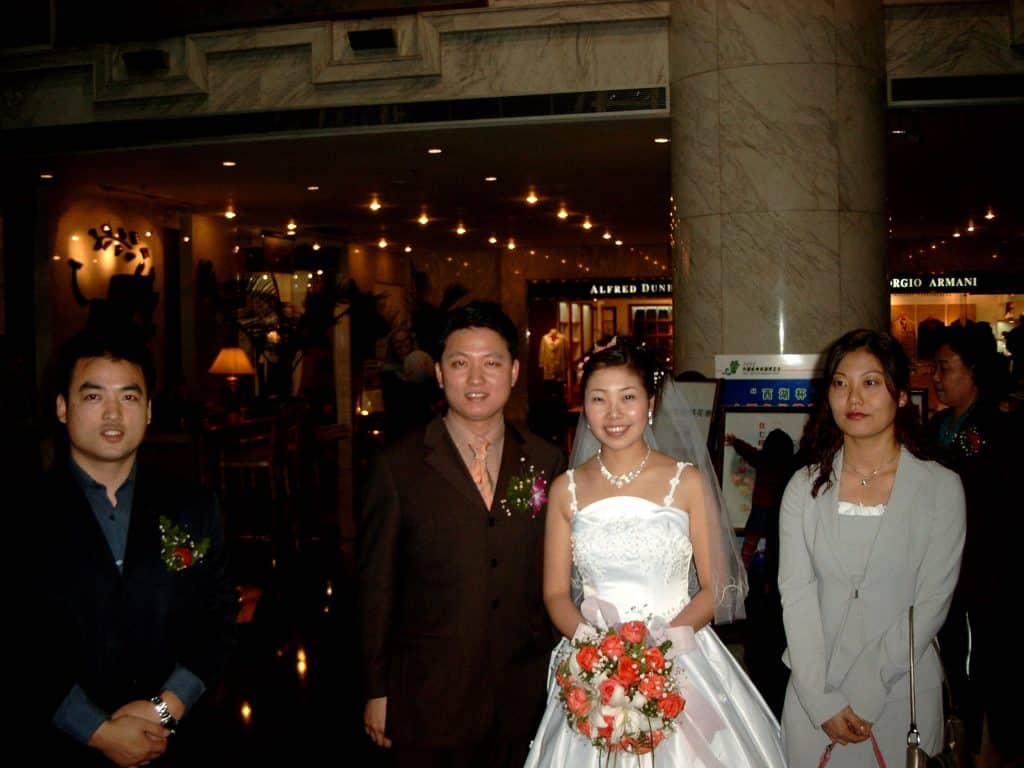 Dinner was at the rooftop western buffet – we could have been anywhere in the world, the food was mainly western. But they did have ice cream for dessert, so the girls were happy – although Yanmei preferred muscles and other shell fish to ice cream (so much for Christina’s warning not to eat raw fish and shell fish!).

This was the last day before Daji’s arrival, and the last day with good weather in Hangzhou – at least until the day we left!

We slept well despite the expectation of what the next day would bring.