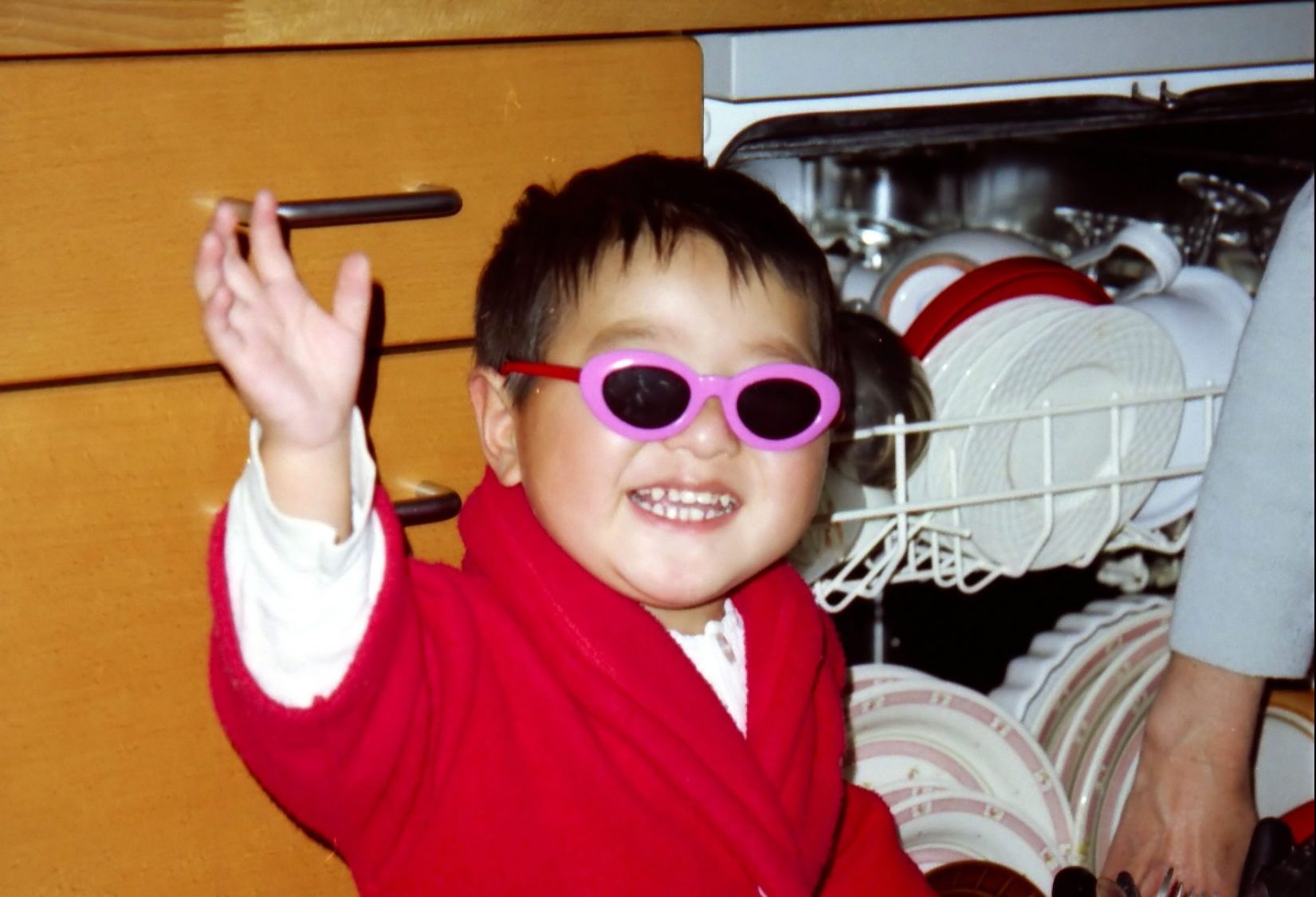 This was our last full day in China. Lene, Jens and Jimmy left, after breakfast, to go to the Danish Embassy – the consular section had opened specially for us, (for a not insignificant cost) so that we could get a Visa for our newly adopted daughters entry into Denmark, in their newly acquired Chinese passports. 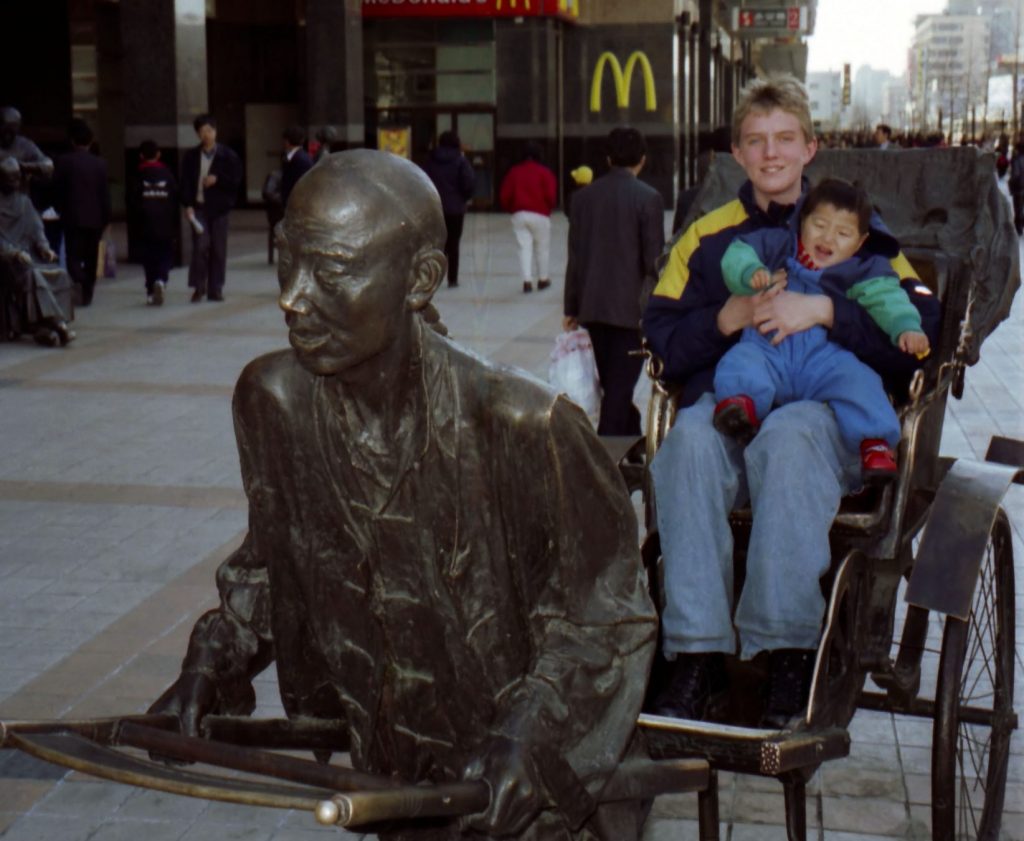 Whilst Lene was at the embassy, Thomas, Yanmei and Steven took a stroll along Wangfujing Ave., the main walking street of Beijing – not far from the hotel. Thomas was mostly interested in the sports shops – which we promptly visited. It was a cold and windy Saturday morning. We took a picture of Yanmei and Thomas sitting in a bronze statue of a rickshaw. [This was one of the few times that Yanmei was upset whilst we were in China. Funnily enough, we returned 2½ years later, and she was again upset when she sat in the same rickshaw!]. We went back to the hotel and waited for Lene to return. 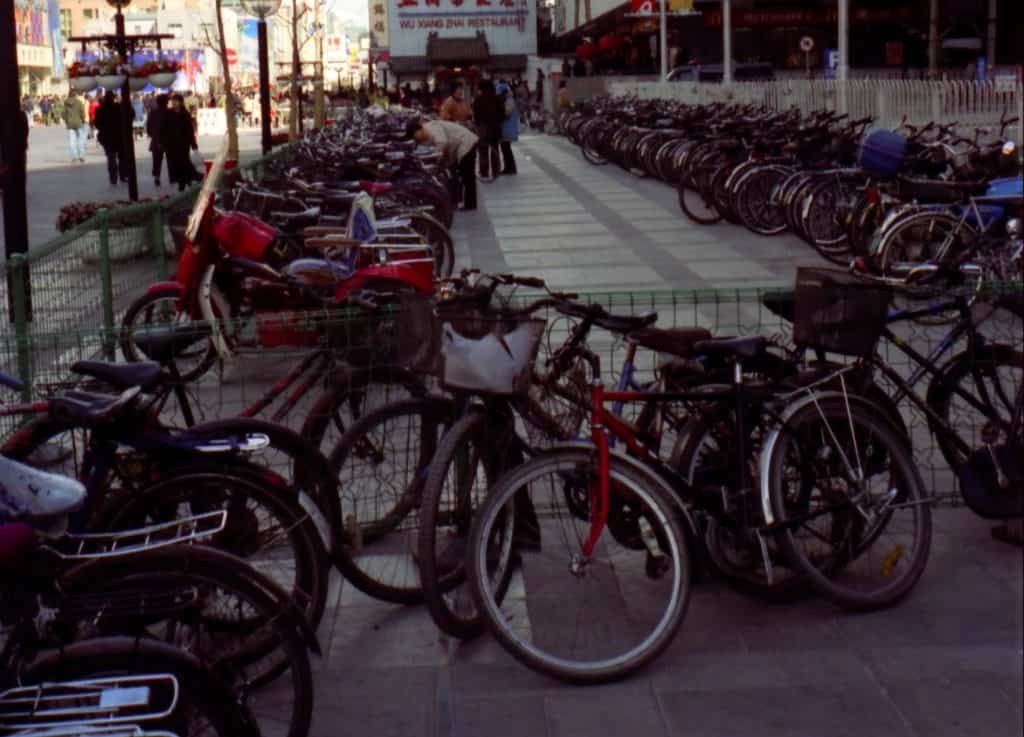 Just before lunch the group was off sightseeing again – this time to a park with a restaurant in it – I’m not sure where. The restaurant was packed with locals and foreigners – mostly foreign school aged children in all likelihood living in Beijing. 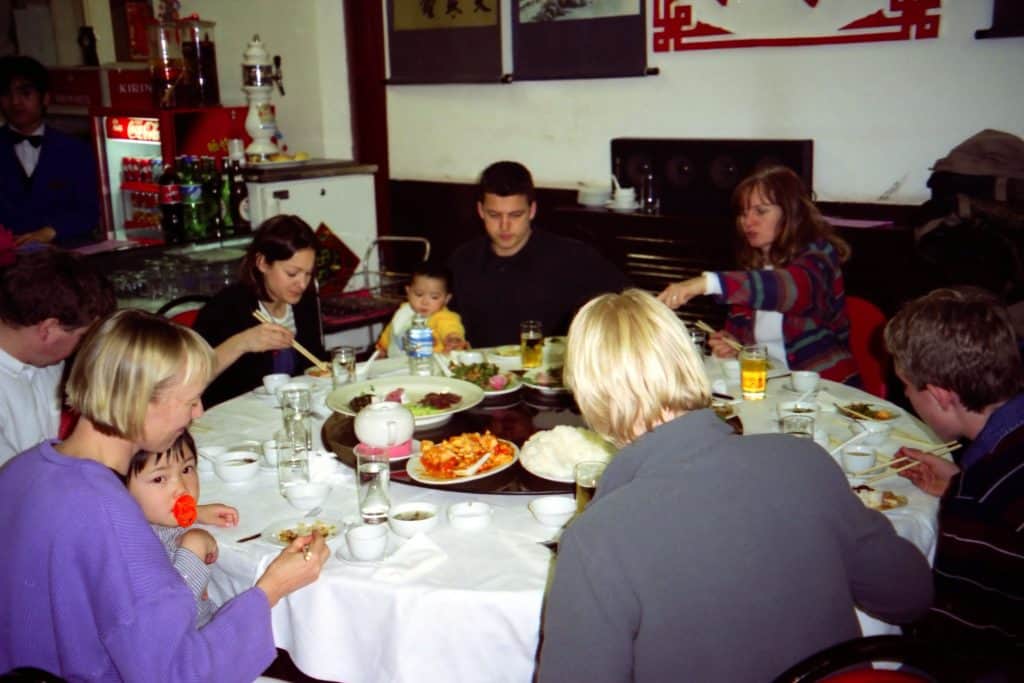 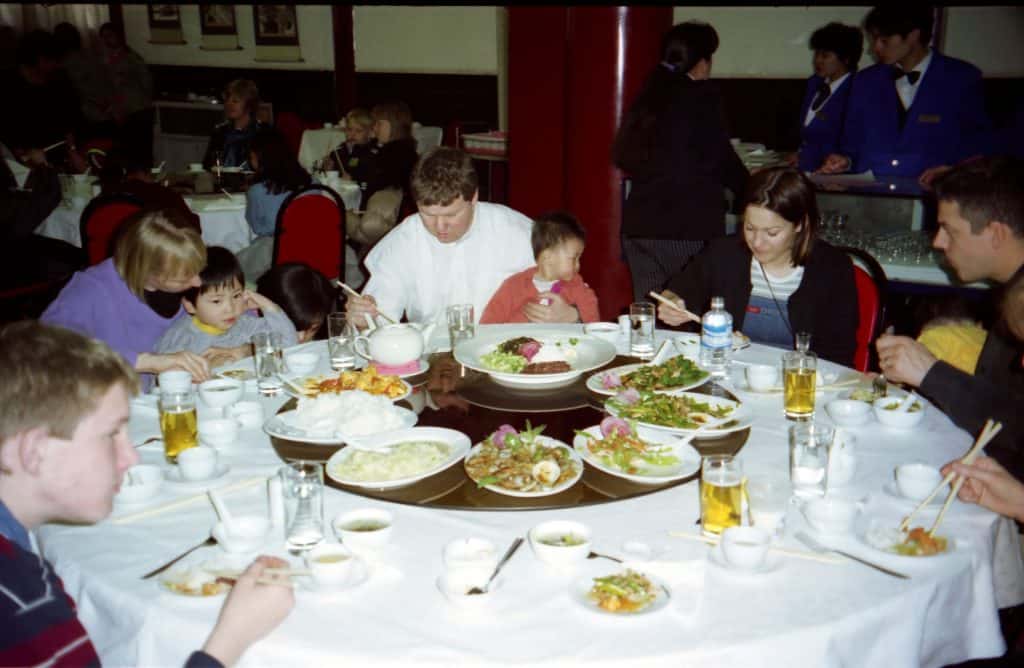 After the meal we had a short trip around the garden before heading off to the Pearl Market. We bought a few souvenirs and the next stop was the Silk Market (again). Here we spent an hour or so, and bought silk pyjamas for Lene and Chinese silk suits for Yanmei.

Dinner was supposed to be at a famous Chinese Peking Duck restaurant. The majority of the group decided that they didn’t want to go out and eat – so we ate the hotel, eating western food from the hotel buffet. 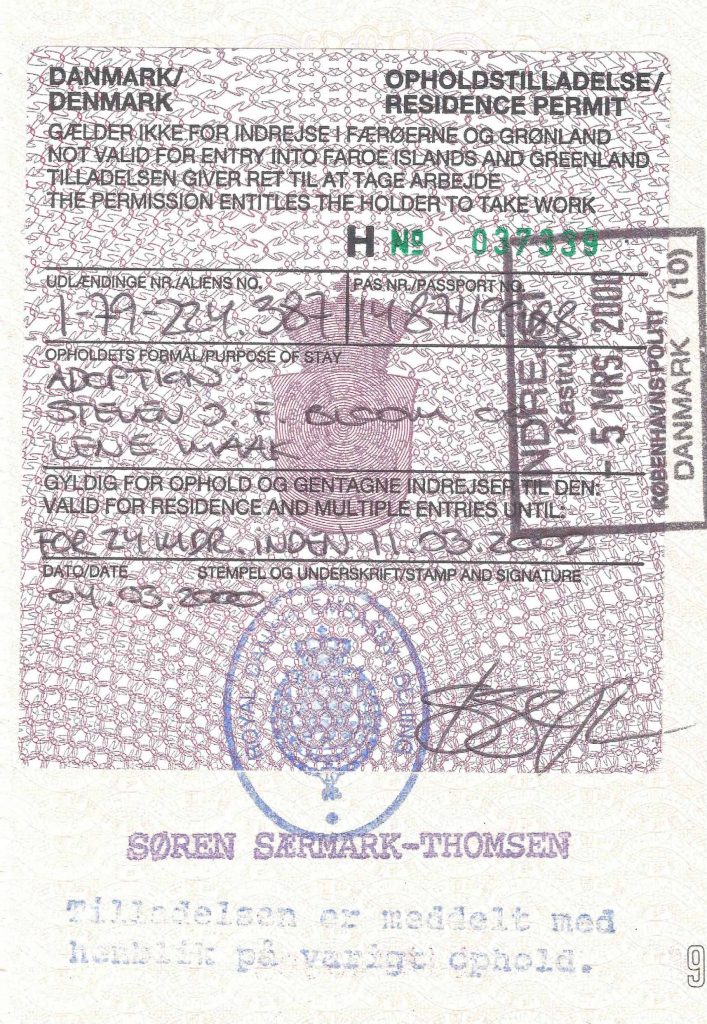 Lene and I took a late afternoon trip down the walking street, buying what we thought was 2kg of dried orange slices; but turned out to be dried ginger! We also bought a cardigan for Yanmei. We got back to the hotel in time to see Thomas changing Yanmei’s nappy – possibly the one and only time it will ever happen!

All in all we’d had a great trip to China. We’d seen some of the sights of Beijing, but not the Wall, and seen a piece of “real” China in Lanzhou. Yanmei was easy to have around, we really felt that we were on holiday – not coming to the end of an adoption process. Yanmei was already fully integrated in the family – she knew that she belonged with us, and is happy as long as she is with one of us – also if she’s alone with Thomas. So far Thomas and her get on well – thankfully. No brother and sister jealousy – but then again, Yanmei probably doesn’t (yet) even realise that Thomas is her brother!