What we were told

On April 19th 2006 we had the great pleasure of visiting the Jinchang Social Welfare Institute. Although we'd already been in China for almost 2 weeks and experienced so many things, this was the reason we were in China, and it was a great experience for us all - not least Yanmei.

Words cannot describe the experience. The pictures on the following pages are, at least for us, very fond memories of a day where the staff proudly showed off "their" children (and "old age pensioners") and their workplace. Everybody we met was warm and open and it shone through, very clearly, that they loved and cared for the children staying at the SWI. They were very interested to see pictures of the children that had been adopted of families around the world.

The actual visit to the SWI will be described elsewhere on this web-site. In this section I will concentrate on what the Director and the staff of the SWI told us about the orphanage. 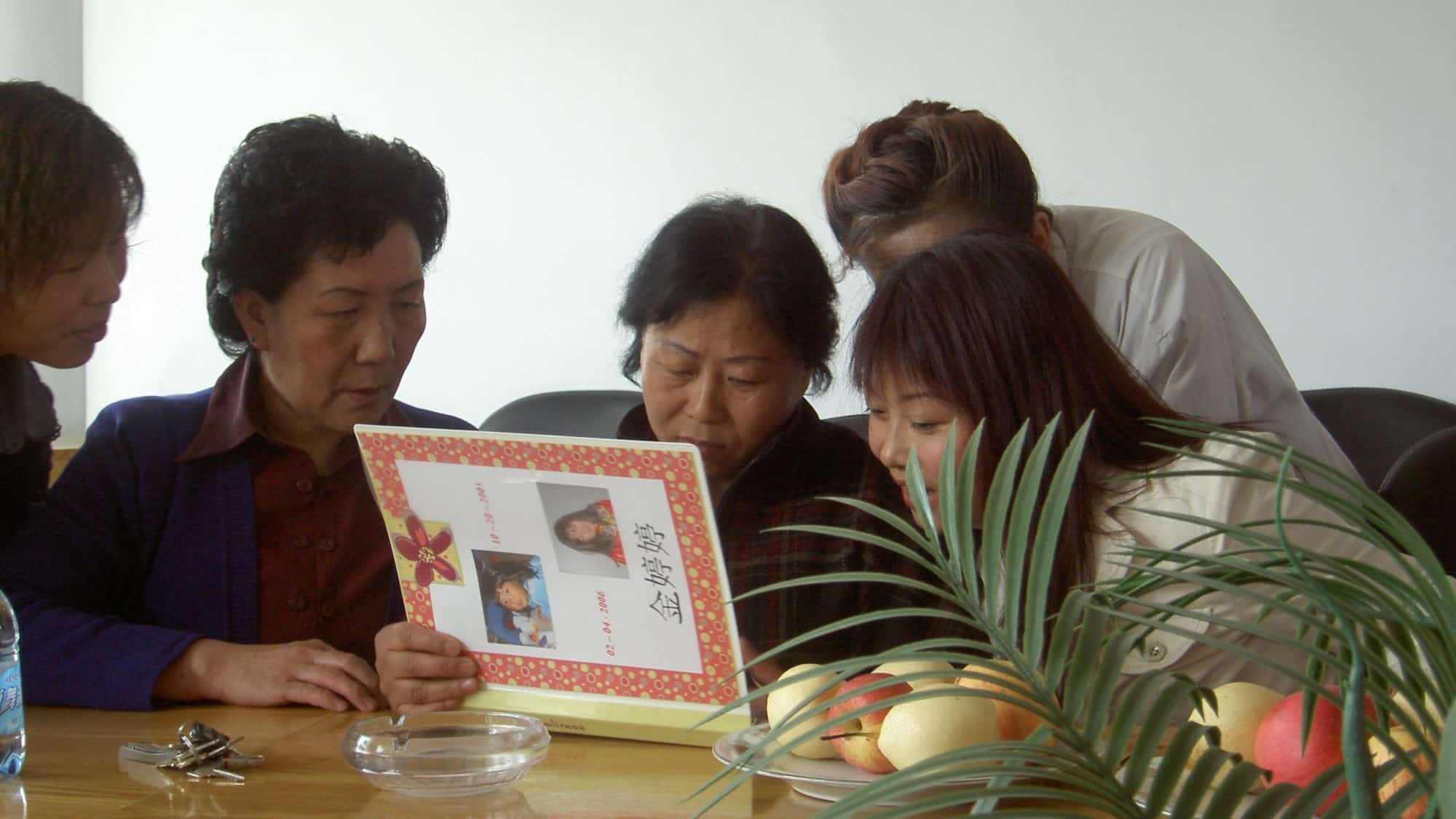 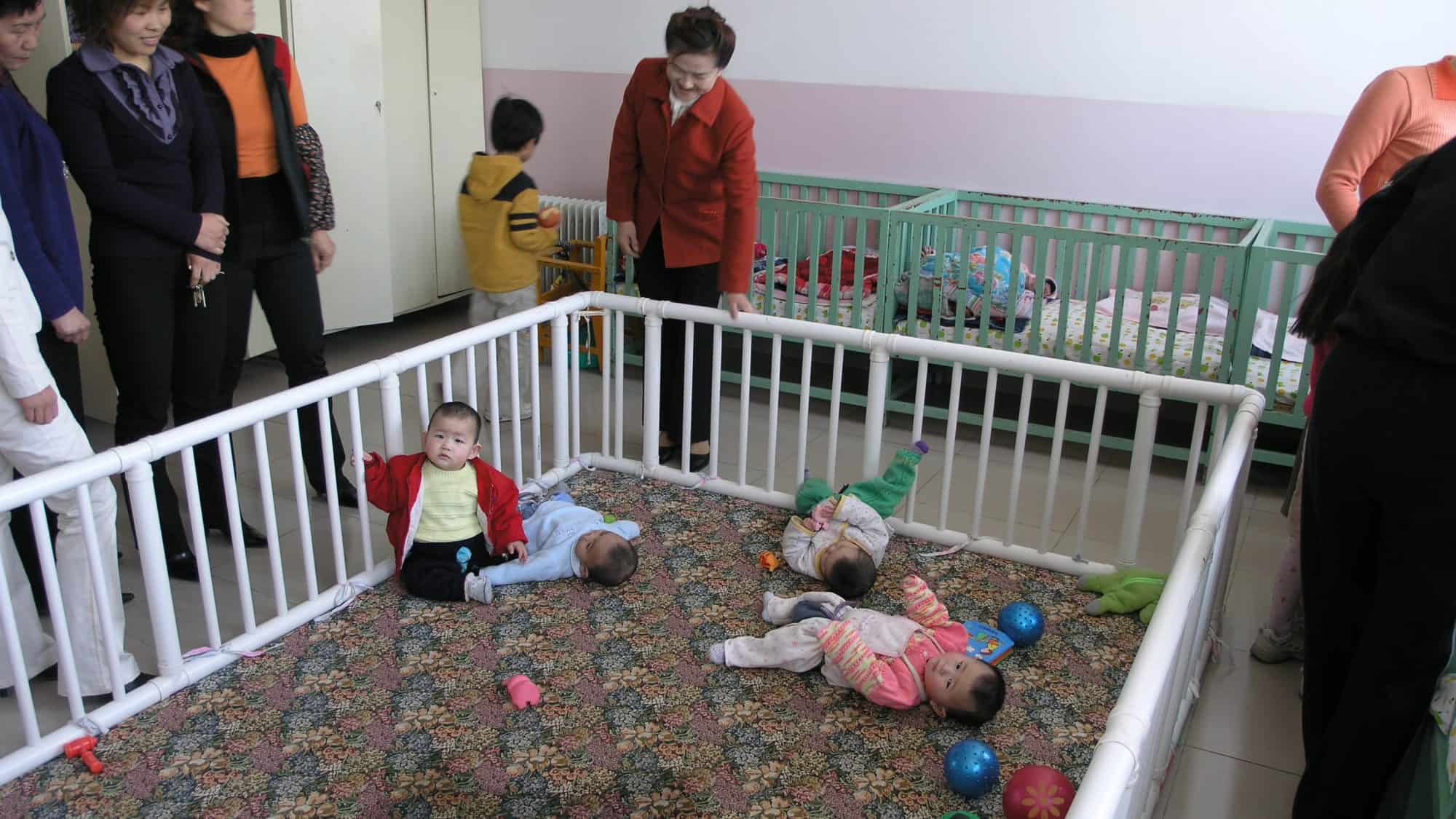 The main building contains 4 floors, the ground floor housed the classrooms for the kindergarten children, the first floor the rooms for the orphans, the second floor was administration of the SWI and a large meeting room and on the top floor was a large room with a stage and all the necessary lighting and music equipment to stage a real show – as were to find out later the same day.

The orphanage has a capacity of 120. Currently “only” 40+ children in the age from 7mths to 16 years are being cared for, the vast majority in the range 1 to 6 years old. Surprisingly there were roughly as many boys as girls, not surprisingly most of the boys were special needs children. The first children were adopted during the summer 1999 and went to the US; our daughter was the 13th child adopted, when she was adopted in February 2000. In April 2006, 175 foreign adoptions have taken place, the majority to the US and Canada, but also to Denmark, Spain and Sweden amongst others. 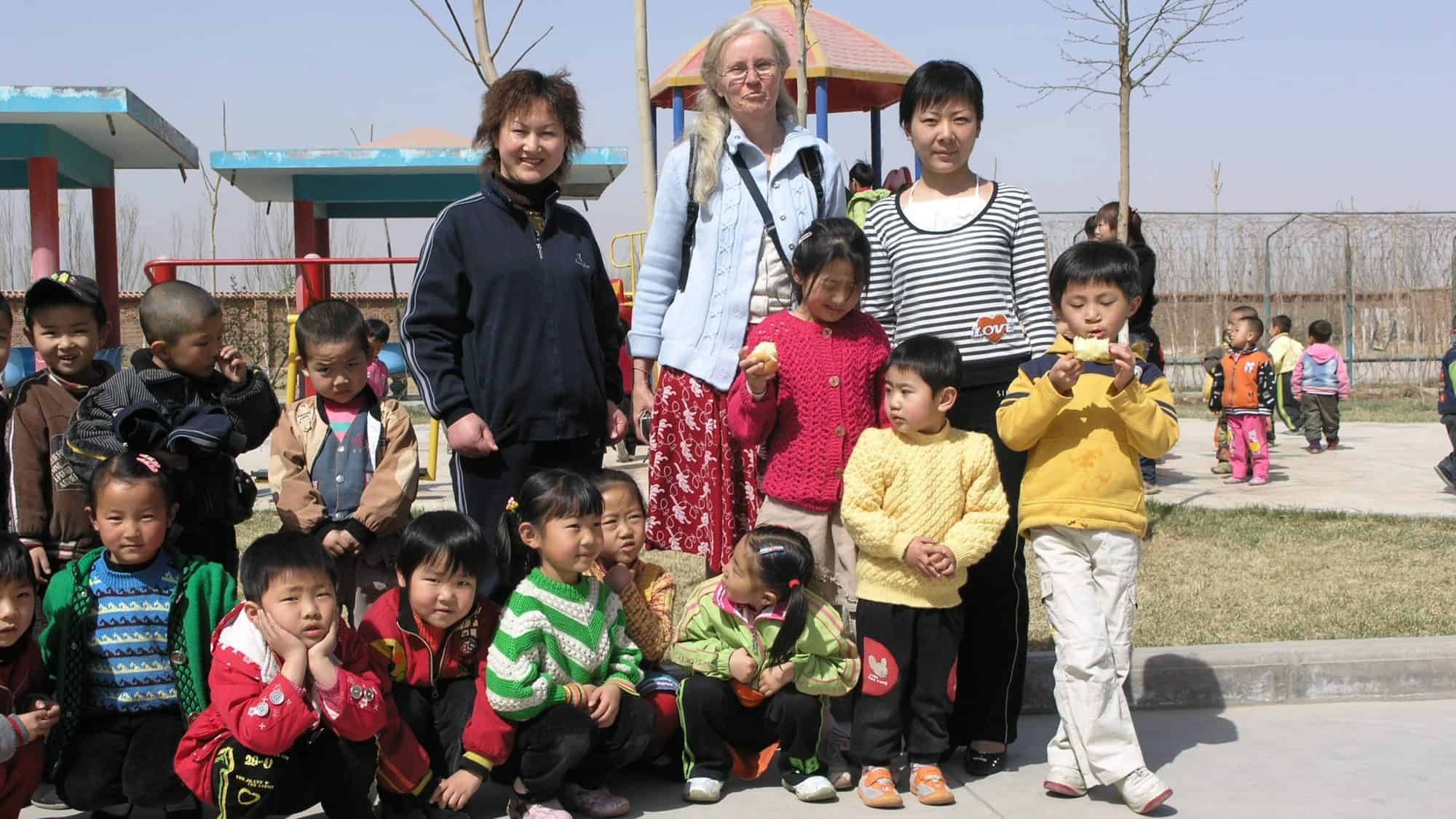 The numbers adoptions being made by Chinese families is increasing whilst the number of children being left at the SWI is decreasing. 5 children were adopted by Chinese families in 2005 and the Director expected this number to increase, a trend that not only applied to Jinchang but in the whole of China. “Only” 20 children had been brought to the SWI last year and 6 so far during 2006. The Director believed that with the increased wealth and better education/information of the Chinese people, the number of children being left for adoption would continue to fall, and it would generally be special needs children that were left to be brought up at the SWI. Children are usually left at a police station, hospital or outside the SWI.

Children from the orphanage are not put in foster care as in other SWI’s in Gansu. This is due to the fact that the Jinchang SWI is the most modern SWI with the best facilities and resources. Jinchang is currently the only SWI in Gansu that is open for official visits, according to the Director.

Children can stay at the orphanage until they were 18. They participate in the Kindergarten with the other children and attend the local schools. Of course, most of the healthy children are adopted at a young age and the older children are special needs children. However, there is a 16 year old girl at the home and she currently attends a local school. If she passes her exams enabling her to take further education, the orphanage/local authorities will sponsor her. Otherwise such children will be offered positions at the orphanage. 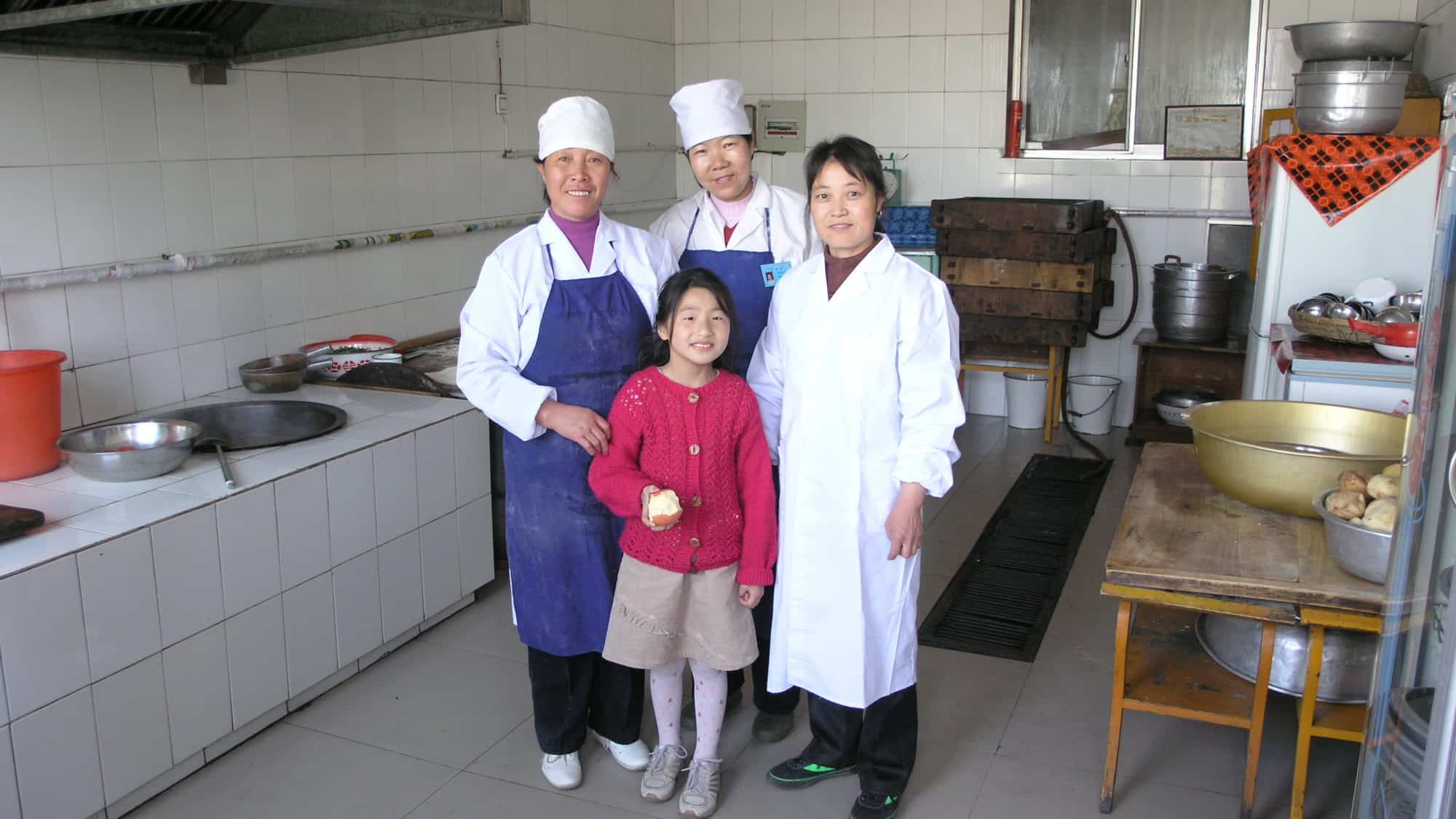 The SWI maintains a book containing information about all the adoptions that have taken place and a folder dedicated to each child, both those that have been adopted and those currently in the SWI. We were given the permission to look in Yanmei’s folder which contained the official adoption papers, her birth certificate and 4 copies of a portrait of Yanmei – probably taken to be attached to some official document. The SWI do not keep the finding ads which are published in a local paper.

The Kindergarten catered for ca. 120 children in the age range 3 to 5 or 6 years of age. The children attended kindergarten from 8am to 4pm, some of the children stay for lunch, whilst others were collected at lunch time. During the warm months the children spend a lot of time outside. Unlike Danish kindergarten children, the Chinese children are very disciplined – standing in line, being quiet when told to be quiet etc. etc. All the children were well dressed and clean and many were inquisitive. However most paid no attention to us at all – so we clearly didn’t look like we came from Mars. 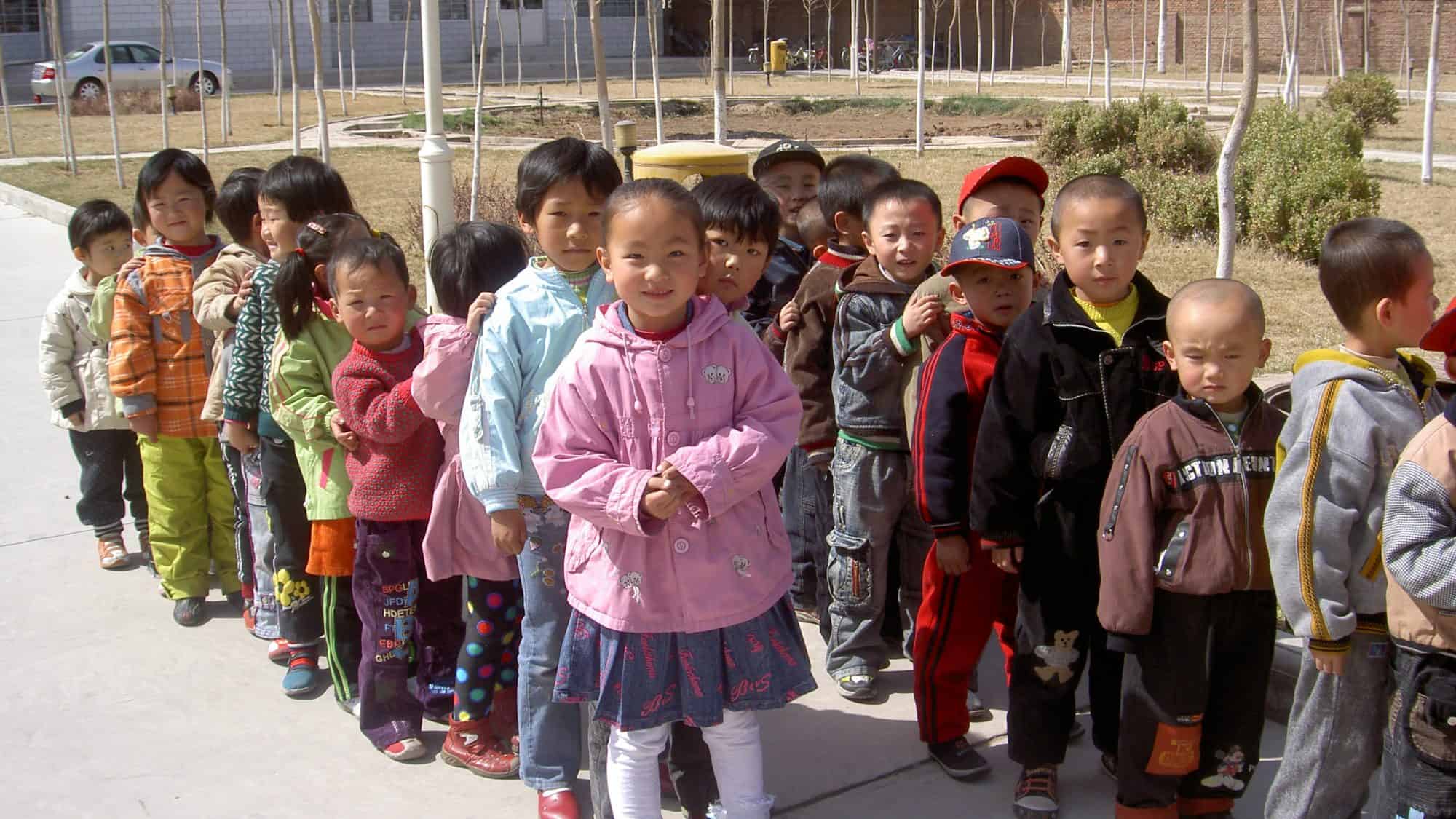 The home for the elderly currently housed ca. 30 people. Each person had a simple room with a bed, wardrobe, TV, table and chairs. The home has separate rooms for playing cards, exercises (including ping-pong and billiards), dining room and a discotheque equipped with a hanging crystal ball! The pensioners paid top stay at the home, but the amount depended upon their pensions and whether they had family to support them.

The children in the orphanage were split up after age. A child like Yanmei who was at the SWI for 30 months would have different nannies and been in different rooms during that time. We saw 4 rooms with children, two for smaller children, with ca. 10 children in each, and a larger room for the older, predominantly special needs children. Most have some form of brain damage, and one 12 year old girl is blind. 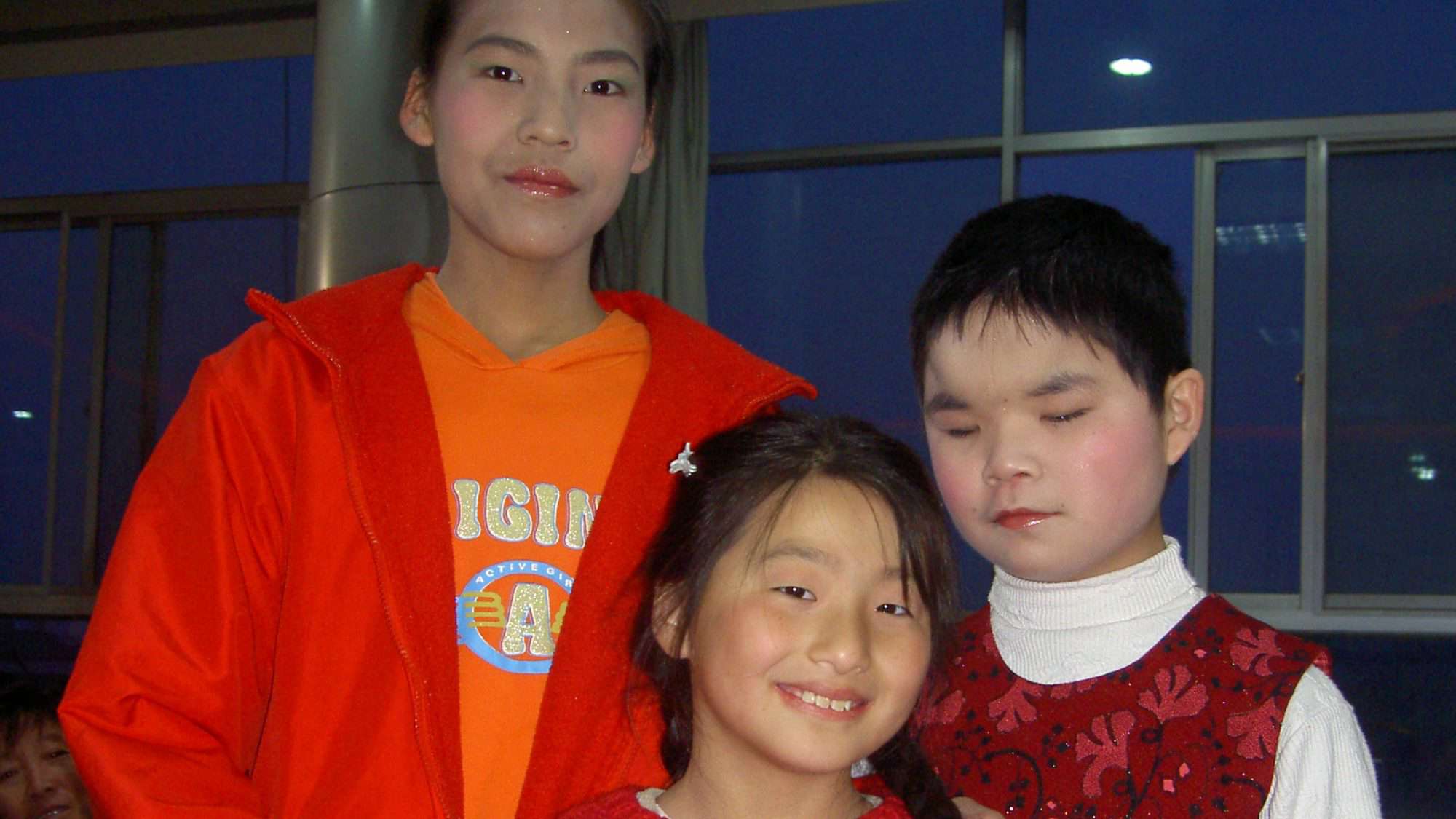 The rooms for the smaller children had a large play pen in the middle of the room, with cots along the walls. As can be seen some of the pictures, the smallest babies lie three in a cot – at least whilst we were there. The rooms were spotlessly clean with stand up toilets in each room. The nannies genuinely seem to care for the children and a long bed in the rooms, indicate that the nannies sleep with the children during the night. As can be seen by comparing the pictures from the old SWI and the current pictures, a number of the nannies have been at the SWI for many years.

Food for the children (both the SWI and kindergarten children) is prepared in a kitchen in a building next to the SWI – next to the kitchen lies a small dining room with yellow tables and benches. The home for the elderly has its own kitchen.

The Director is the leader of the whole SWI – i.e. the orphanage, kindergarten and the home for the elderly. We were told that there are 65 staff consisting of 13 teachers and 52 nannies, nurses and other types of workers, including one doctor. 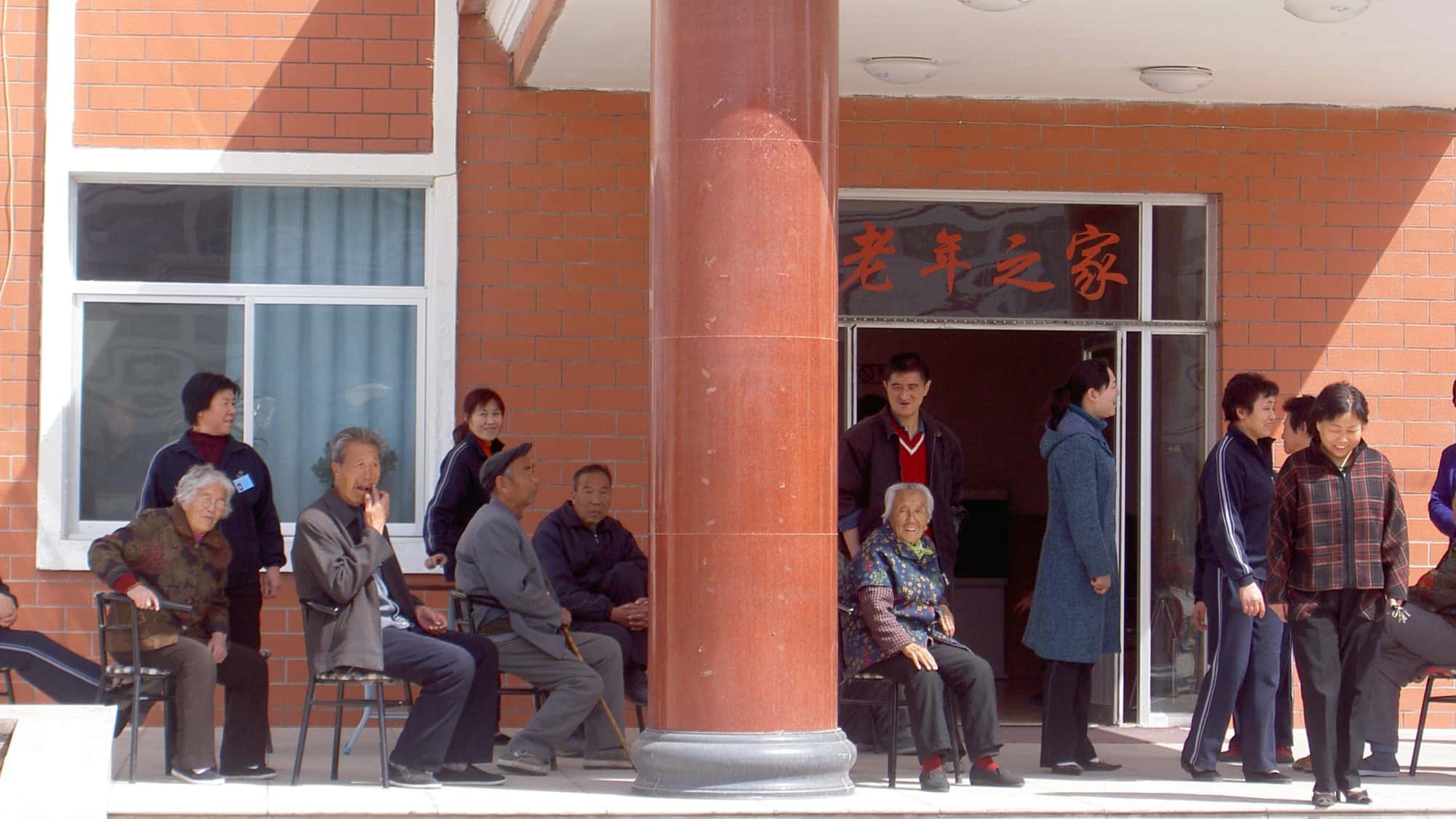 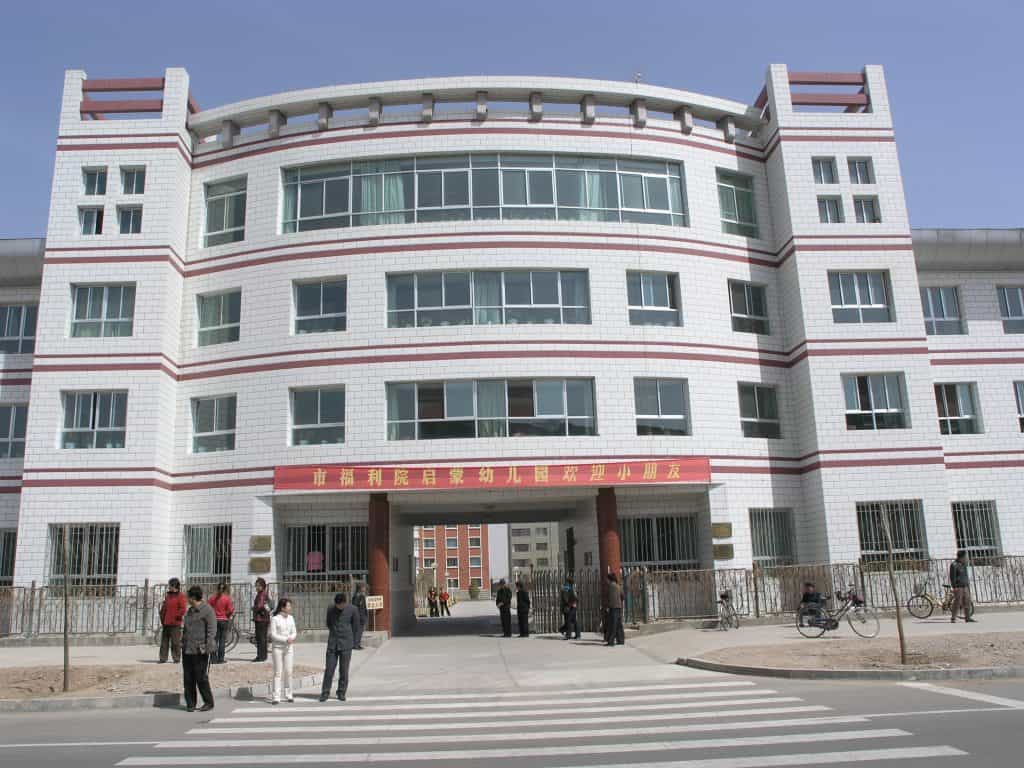 The overview page with an overview of all the information we have collected in relation to Jinchang SWI. 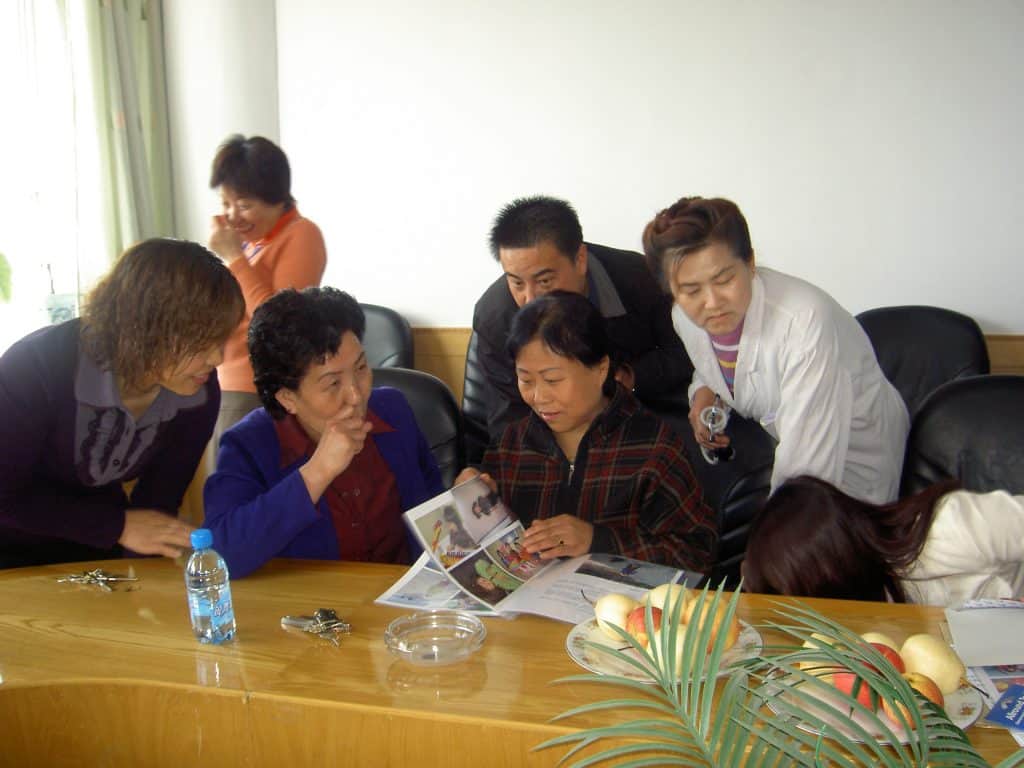 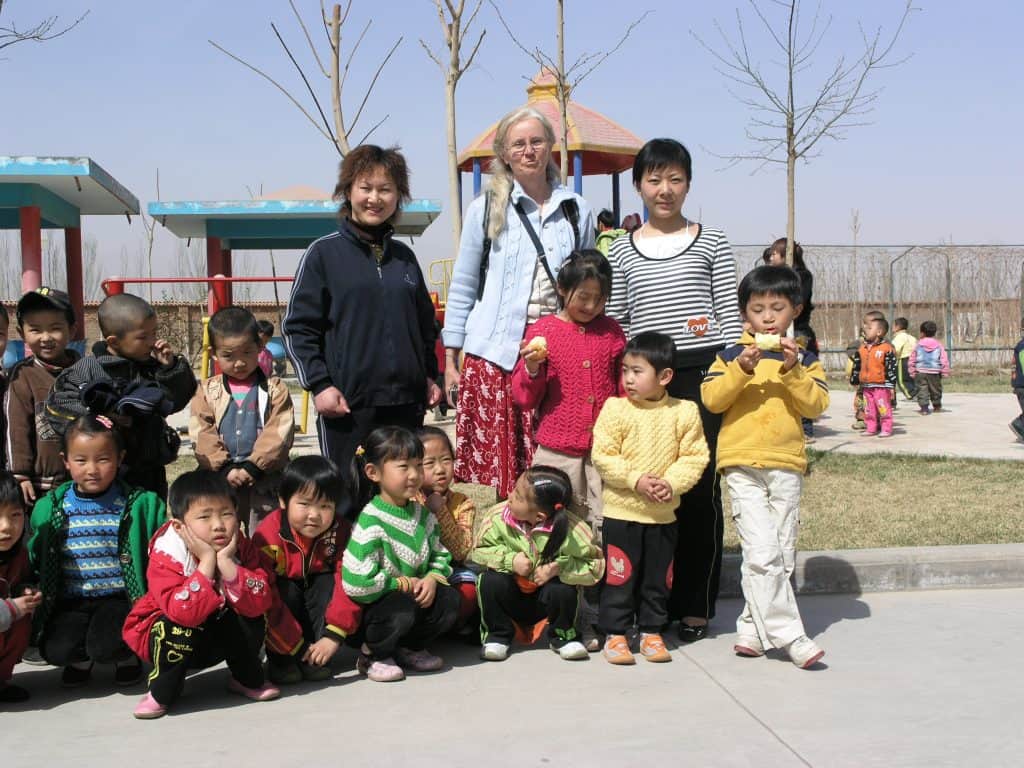 See pictures from the playground and kindergarten children outside and the old peoples home. 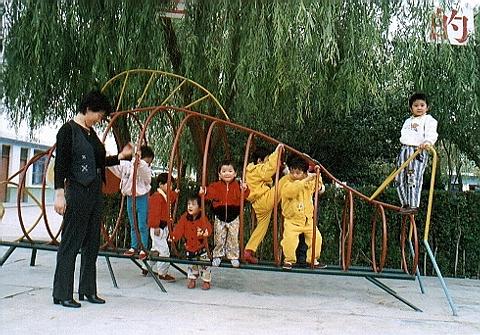 See pictures from the old SWI, the SWI Yanmei spent the first 2,5 years of her life. The new SWI is from 2003.